MEP
By clicking “Accept All Cookies”, you agree to the storing of cookies on your device to enhance site navigation, analyze site usage, and assist in our marketing efforts. View our Privacy Policy for more information.
PreferencesDenyAccept 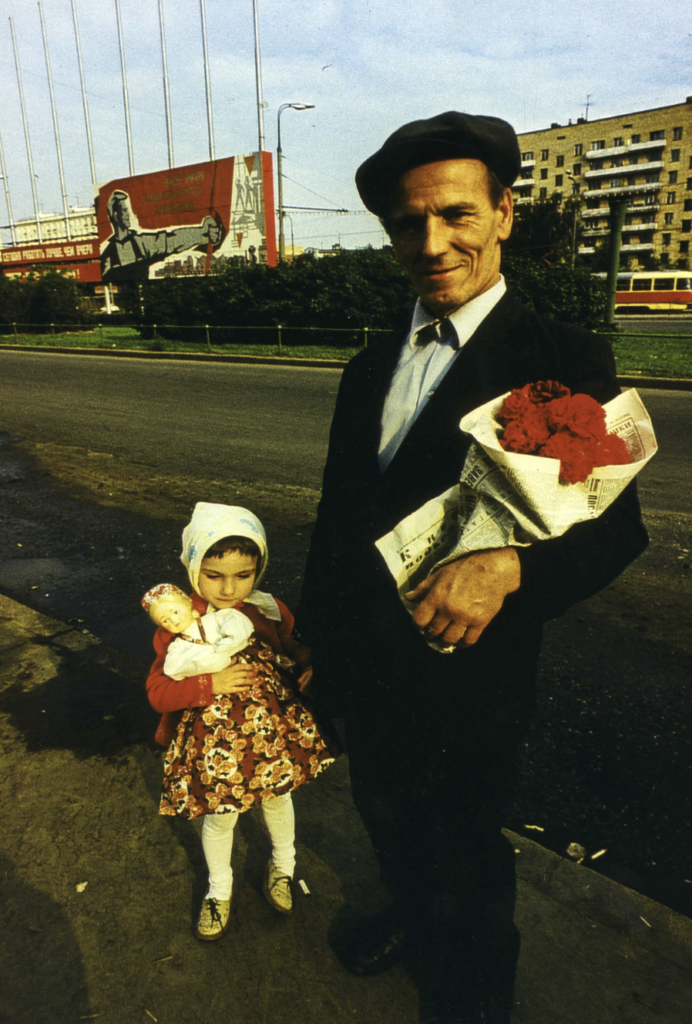 From the series "Red", 1968-75. Digital chromogenic print, 45.5 x 30.5 cm © Boris Mikhailov, VG Bild-Kunst, Bonn. Tate: Purchased with the assistance of the Art Fund (with a contribution from the Wolfson Foundation) and Konstantin Grigorishin 2011.

The MEP is proud to present the most important retrospective devoted to the Ukrainian artist Boris Mikhailov (born 1938 in Kharkiv). Now considered one of the most influential contemporary artists in Eastern Europe, he has been developing an experimental photographic oeuvre for over 50 years.
He has been developing an experimental photographic oeuvre around social and political subjects for over 50 years.
Boris Mikhailov's pioneering practice is at the frontiers of documentary photography, conceptual work, painting and performance. He
Since the 1960s, he has been reflecting on the upheavals that accompanied the collapse of the Soviet Union and the consequences, in Ukraine, of its dissolution. Conceived in close collaboration with the artist, the exhibition brings together nearly 400 works and presents some twenty of the most important series, up to the most recent.

‍
A varied body of work that crosses techniques
Mikhailov's work is based on very distinct series that vary greatly in terms of technique, format and approach. In an abundant body of work that proves impossible to classify, he challenges codes, using documentary photography for conceptual purposes. Crossing processes, he creates a dialogue between photographs and texts, but also between images in overprints and diptychs, and also uses blurring, framing or colouring to add a sometimes ironic, poetic or nostalgic reading to certain prints.
Superimposed viewpoints and double reading
In "Yesterday's Sandwich" (from 1965), the artist randomly superimposes two colour slides, creating enigmatic and surrealistic works that divert the viewer's attention from the original.
enigmatic and surrealistic works that hijack official imagery through scenes of
scenes of ordinary life. In the images, an ambiguous and poetic reality appears that embodies the contradictions of society, made of both beauty and ugliness.
Deconstructing propaganda images
and questioning the collective memory
In the installation "Red" (1968-75), the artist brings together more than 80 colour photographs taken in his native city of Kharkiv. Juxtaposing scenes of military parades or political rallies with views of the urban landscape or more intimate moments, he introduces an element of red into each image. The red, present everywhere, diffuse and contagious, evokes the omnipresence of the communist regime, which interferes in individual stories and collective memory. Translated with www.DeepL.com/Translator (free version)

Thank you! Your submission has been received!
Oops! Something went wrong while submitting the form.
MEP
Paris
France
September 7, 2022
|
January 15, 2023
Website
Back to Events