Split-second images of Japan's dark side 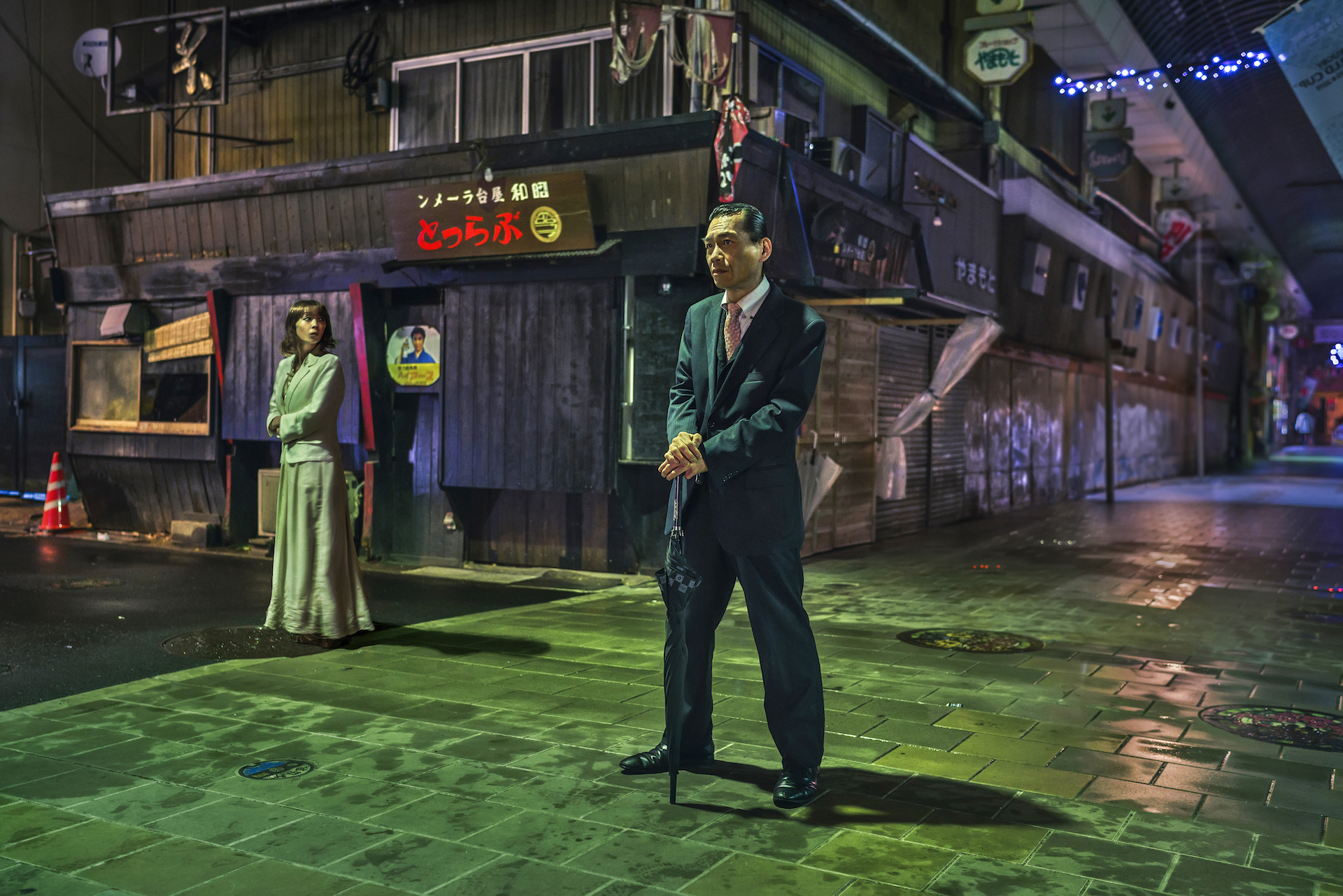 © Nicolas Boyer | Portrait of a middle-rank yakuza monitoring prostitution in his sector. Because one of his men made a mistake years ago, he had to cut himself his own little finger in a ritual called Yubitsume (指詰め - "finger shortening"). Beppu, Japan - May 2018.

Japan is a country of the hard-working class and produces high-tech industrial products. This glossy show window hides individual tensions and obscure cultural habits. French photographer Nicolas Boyer used a combination of photojournalism and staged photography to show his interpretation of Japan in his book Giri Giri. "Even though I work mainly as a photojournalist, I was looking for a personal view of Japan".

Japan has often attracted many photographers, who usually bring back the same kind of imagery, like mount Fuji, taken from every thinkable position. But Nicolas Boyer was more interested in the unknown hidden side of the country of the rising sun. He wanted to step aside from the Instagram kind of images, often made in an aesthetically pleasing style. The result is a collection of highly anomalous and sometimes uncanny pictures. Some pictures are surreal in style, but Boyer says not to have been influenced by French surrealism. "I am more influenced by the funny side of life, like the British humour."
‍

One striking exemplary photo is Beppu, a portrait of a middle-rank ''yakuza'', a criminal gang member who monitors prostitution in his sector. One of his men made a mistake years ago, so he had to cut his own little finger himself in a ritual called "finger shortening". The man in a suit leaning on an umbrella stands firmly in the green neon light. On the left, we see a prostitute. The picture looks like a staged advertisement photo, but apparently, that's not the case. Nicolas Boyer explains that this picture shows the scene exactly as he found it. "I met this guy on that spot, and we discussed for 30 seconds. I asked him if I could take a picture. As soon as the girl saw me taking the shot, she walked away out of the frame. So, I really shot this scene very quickly—in two minutes. It's a mix between a portrait, which is always kind of staged, and a spontaneous situation that was exactly how I had seen it."

Another photo taken in a dark gate entrance showing a man in Tokyo with a black tattoo on his back is actually a staged photo. The caption explains: "This image is that of a double erasure: the physical erasure is of a yakuza tattoo replaced by an enigmatic black rectangle. The other erasure, social in nature, is of a person who wanted to "erase himself" to escape his creditors (and the gang to which he belonged). When someone loses face in Japan, they have to leave to save their honour; this very important phenomenon (about 100,000 people a year) was accentuated during the 1990s crisis. These people are known as the "evaporated" people". Boyer explains that he found this man with the help of some contacts and looked for a suitable spot to portray him. "This was the entrance of the garage parking with a metallic frame. And I found his tattoo an interesting contrast in a very rough atmosphere. So, it was a staged portrait as well, but the story is real".
‍

The majority of the pictures in the book were real situations, some staged, but, given the often surreal situations, all of them might seem staged. Nicolas Boyer does not make a strict distinction between different kinds of approaches. "This is a mix between a personal series and the subjective atmosphere of the country. Journalistic photographers have travelled all around the world, and their pictures might look similar, but when you interweave personal aspects in the photos, it becomes weird. I was looking for an environment for an advertisement picture that looks real".

For Boyer, who has been working as an art director in the advertisement world, postproduction is an integral part of the final picture. "I think it's interesting to mix a gallery-like aesthetical aspect with real situations because it gives you this puzzlement of not knowing which world you are looking at. So, I try to help in the postproduction of my picture, to achieve what my eye has seen, or how the sensor has captured the light, without indulging in an exaggerated kitschy form of HDR".
‍

Giri Giri in Japanese means something like "close call". In one picture, we see a striking example. Two drunken men lie on the tracks of the metro line in Osaka, both with cans of beer in their hands. The metro is dangerously approaching, and a collision can occur at any time. "This kind of situation happens every day, especially in Osaka. You see drunk people everywhere after 6 pm. I found the way they put themselves in danger interesting. There is a lot of stress in Japanese society. Everybody has to work very hard. It has never been a happy country".
‍

In some photos, we see alcoholism, an increasing phenomenon in Japan. In one photo taken in the evening in Nagoya, we see a couple in front of the Prada shop. The woman seems to be helping her drunk friend get up. The theatrical highlight coming from a lamppost gives a surreal character to the scene. In another photo, we see a pre-wedding photoshoot of a couple while two drunken men are sleeping on the pavement by the right.

The brothels form another aspect of Japan. Boyer photographed geishas in the red district of Kyoto. In one photo, contrary to expectation, the geisha walks in a futuristic, dark and uncanny parlour. "In every city centre, there are many bars with hosts and hostess. So, there is a sexual atmosphere everywhere in Japan. But, in contrast, Japanese society is ageing and has strict social rules that can produce a very bizarre situation".
‍

Many pictures in the book Giri Giri treat the theme of a typical Japanese social obligation phenomenon in which the society rules above the individual. "I was not intentionally focusing on this theme, but the more you travel in Japan, the more you find situations that represent this formalism and conformism. The individual had no place in the total of the society. But the young people don't want to conform to this societal model anymore".

Nicolas Boyer first worked in finance, then as a copywriter and an art director before he became a photographer. He decided to study photography at the famous Gobelin School of Images in Paris. On completing his studies, he started working as a freelance photographer for French newspapers like the Libération. Boyer made several series like Detroit and Iran(s).