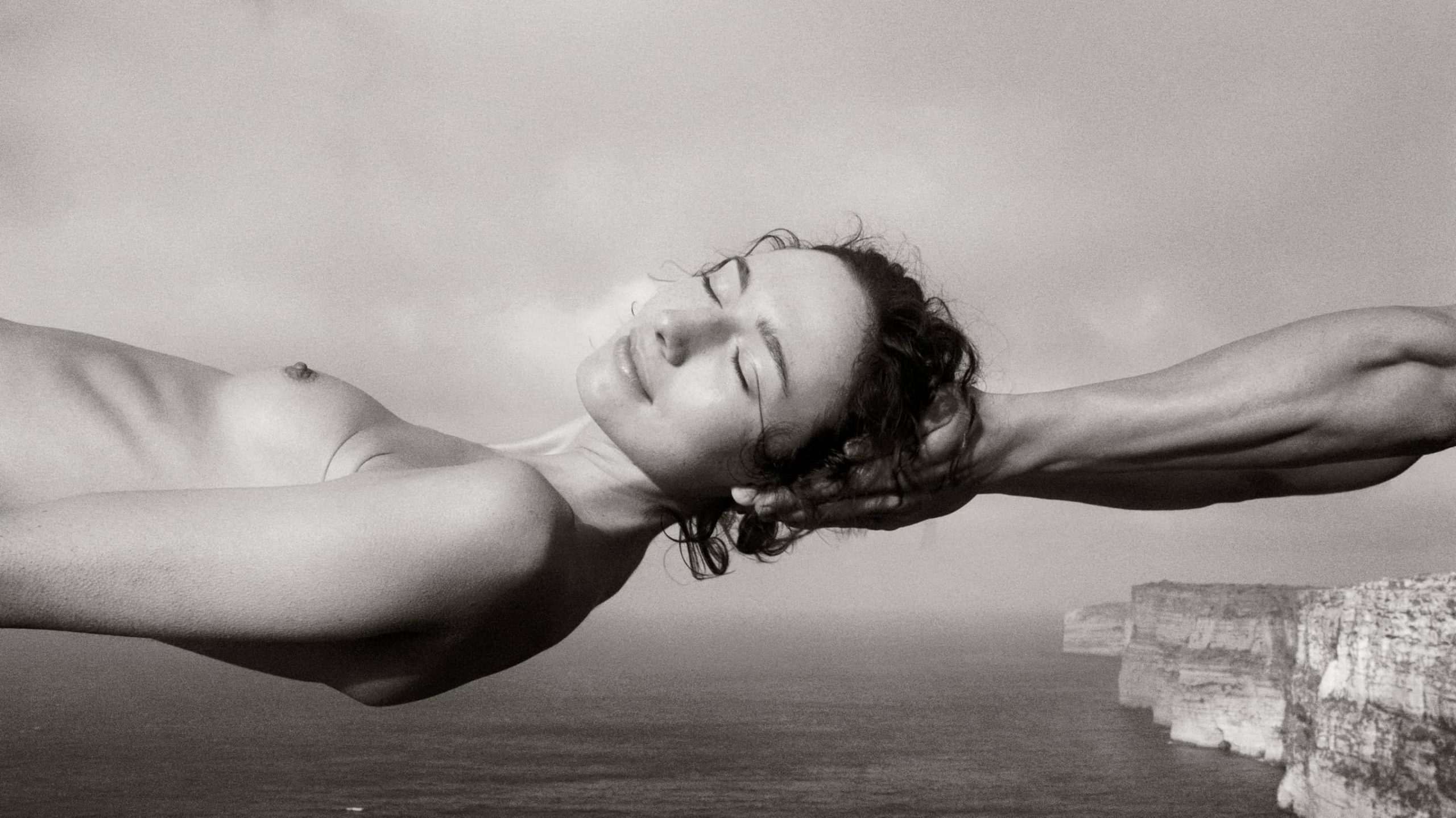 From September 24, the second exhibition of the autumn season "Two Hundred Seasons" is open in Fotografiska,which is a thorough overview of the work of photographer Arno Rafael Minkkinen during the last five decades in 30 different countries. The works of the Finnish-American artist, in which he always uses his body, express the relationship between nature and man.

‍
The exhibition does not provide a direct chronological introduction to the photographer's work, nor is it a retrospective exhibition. Instead, the artist, who has been working independently for more than 50 years, focuses his work on depicting an existential human condition. An attentive visitor may notice that a thin horizon line runs along the outer walls of the exhibition. Swinging birch trees, singing birds, howling owls and bulls croaking on the shoreline create a sensual experience.
According to the curator of the exhibition, Ellen K. Willas, what makes the photographer special is that from Minkkinen's early works in the early 1970s to the present day, his artistic handwriting has remained timeless and aesthetic. "I do not know anyone else in art history whose vision, consistency and proficiency would have remained so steadfast for more than fifty years. Although his photographs can be conceptually associated with artists such as Bruce Nauman, Lucas Samaras and Cindy Sherman, Minkkinen is so unique as Minkkinen that it does not fit into the frames of others, ” introduces Willas.

‍
Maarja Loorents, co-founder of Fotografiska and director of the exhibitions, finds that the work of the photographer fits for the autumn-winter season of the exhibitions precisely because of the Nordic nature, as the pictorial mood is familiar to our local viewers. “Arno Rafael Minkkinen is a lively classic who, in his pure and black-and-white aesthetics, brings the audience beautiful and crisp views from Finland, Norway and further places. His work is like poetry, which tells of deep feelings that draw us into nature,” describes Loorents.

She adds that Fotografiska Tallinn definitely wants to continue introducing Finnish artists. “Next to Pentti Sammallahti, Minkkinen is already the second top artist of our neighboring country, whom we can proudly show on the gallery walls of our house. He is an inspiration and an example to many. ”
Arno Rafael Minkkinen was born in Helsinki, Finland in 1945, but emigrated to the United States six years later. After graduating from college in 1970, he began photographing self-portraits, while working as a commercial writer for Madison Avenue.
Minkkinen is currently Professor Emeritus at the Lowell University of the Arts in Massachusetts and an Associate Professor at the Aalto University of Art, Design and Architecture in Helsinki. He has worked for decades as an international curator, lecturer and essayist, and has organized workshops around the world. Minkkinen's works have been published and exhibited in many parts of the world, including more than 75 outstanding museums and collections such as the Pompidou Center, the New York Museum of Contemporary Art (MoMA), the Tokyo Metropolitan Museum of Photography, the Kiasma Museum of Contemporary Art in Helsinki and the Moderna Museum in Stockholm.

‍
The exhibition "Two Hundred Seasons" can be seen in Fotografiska Tallinn from September 24 to January 30.

Thank you! Your submission has been received!
Oops! Something went wrong while submitting the form.
Fotografiska
Tallinn
Estonia
September 24, 2021
|
January 30, 2022
Website
Back to Events