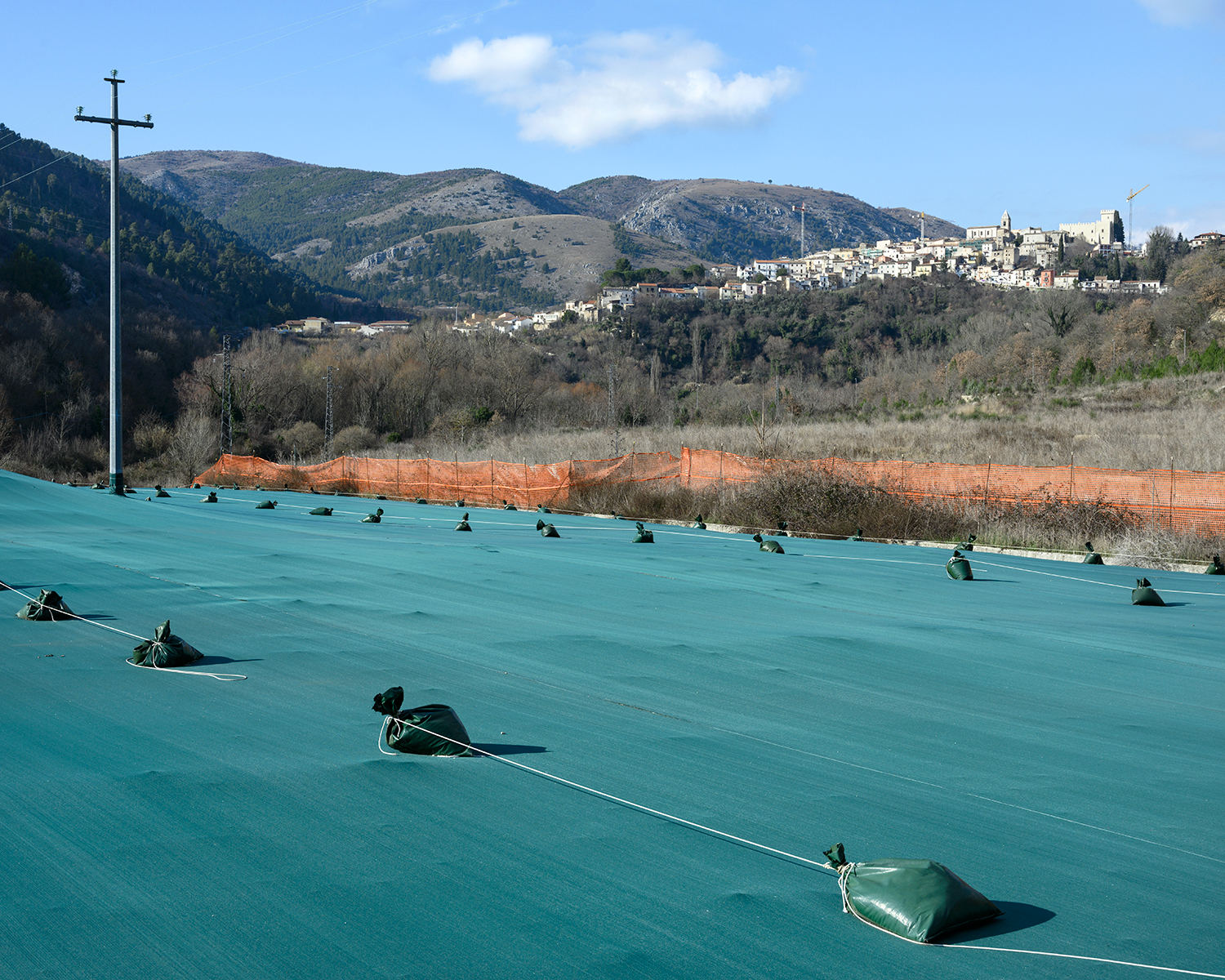 S.I.N. is a photographic documentation project that focuses on current issues such as pollution and environmental protection. My series is a study that comes from the desire to contribute to the protection of our planet and aims to raise awareness among those who ignore environmental issues. It concerns the so-called Siti di Interesse Nazionale (SIN), i.e. specific areas declared by the Ronchi decree as highly polluted and with a high health risk. In Italy, there are 12,482, potentially contaminated areas, and 38 areas that are considered as highly polluted.

I photographed three SIN areas in central Italy: The municipalities of Bussi Sul Tirino and Piano d’Orta in Abruzzo Terni, the small hamlet of Papigno in Umbria and Orbetello in Tuscany. All of these sites located near natural and tourist areas; in addition, there is similar pollution. In all polluted areas, there are former factories of the mining and chemical company Montecatini (1888-1966) with active or abandoned chemical piles, asbestos in a pulverized state, and huge dumps that form in the valleys or are stationed underground.

Matteo Capone (Rome, 1997) graduated in 2020 on the Istituto Europeo di Design in Rome (IED) in photography with honours. This institute allowed him to deepen and learn about the world of photography, and to grow as a person as an author. The visual arts have always intrigued and fascinated him. He chose to become a photographer to get to know different places, people and cultures, to express his feelings and to contribute to social issues.

The Verge
Belfast Photo Festival takes audiences to The Verge with 2022 programme.
News
•

Seb Agnew
Are we still able to focus in a world so full of stimuli?
Inspiration
•

Allison Plass
In my series Hold Me Tight, I explore moments of vulnerability and intimacy between my husband and two teenage sons.
Inspiration
•
Prev
Next
Back to Magazine
By clicking “Accept All Cookies”, you agree to the storing of cookies on your device to enhance site navigation, analyze site usage, and assist in our marketing efforts. View our Privacy Policy for more information.
PreferencesDenyAccept