Ancient relationship between Gold and Religion

I use gold leaf on my images to seal my memory 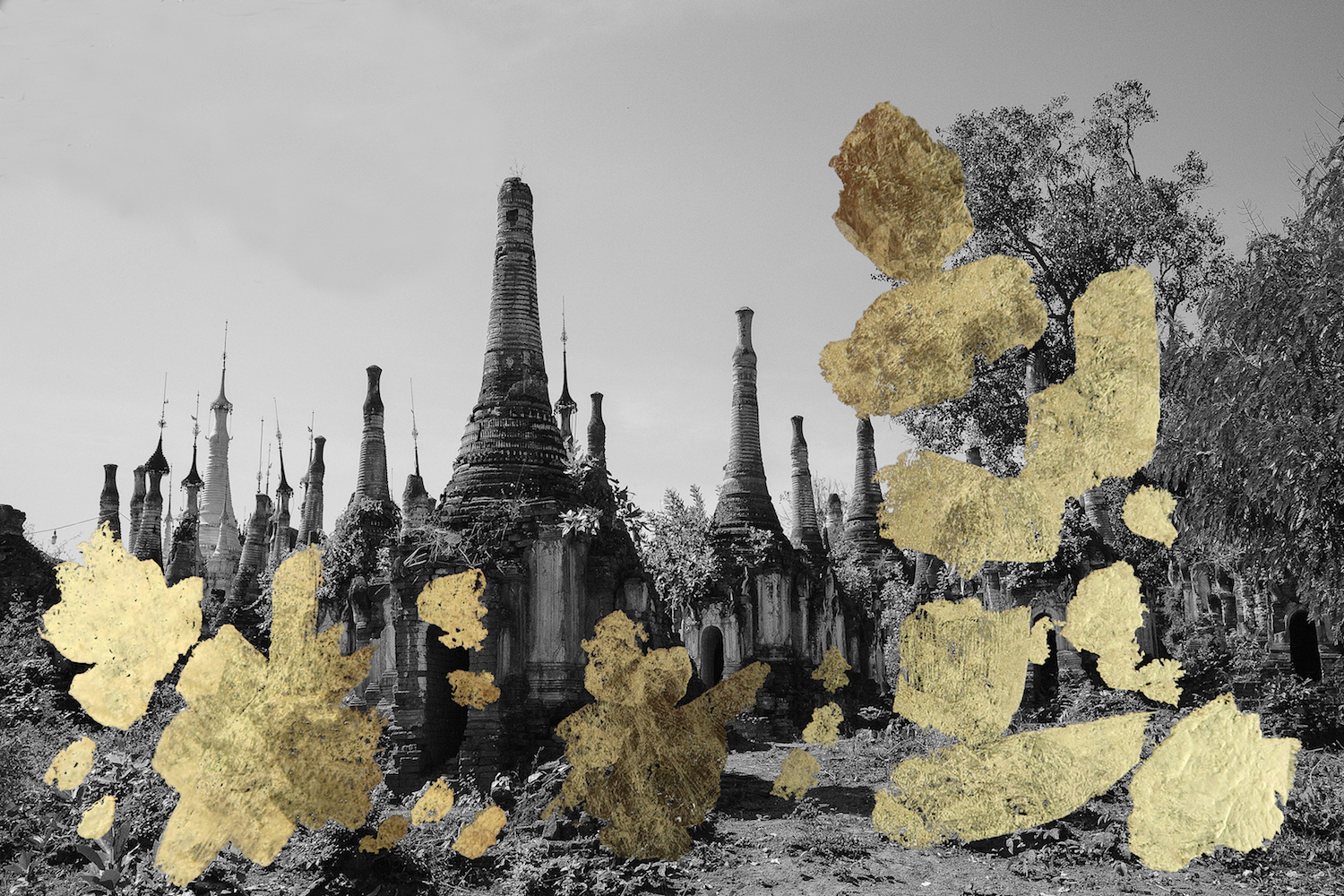 The series Kutho is inspired by a Burmese concept of merit carry out by Buddhists on a ritual that involves covering relics with gold leaf. Leaving a gold mark is exclusive to male devotees for merit-making towards better karma. Women, in the guise of an impure status, are forbidden to approach. Religion and spirituality are two sides of the same coin that sometimes play antagonistic roles. All over the kingdoms of Indochina, in a similar way, monks and nuns are other topics to see the place of women in Religion nowadays. To go beyond persistent stereotypes, I think that liberation of the soul is an endless work in progress. I care about how an offering affirms the idea of the next life and empowers us by being used as a tool for that purpose. Gold and Religion have an ancient relationship. The series talks about Power associated with Religion and the relationship between the visible and not visible, cult and occult, and parallels between universes. I use the same leaf to seal my memory with the gold light, which grace I cannot access and post a question about the duality of human nature on those cultural orders that are such assimilated that not seen.

Andrea Alkalay is a visual artist currently based in Buenos Aires, Argentina. She holds a degree in Industrial Design, so materials and forms have always been tools to highlight concepts on their symbolic presence. She uses photography as a way of thinking, looking for the poetic and political potential that arises from the observation. Another line of inquiry of her practice is the voyage. The condition of foreignness and displacement is a source of inspiration and explores photography’s ability to manipulate perceptions of reality. She is interested in the discrepancy between what we see and what we know. Her work has been exhibited abroad by being awarded, to mention: Sony World Photography Awards 2021, Siena Awards 2020, RAK Festival (UAE), Tifa 2019 (JP), Arte x Arte, the 8th Photography Biennale Tucumán (AR), IPA 2017, Premio FINI (MX), Estación Mapocho (CL). In 2018 Urban Territories series won first place at the Light Festival Argentina with an exhibition at the Museum of Fine Arts in San Juan. In 2016 Uncertain Nature author photo book was published. During 2020 she was on view at The New Gallery (Canadá), BAphoto, Photo London, represented by OdA Arte.

Light as A Tool of Contemporary Storytellers

Trapped in a golden cage

Roxana Savin
The gated community as a social and psychological laboratory.
Portfolios
•
Next
Back to Magazine