Gidropark as a love letter to grandma

Nostalgic photographs of a park in Kyiv 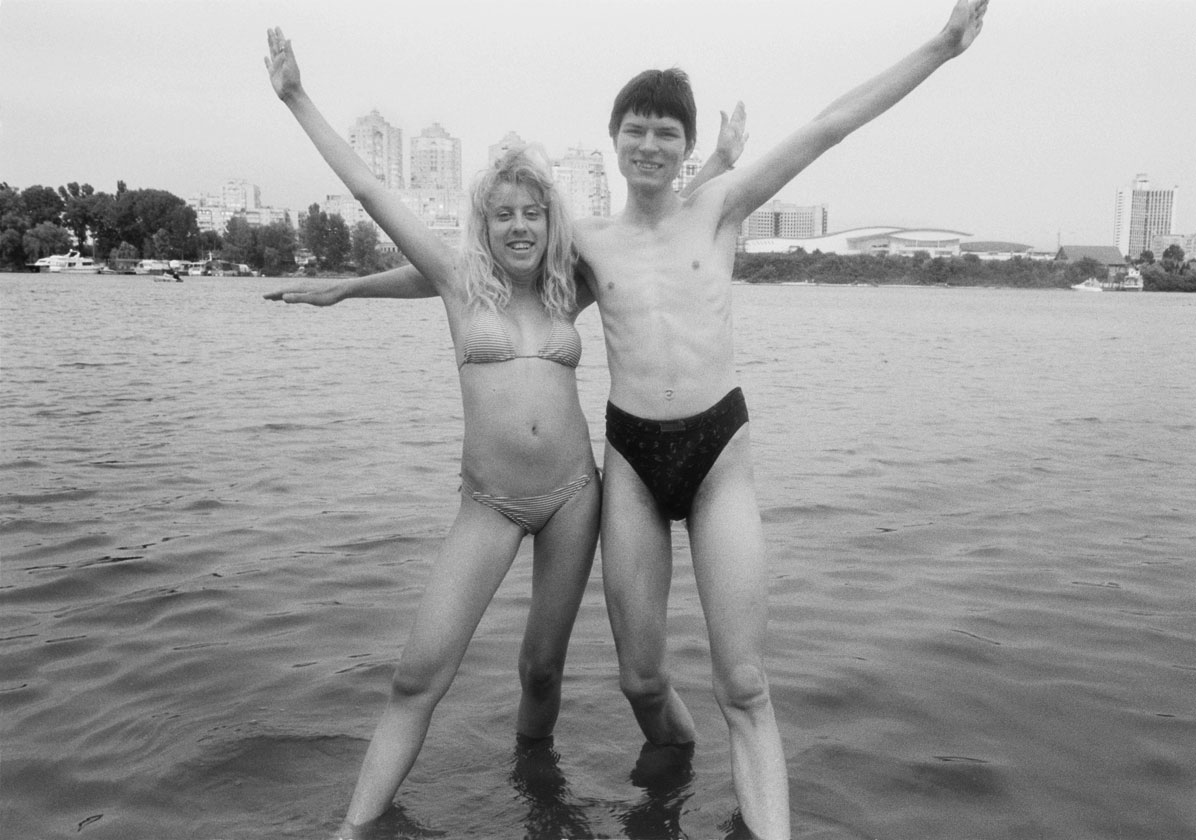 The cover photo of Gidropark by New York-based Ukrainian-American photographer Yelena Yemchuk shows a young couple in the water,  dressed in old-fashioned swimming costumes and having a good time. These pictures of the Soviet version of Coney Island were taken during the long period of the Ukraine’s transition away from Russia. "The project became a love letter to my grandma."

In 1981, as an eleven-year-old Yelena Yemchuk left Ukraine with her family. Even though it was hard to get a visa and leave the country, they managed to emigrate to the USA, travelling with only a suitcase . Young Yelena left behind memories of a happy and carefree childhood. "I was not aware of the political situation at that time. But I knew I should never tell other people what my parents said at home. When we left, I thought we would never return to Ukraine again. It was a very dramatic exit. I had to leave to my grandma and cousins, to whom I was very close."
‍

In 1991, when Ukraine became independent, Yemchuk went back for the first time. "In my childhood, we were taught at school that there was no God, which was serious propaganda. On returning to Ukraine, I saw how religious the people were."

After independence, the economic situation for the ordinary people was shocking; there was hardly any food. "The people had to buy bread with coupons.”

The second time she returned was in 1996, after graduating from art school. "From that time on, I travelled to Ukraine almost every year, and I started taking pictures. It was still a very tough time. There were a lot of gangsters, KGB guys and a lot of corruption; the mafia was the old government. But the population was fed up with it and didn't stand for it anymore, like what happened during the Maidan revolution."

From 2005 to 2008, Yelena Yemchuk created the series Gidropark, a park on the island in the Dnieper River in the centre of Kyiv, where she used to go as a child. "Everybody who lived in Kyiv went to the Gidropark in the summer. It was the park of my childhood. I have many photographs my uncle took of my cousins and me. Living in the States, I totally forgot about it. When my grandma got older, she remembered more of the past than the present, and she always talked about the Dnieper River. In 2015 she passed away just before I arrived in Kyiv. While I was mourning her passing away, friends of mine invited me to have lunch at Gidropark. I was surprised, thinking that it did not exist anymore. Once in the park, I constantly took pictures. Later I realised the project became a love letter to my grandma."

Back in New York, Yemchuk looked at the photos she shot in the park and realised she had an actual project. In the years after, she continued shooting in the Gidropark, which she would call a soviet version of Coney Island. "I focused on the characters in the park rather than what they were doing there. I saw the people had so much joy and affection for each other."

Yemchuk felt very at ease taking photos in the park. "In other countries, people would ask me why I took photos of their children. I think it helped that I was Ukrainian and a woman. Thanks to a natural gift I happened to have as a photographer, people just relax around me. It was important to show the Ukrainian people in a different light. We are so used to seeing people from eastern Europe, these babushkas with a bucket, selling cucumbers. But look at these ordinary people! Look at their faces; they are incredible people! I also wanted to show the humour and the surrealist atmosphere without making it sentimental. Ukrainian are big jokers. There is an intelligence in their humour. The Ukrainians like the strange darkness. I wanted to show all these aspects in this project."
‍

In a certain way, Gidropark reminds the spectator of Martin Parr's book The Last Resort, full of ironic views of the British lower class enjoying the weekends at the beach. Yet there is neither cynicism nor consumer criticism in Yemchuk's photos. Her work is honest and open. "I don't like to criticise my subjects. I don't make fun of somebody. I have to be a participant. For instance, there is a photo of a naked lady and her gangster boyfriend. I saw them from far away, and I couldn't help myself approaching them. They were open to share their joy with me. The naked woman had her best time. They were cracking up. I wanted to capture the fun that they were having. I don't ridicule them. It is essential to have empathy in my work."

How does Yelena look back on her pictures of peacetime in Kyiv, knowing war is waging and parts of the outskirts and satellite towns have been heavily shelled during the brutal Russian invasion? "The first weeks, I just sobbed, and after, I felt I had to get a grip and try to help any way I can, like fundraising. It actually makes me cry when I see all the faces in the photos because I have so many friends there. Also, I started a project in Odessa, where I went there three times a year. The people I got to know there were young, and many of them stayed in Odessa. They are so resilient. This new generation gives me hope."

Born in Kyiv, Ukraine, Yelena Yemchuk immigrated to the United States with her parents when she was eleven.She became interested in photography when her father gave her a 35mm Minolta camera for her fourteenth birthday, and went on to study at Parsons in New York and the Art Center in Pasadena. Recognized for her surrealistic whimsy and dark romanticism, Yemchuk has exhibited paintings and photographs in museums and galleries worldwide. She has shot for the New Yorker, Another Magazine, ID, Dazed & Confused, and Italian, British and Japanese Vogue. Yemchuk released her first book Gidropark, published by Damiani in April 2011, followed by Anna, published by United Vagabonds in 2017. In 2019, Yemchuk had her first institutional debut with her project Mabel, Betty, & Bette, a photography and video work at the Dallas Contemporary Museum. A monograph of the same title will be released by Kominek Books in February 2021. She is currently working on a new collection of photos, ODESSA.