Childhood Ballad is a re-enactment of her youth. 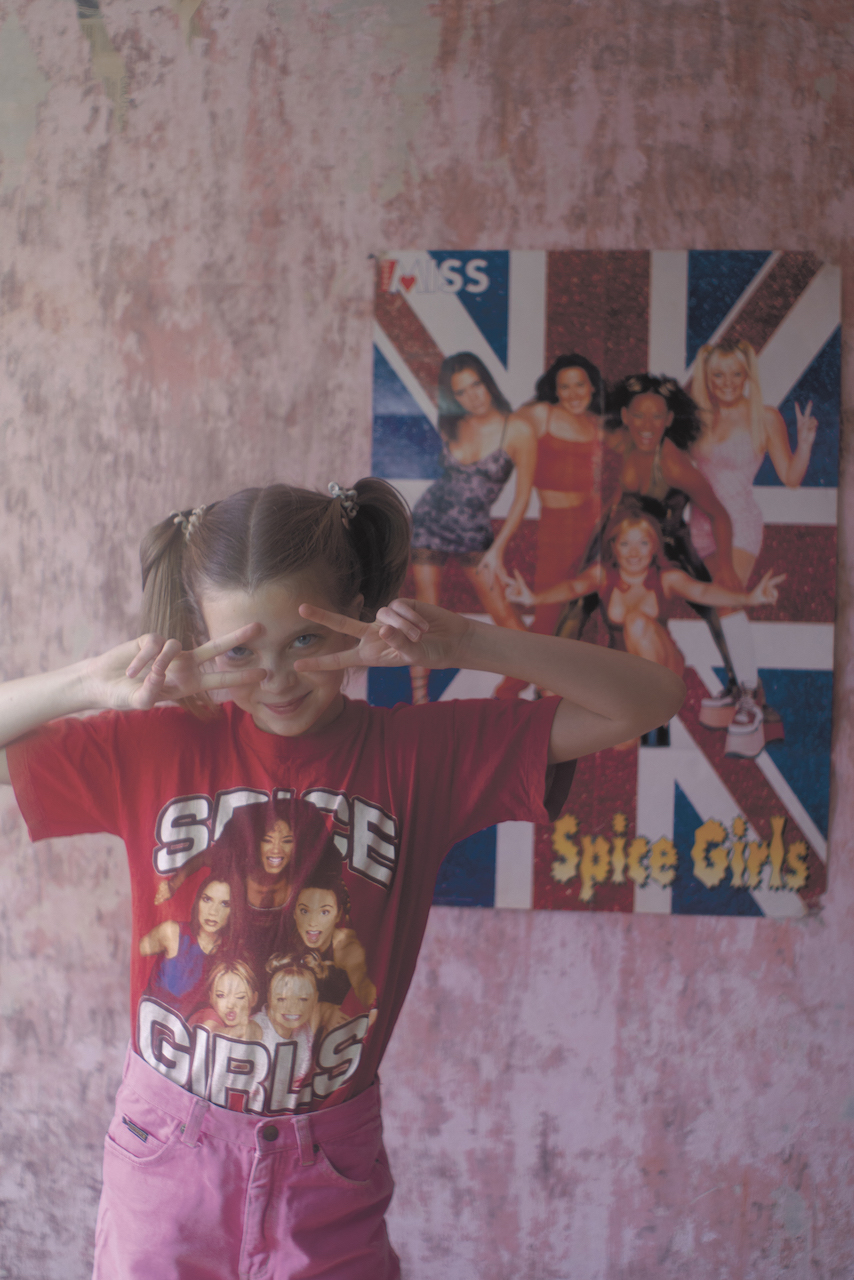 She had a happy childhood, representing it in the cinematographic photo series Childhood Ballad. However, the young Ukrainian visual artist Polina Polikarpova now leads an entirely different life. Having been forced to leave her boyfriend behind, she fled from her apartment in Kyiv right at the beginning of the war and is now thinking of new work once the war is over.

Born in Kharkiv, eastern Ukraine, until recently Polina Polikarpova lived in Kyiv, where she built her photography career until war cast its dangerous and destructive shadow over the city. “When the war started, I got up at 5 am, awakened by the sound of bombs. My boyfriend told me we should leave Kyiv immediately. So, the same day we bought train tickets and left for the west of Ukraine. Two weeks after, I left for Germany. We had some hours to prepare for our journey, so I had time to take the hard drives that contained my complete archive with me. I also have my small Sony camera with me; I don’t work with big gear.”
‍

Polina was born into an artistic family in Kharkiv. Her father works as a commercial photographer, and her mother is a costume designer, stylist, and tailer. “I like combining the craft of my parents. I am a photographer, and I work as a stylist for a Kharkiv-based independent theatre Neft.”

The series Childhood Ballad is a re-enactment of her youth: partly made with a model and partly with self-portraits. It shows different periods in her youth in Kharkiv.

Polikarpova explains: “Before this series, I made the series 38, also with self-portraits. It was a series of my best friend, who is a model, and myself. I wanted to demonstrate how a friend can have common features, like similar jokes, habits, or expressions.” On the website of the Krakow Photomonth, she explained about the 38: “In 38, I re-enact or re-construct photos I had taken earlier, but this time with me posing as the model, and my model playing the part of the photographer. The idea was to convey, as accurately as possible, the original photograph—from framing, lighting, mise-en-scene, right down to pose and the minutiae of facial and bodily expression.” The Childhood Ballad evolved organically out of 38, where she both used a model and modelled herself.

I wanted to live in my own world, not in the real world, but in the Harry Potter World.

Polikarpova, took her inspiration from cinematic biographies. “What I find most interesting about the dramatized biographies is that they are not strictly documentary. Good biographies are a mix of documentary shots and dramatized scenes. For Childhood Ballad, I wanted to use a similar approach. I created a small photo series where you can see different characters, like me during my childhood and when I was a teenager, as well as recent photographs. In the project, you can see me growing up as a character in different stages. In the late 2000s, I was a Harry Potter fan. I wanted to look like Hermione Granger. When I was a teenager, I was timid and introverted. I wanted to live in my own world, not in the real world, but in the Harry Potter World. All the clothes you see in the pictures are the real clothes I wore during my childhood. I saved them all, as well as the posters on the wall and the toys I had taken with me from my home in Kharkiv to Kyiv to photograph them.”

Polina used models from an agency in Kyiv. “The model Kira, playing the teenage me, was 20 years old, but she looked much younger. She is a barista in Kharkiv. I remembered her because she had big eyes and a sad face, looking like me as a teenager. I bought her train tickets from Kharkiv to Kyiv to pose for me.” The sets of still lives were made in close collaboration by Ukrainian photographer Nazar Furyk.

The beauty of Childhood Ballad is that Polikarpova shows the mostly hidden and often misunderstood inner world of a child and a teenager. People tend to forget the precarious and fragile emotions in their early years, when they grow older.

“These were the happiest years in my life. Some people ask me how to become an artist with a special vision. I wanted to show how I became an artist. I was obsessed with visual narratives and some popular characters in the 1990s and 2000s. I created the scenes by using my memory.”

Tragically the series Childhood Ballad was supposed to be exhibited at the Mariupol Photo Festival, on 4-8 of March 2022, but, as we all know, that is no longer possible because Mariupol has been heavily shelled. “This winter, I met the organiser of the festival. We had a beer together in Kyiv at the beginning of February when he invited me to expose Childhood Ballad in the local art museum, which is now destroyed. I was so excited to visit Mariupol for the first time, but when the war started, I told Andrey, the organiser, that I was worried. Without realising the horrors to come, he said it were just rumours. My prints are now under the rubbles in Mariupol.”

Polina Polikarpova was entirely apolitical in her life and work, showing her private life as a way of escapism, but now this has drastically changed. “I always wanted to create a parallel romantic vision of life. Thank God I didn’t see the war when I was a child. I lived in the first 30 years of independence of Ukraine. When the war started, and I saw all the ruined buildings in Kharkiv, it made me think to create a series with the shelled buildings. I think my generation of young Ukrainian photographers will now create artworks dedicated to the war. I had a happy life before the war in our apartment with my boyfriend in Kyiv. This time was, for me, also a period of middle-age crisis because I didn’t want to create more work with similar topics as I had done before. Now I am pondering about what to do in the coming period.”

One month ago, Polikarpova was asked by the New York Times to make a new series of self-portraits. “So maybe I will start here in Germany. Or when the war is ended, I want to go back to Ukraine and document the ruins of the building I know from my childhood.”
‍

I think my generation of young Ukrainian photographers will now create artworks dedicated to the war.

Polina Polikarpova (1992,Ukraine) completed a bachelor’s degree in history of art at the Kharkiv State Academy of Design and Arts. Her adventure with photography started in 2009. Two years later, she became a member of the Ukrainian photographic alternative, andin 2014 – a member of the national society of photo artists of Ukraine. She is an independent photographer, based in Kyiv, now on the move.