Nomadic life on an oil-swamp 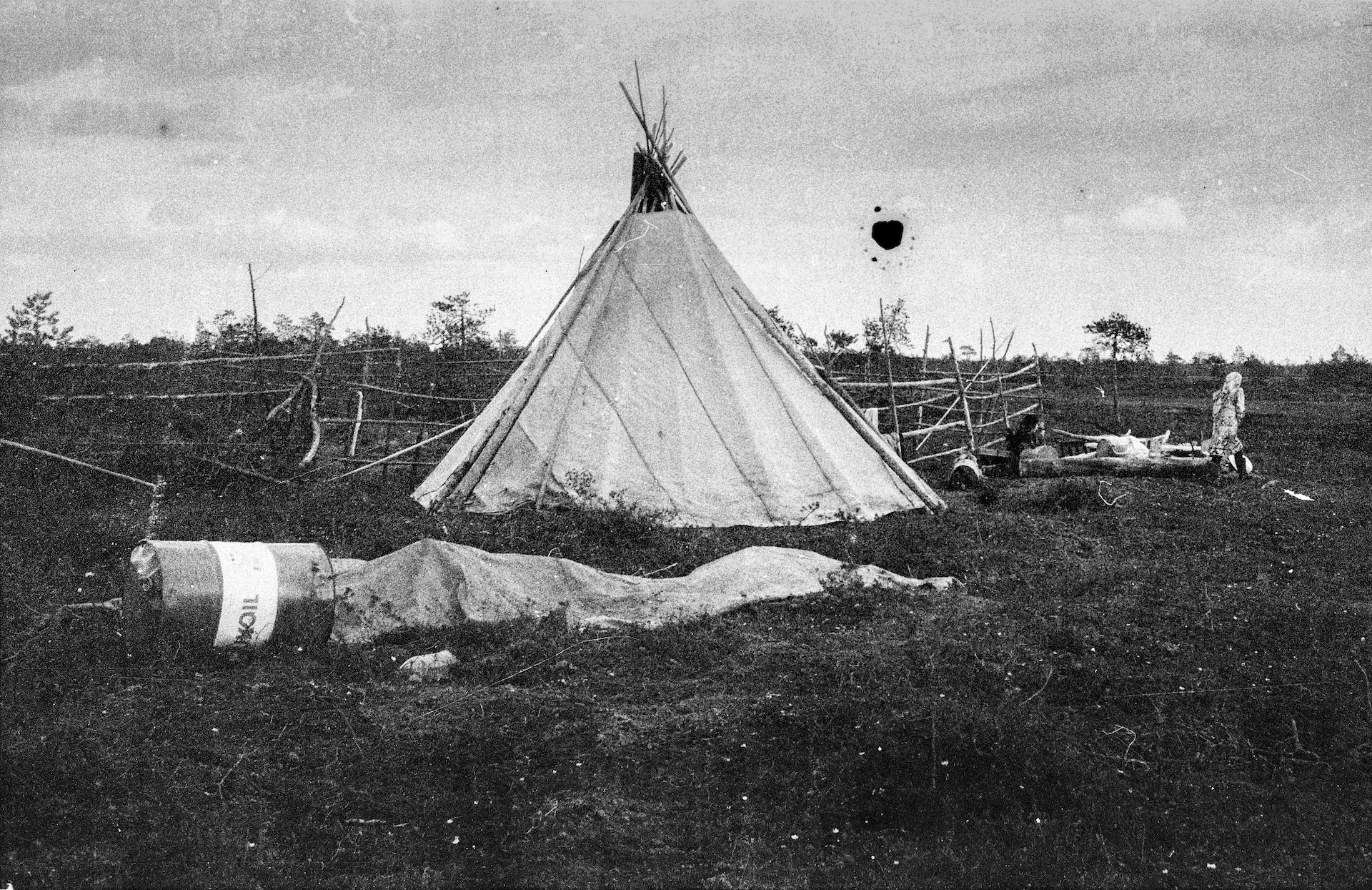 In Russia, a lot of oil is extracted from untouched nature areas where nomads live with their reindeer. Greenpeace volunteer and environmentalist Igor Tereshkov photographed the result of the many oil spills in the Khanty-Mansi Autonomous Okrug (KhMAO). "I felt that I needed to use my photography skills to picture this problem." In his project Oil and Moss, Tereshkov explores themes like ecology, environment and indigenous peoples. At the same time, he experiments with various photo techniques and development processes of analogue film.

Igor Tereshkov came into contact with Antonina Tevlina from the Khanty people via Greenpeace. She lives in Russkinskaya, near the city of Surgut. Her parents still live a nomadic life, along with their reindeer in their 600-hectare ancestral area. "The nomads with their grazing reindeer, in their ancestral area, were faced with a major problem, the oil producers came to their autonomous land. About 50 percent of the oil in Russia is extracted in this KhMAO nature reserve and permitted win areas often coincide with the abode of the indigenous peoples. Oil leaks pollute water and lakes and destroy the ecosystem, which leads to a reduction in the number of reindeer but also enormously deteriorated living conditions of the indigenous peoples. Several volunteers from the oil spill movement of Greenpeace Russia told me about the environmental problem in the autonomous region in KhMAO. They knew Antonina Tevlina and knew that her parents were still indigenous. I decided to follow Antonina and to document the living conditions of her family."

After the meeting with Antonina Tevlina, there were several obstacles to meeting her family in KhMAO, particularly the oil companies. "It was safe to travel in one way or another, but the oil companies did not like photographers or journalists and certainly not Greenpeace people. After I had passed many checkpoints, there were very good roads that were not registered on the map. So, officially there are no roads. Antonina and I drove on and ended up at a swamp where we had to leave the car. We walked for miles through the swamp. With nomads, you never know per season where they live. But Antonina instinctively knew where her parents were."

In the photos of Tereshkov, you see the endangered original Chanters at their tents with the reindeer. "They are indigenous people who believe in shamans and holy lakes. Antonina's family also has a shaman. When Antonina Tevlina was still a child, her family still had hundreds of reindeer, but now there are around 15. The reindeer all likely fall ill due to poor ecological conditions. The people who knew about the environmental problems said that after drinking the polluted water, the animals could not get up. The reindeer die because of the oil in the water.

According to official data from the Ministry of Natural Resources of the Russian Federation, about one and a half million tons of oil are spilled into the Russian environment every year due to accidents and transportation of oil. There are ten oil spills in Russia every day and more than 10,000 leaks per year. The main reason for oil spillage in Russia is rusted oil pipelines with an elapsed lifetime. Igor Tereshkov: "The Russian government is interwoven with the oil companies in all sorts of ways. There are many oil wells in which oil-spills are made. Often it happens in places where I know people. A huge number of people work at the oil companies. There is always someone from someone's family or circle of friends who works there. There are so many oil spills and disasters, but nobody should know it. You can call this oil problem a holocaust. The oil problem is like a vicious circle because of the pollution associated with oil production, and the companies are now placing checkpoints on all roads that lead to the oil wells. Now only close relatives who are on the list can reach the territory of the ancestor countries."

Igor Tereshkov pictured the oil environmental problem in his own unique way. With a special photogram technique, he explained his own impression of reality over the analog image. "I thought about the polluted water that I encountered in the environmentally polluting oil extraction areas. I brought the water in plastic bottles. During the development process, I mixed the photos like a photogram with the polluted oil-water. I let the film rolls soaked in the water for hours and sometimes a whole night. The result is black spots on the surface, which give the impression of the oil leaks."

In his photography, Tereshkov refers to the theory of windows and mirrors by John Szarkowski, the American curator and historian. He divided photography into mirrors of the soul and windows of the objective reality. Tereshkov's series Oil and Moss should work as a mirror and a window for the viewer because he combined his introspective view and the reality into one image. In this way, his photos become documentary art photography. Tereshkov was also inspired by the theories of Susan Sontag and her ideas about cinema: "Susan Sontag wrote that cinema becomes visible as a light on the wall and that photography as a frame is a physical object that you can take in your hand. But I thought: in modern times, you usually see photos of your digital image, just like in the cinema. For me, that is also the reason that I shot this photo series with film. For Oil and Moss, I wanted to show more than a flat photo. I came up with a development method with which I applied my own expression to the image. In my photography, I not only want to show the problem but also what it does emotionally with me."
‍

Igor Tereshkov (Energodar in Ukraine, 1989) lives and works in Moscow, Russia. Tereshkov studied documentary photography and photojournalism at the School of Modern Photography Docdocdoc in St. Petersburg. He is the winner of the Santa Fe CENTER award in 2019, nominated by the Lucie Foundation 2019 and nominated for the Photography Grant award 2018.