Istanbul Timeless is a portrait of denizens of Istanbul 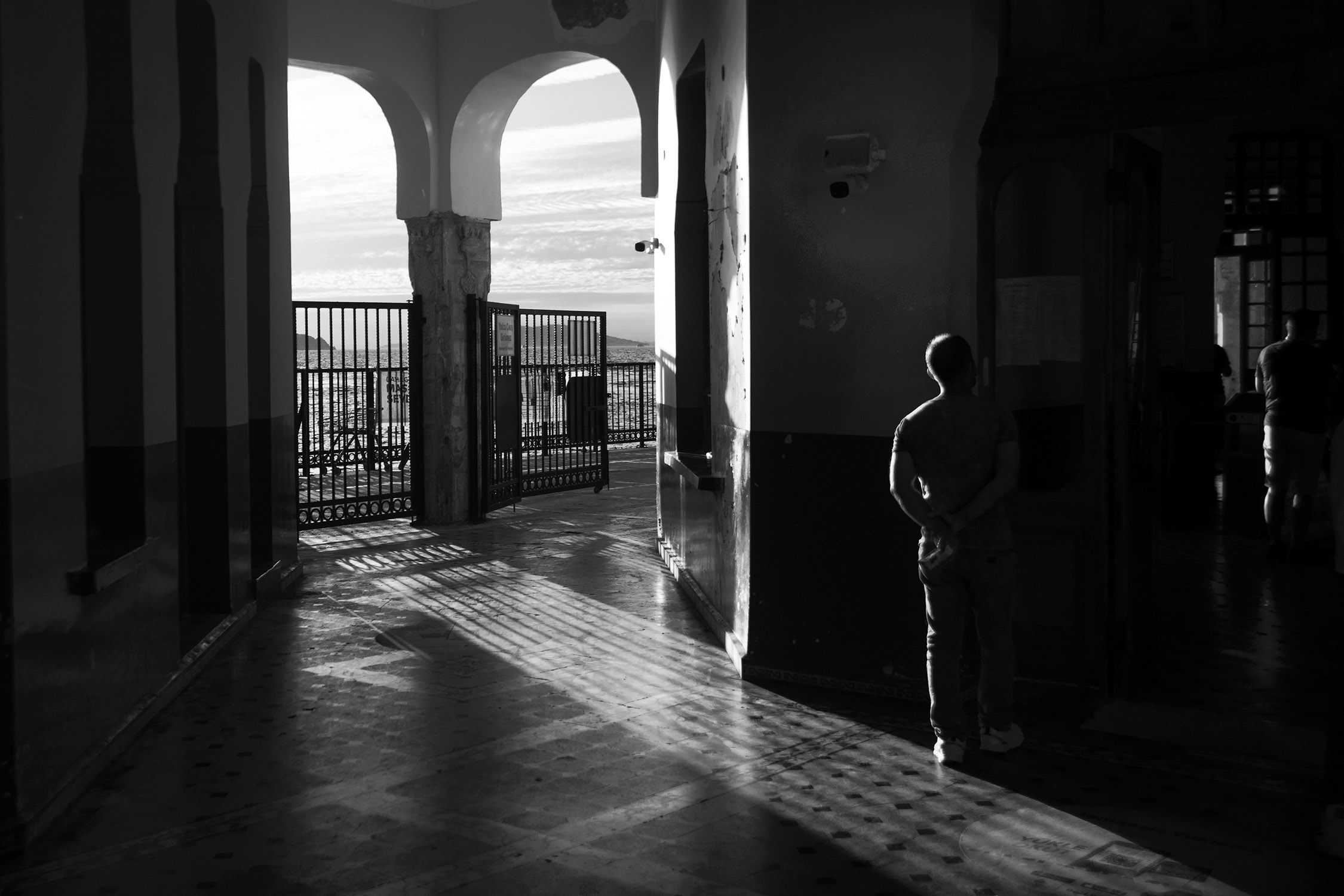 The book Istanbul Timeless includes 120 black and white photographs of the artist. ‘Istanbul Timeless’ is the third of Onan's five-book series dedicated to Istanbul. The first two books are ‘Istanbul Against All Odds’ (2018) and ‘IstanbulCity of Strange and Curious Moments’ (2021).

The city, a window pane forging the silhouettes of those treading the puddles dotting its layers and layers of concrete. In Timurtaş Onan’s work, Istanbul Timeless, we see those who recreate the city in their own image – spurning the spotlight, turning a blind eye to the rest of the world and shuffling along with the air of those whose destinations remain unclear – the city’s forgotten. Istanbul takes a lead as a plateau beholden to its co-star on the stage. The supporting characters to the city’s starring role changing with every scene. In these snapshots, of those passing through this vast metropolis, one sees the masterful performance – whether scripted or improvised – of an actor having trained for years with the main star. Scanning the photographs, we see those who have hauled Istanbul’s cinematic glow upon their backs. The subjects depicted in the city, rather than viewing it as on a screen, sport it as a cloak: Each has their own Istanbul, just as the metropolis itself has designs on all who step within.

The denizens reflected in the book are those who fail to watch the clock tick as time passes by. These are the heroes with sacks – not capes – upon their backs, toiling away without so much as a sigh. Sometimes, as though stood before a doorway gaining and lessening in size, like in Alice in Wonderland, they sit with a Cheshire cat – not the watch-tapping White Rabbit: Still, without so much as the notion to quit.

This is an Istanbul for those who leave their watch at home, who pass their time traversing its streets and alleyways, counting the time on the clocks wall-mounted behind shopfronts, the calls to the prayer, and the sun rising over them while sleeping on the streets, greeting the uncounted time that has passed with the acknowledgement that it has indeed done such – with the classic Turkish phrase –

“geçmiş olsun.” It is precisely this way in which, examining a single frame, one is left to wonder whether their shadows walk before them or behind their wake, the viewer left to imagine what paths they took in that single day. They have no final goal beyond that of one who leaves footprints in the snow. This state is surely naught but armour. They usually bustle around in the heart of Istanbul, whether inside the Old City walls or Pera. They see not the places, but their lives defined beyond the perimetres of the city, watching on as the skyscrapers loom over the walls, reforming horizons, and the neighbourhoods turned to building sites. This is the story of those more rooted, more belonging of the city than the concrete poured over its old, cobbled streets; those able to shake of the weight of the burdens carried on their shoulders.

The following pages are replete with the kinds of people we can call “our own” – those who refuse to hike the escalators, preferring to enjoy the pace; savouring their caffeine hit at leisure in a Turkish coffee house, rather than sipping it, on the go, from a paper cup; waiting in line patiently without haste, unwilling to compete with time and our modern personal development industry’s mantra of “carpe diem.” They simply live in the moment. This collection is for those who meander the streets, resting on the old city walls, relaying on fantastical, homespun tales. Magical moments are common, but not ordinary – like a child having performed a wheelie on a bike, shocked that it fails to whinny like a horse.

Istanbul Timeless is actually a collection that cancels out the concept of “later.” Timurtaş Onan makes portraits of those who do not take the trouble to snap their experiences to remember, or look back, from some future time. The viewer is invited to partake in the perspective of one who spurns the touristic, doesn’t even attempt to provide comment and involves himself in his subjects to such a degree that they, themselves, forget his own presence.

“For the flaneur, a transformation takes place with respect to the street: it leads him through a vanished time.” Walter Benjamin

‍Istanbul Timeless is a collection that cancels out the concept of “later.”
Timurtaş Onan makes portraits of those who do not take the trouble to snap their experiences to remember, or look back, from some future time. The viewer is invited to partake in the perspective of one who spurns the touristic, doesn’t even attempt to provide comment and involves himself in his subjects to such a degree that they, themselves, forget his own presence.