Photography exists on a continuum between fiction and non-fiction. 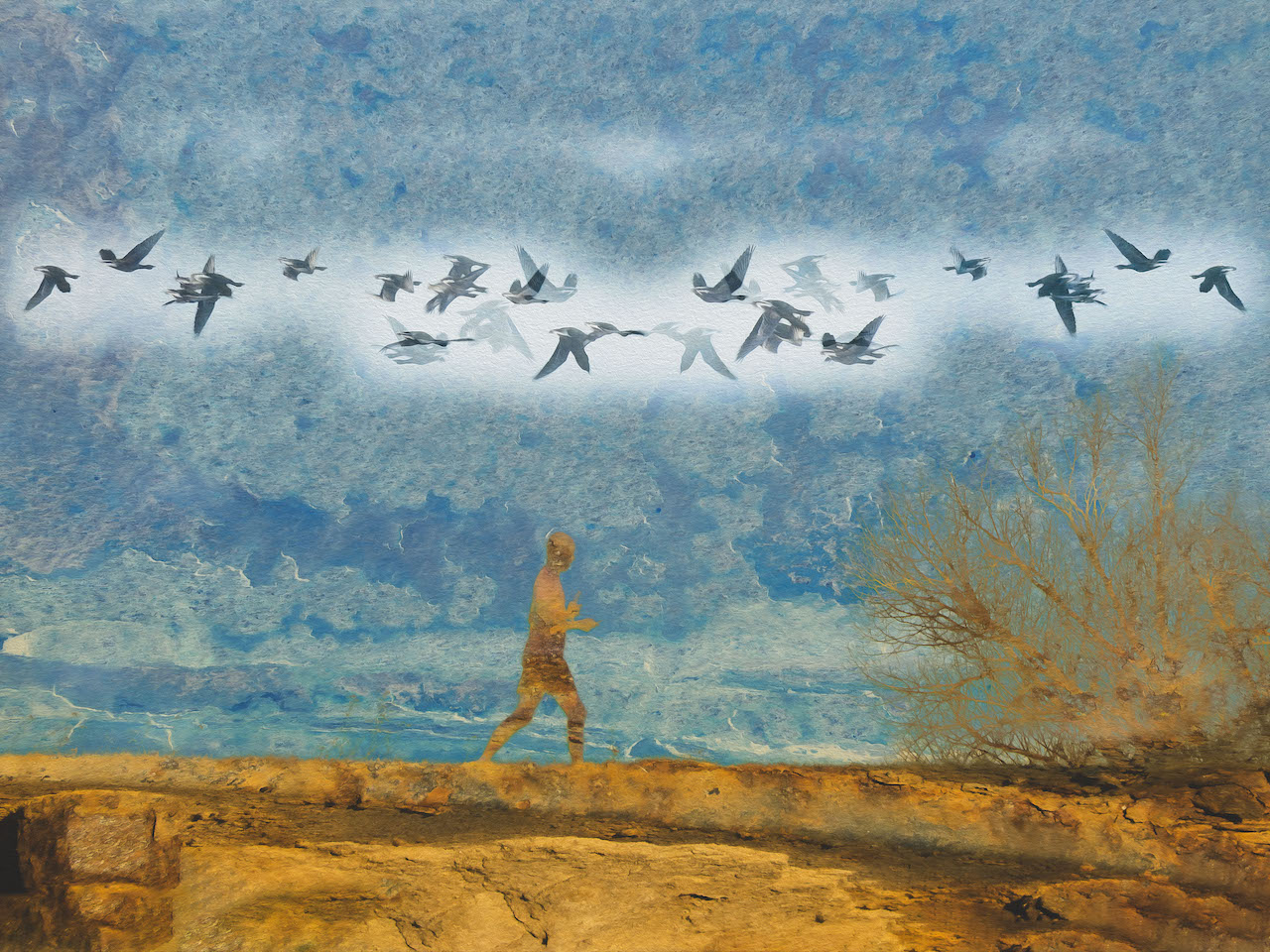 Much of the musing on photography is based on the origins of the medium, which are founded on realism, rendering photography (at least pre-digital) as fictionally incompetent. There are naturally those that disagree. In this short essay, I conclude that photography, by its very nature, exists on a continuum between fiction and non-fiction. Most photographs are neither and are both. As with all continua, by definition, an infinitesimal number of data points relative to the total universe exist at either extreme or precisely at the midpoint. Most exist somewhere in between, falling on one side or the other of the midpoint. I believe photography and all photographs fit this same distribution between fiction and non-fiction.

At the pure non-fiction extreme, I posit that the photograph never escapes at least some element of subjectivity and manipulation, even if it is simply where the photographer chooses to place the camera. The photographer is making decisions at every moment that affect the aesthetics, composition and information contained in the image. At the pure fiction extreme, there remains an element, however slight of indexicality; the thing that the image refers to is still at least partially recognizable. In instances where there is no referent, where the image has been digitally manipulated to such an extent that nothing visible looks like anything we know or can relate to, I would argue that we have moved from photography into another digital art or communication medium.

The use of the photograph

The relation between a photograph and reality has been the focus of much of the writing on photography since the medium came into being. This is understandable given the predominantly realistic view of photography taken by most writers and philosophers. Susan Sontag in On Photography defines the photograph as a ‘trace’ of reality (the major caveat, beyond the scope of this paper, being the implied belief, that reality is a given external entity that exists outside of the individual). She writes that photography is “never less than the registering of an emanation, a material vestige of its subject.” As a logical extension of this definition and others similar to it, there are those that argue that photography can never be fictional, since it relies on a causal relationship between photograph and subject in terms of both the chemical processes by which photographs are made and the choice of subject matter which relies on a particular real existing object or thing.

Therefore, it is essential to further argue against the photograph as fictionally incompetent. Paloma Atencia-Linares challenges the definition of “photographic means” to make the case. Obviously fictional characters, places or entities cannot reflect or emit light to initiate the chemical process of making a photograph, but Atencia-Linares argues that the conception of the photographic process can, and in fact must, go beyond the exposing of light-sensitive material in order to make the latent image visible and tangible. These further processes in the making of a photograph can vary significantly. However, where they still rely on the exploiting, manipulating and controlling of light, she argues they are still an integral part of the “photographic means”.


The photograph can and often does represent ficta and fictive events through these other processes. Examples include multiple exposures, dodging and burning, and compositing, all part of the processes of controlling and manipulating light that can have materially different outcomes determining where on the continuum between fiction and non-fiction a given photograph may fall. In an age of infinite digital manipulation, the delineating line I would draw in defining “photographic means” is determined by whether the digital processes could reasonably have been performed in a darkroom by manipulating light (since many of the tools and functions in Photoshop and other imaging software are based on what photographers had been doing in the darkroom for decades). If so, I would argue they continue to fall under the Atencia-Lenares definition of “photographic means”. If not, the image in question ceases to be a photograph, and we are, in fact, then talking about another medium defined by its digital attributes and capabilities.
‍

Document and Narrative (or staged photography) are two genres of classification often used in the discussion and classification of art photography today. They align loosely with non-fiction and fiction, respectively. While the word ‘document’ is almost synonymous with photography itself for the reasons of indexicality and referentiality I have already mentioned, the term is more broadly used and understood in contemporary art photography, where many artists comment on how the document functions and how people respond to it, while often undermining the purported “truth” inherent in photography. Others approach documentary photography from curatorial, archival or anthropological starting points, sometimes drawing on text and image sources to draw a broader picture because of their scepticism of the single image’s ability to explain the intricacies of their subject matter. Those traditionally associated with the documentary genre are photographers like Dorothea Lange and Walker Evans from the 1930s and 1940s and extend to Nan Goldin’s diaristic work from the 1980s and beyond. Larry Sultan’s work The Valley looks at the blurring lines between fantasy and reality, while Martin Parr’s social documentary is infused with humour. Sophie Calle investigates the role of the photographic document in her work, how it functions as something both personal and artistic and the blurring between what is public and what is private. If there is a recurrent theme in the work of artists working in this genre and the critics and historians that write about it, it revolves around the word “blurring” of lines or boundaries. On the other hand, the “narrative” or “staged photograph” genre has become almost synonymous with contemporary art. It includes the work of artists like Gregory Crewdson, Jeff Wall, Philip-Lorca diCorcia, Bill Henson, Tracy Moffatt and the Russian collective AES&F.

These distinctions are, in fact, relatively cursory. The ongoing intrigue with photography in academic study and the challenges it presents are, in part, driven by the fact that it defies any simple classification system, mainly because of its many and varied uses. There are no clear lines, distinctly red lines, or truly bright lines in art. The world of art photography is no different from photography, which is a good proxy for the world itself.

Both fiction and non-fiction

The question of fiction and/or non-fiction is pervasive across most of photography’s varied uses, particularly because photography has often been accorded the medium of truth, evidence, and fact (at least in the pre-digital era). However, the real fact is that photography has been a medium synonymous with manipulation since its beginnings over 150 years ago, as illustrated with numerous examples from Mia Fineman in Faking It: Manipulated Photography Before Photoshop, a 2012/2013 show at the Metropolitan Museum of Art. She points to manual colouration of images and Gustave Le Gray’s use of separate cloud negatives to complete his seascapes in the 19th century, just a few decades after the birth of photography. The photograph widely acknowledged as the first of a human, Boulevard Du Temple by Daguerre, can be considered a manipulation. It shows a man getting his shoes shined on a street that appears to be emptied of people and vehicles because of the 10 minute exposure time.

Today’s digital revolution and the ubiquity of technology tools have only served to make consumers and viewers more aware, sceptical, and educated about the coexistence of photography with manipulation. Given this irrefutable but co-dependent and often uncomfortable partnership, but still honouring the realist origins of the photograph (both literally and figuratively), it is impossible to place photography, and perhaps any photograph, into the neat categories of fiction or non-fiction. It is both. And that was not changed by the digital revolution of the past two or three decades. The digitization of photography, while perceived to move photography from reality into the realm of fiction, has not changed the notion of truth in photography very much at all.