The happiness of southern light 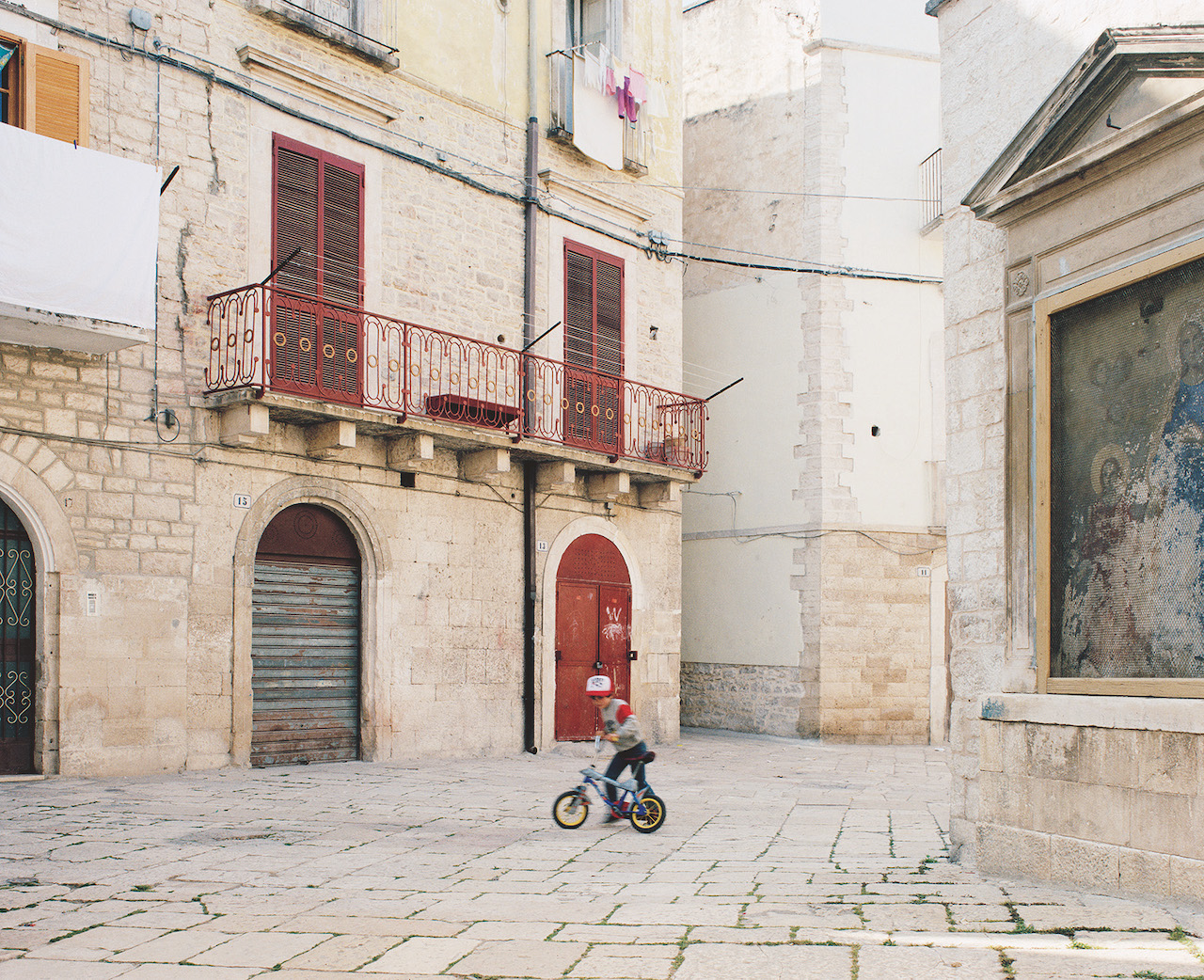 Could we give light, real light and light in pictures, the predicate of happiness? If so, the light in the two books, Puglia, tra albe e tramonti and Spanish Summer, would undoubtedly deserve it. The photographs in the two new books, published by Mack, show the abundant Mediterranean light of Italy and Spain, creating sharp-edged shadows and an abundance of forms. The images remind of happy sojourns, eventually mixed with feelings of nostalgia and loneliness.
‍

The book of the famous Italian photographer Luigi Ghirri Puglia, tra albe e tramonti, translated as ‘Puglia, between dawns and dusks’, contains summerly pictures Ghirri made in the very south of Italy in the 1980s and the 1990s. The book Spanish Summer by Swedish photographer Gerry Johansson cover partly the same period, mainly from the 1990s, with some contemporary shots. Both books make you feel wandering through the south of Europe, forget about modern life and become absorbed by the mere happiness of forlorn villages and country roads.

Puglia contains photographs of the Puglia region, taken party with his 35mm camera as well with his Pentax 6x7. There are so many photos of whitewashed houses and buildings that you might call them a collection of fifty shades of white. The photographs seem utterly simple, mostly taken from a frontal vantage point and sometimes with a slight angle, but the view is always horizontal, simply looking straight at what is in front of the eyes. These frontal compositions create a sense of nearness, of intimacy to his subject. Unlike many landscape or cityscape photographers, Ghirri often incorporated people in his pictures, giving the book a historical sense of time. We see children playing in front of a church, some men talking in a village square, two boys on an inevitable Vespa scooter. But what most strikes in his summery images of sleepy villages is the play with seemingly trivial details, almost jokingly insinuating that the insignificant things are the most exciting to capture for a photographer.

The banality of everyday life was Ghirri’s central theme. Moreover, his topics were his memories of happy times in Puglia, where he spent his summer with his wife and children. The book contains happy memories, maybe drenched in melancholia, but always with bright light.
‍

But the memories do not work as stand-alone isolated memories. They have to be seen in the context of other pictures. Ghirri wanted to tell a story as if he was making a film. In a typewritten text dated from 1991, he wrote: “My way of interpreting through telling a story is simply that of managing to work with stronger images, so that some points are more evident and others less so; a method that is very close to literature, but also to cinema.” Also, in his Lessons in Photography, cited by Arturo Carlo Quinavalle in the essay Ghirri: Fotografia, Strutture, Romanzo, published at the back of the book, he wanted to construct a narrative. In mediaeval art, he found inspiration from early sequential narratives.

The book Puglia, tra albe e tramonti evidently shows that Ghirri wanted the photographs to speak for themselves. There are no captions or explanations, except place and date of capture, placed at the very end of the book. Ghirri was thinking in images, and they show his awe, his sense of wonder about the world, its magic, its beauty, its enigma. He applied a rigorous style of framing and composition, mainly using vertical and horizontal lines like an architecture photographer, a strong sense of symmetry, and painterly use of pastel colours.

The heirs of Luigi Ghirri decided to re-publish his old pictures of Puglia together with entirely new ones, never seen before. They used the old maquette he made in 1982. In this way, they wanted him to tell the story as he envisaged it.
‍

The book Spanish Summer by Gerry Johansson has some similarities with Puglia: the light, the composition and the subject matter, but still is quite distinct. The photographs are taken on the arid plains of central Spain. They are all black and white, square and printed 9x9 cm, relatively small for a photobook. We see buildings, trees, electricity lines, empty sun-drenched streets, and sometimes living creates like horses. The compositions are rigid and almost mathematical, architectural. Despite the happy light of the Spanish summer, the images have a tinge of loneliness, different from the nostalgia of the Ghirri photos. Travelling through Spanish villages during the hot hours of the day, there is little chance to meet locals, which evidently is not what Johansson was looking for. The beauty of the desolation and the spaciousness of the vast stretched-out region creeps out of the small pictures.

Gerry Johansson (Örebro, Sweden, 1945) started as a photographer in his early years and later founded a publishing house specialising in photography. In a photo club, he got acquainted with the work of Paul Strand, which is pretty visible in his book Spanish Summer. He once said that he only prints his photos in small formats, which is also the case in this book. The small size forces him to make clear pictures of precise forms.

As a reader, you have to get used to the small format, which makes you appreciate the intimacy of the look. For Johansson, it is essential to tell a story with the book by putting them in a particular order. Johansson shot all his photographs with a 6x6 analogue Rolleiflex, creating dialogues by placing them on spreads.
‍