The faces of urban plants 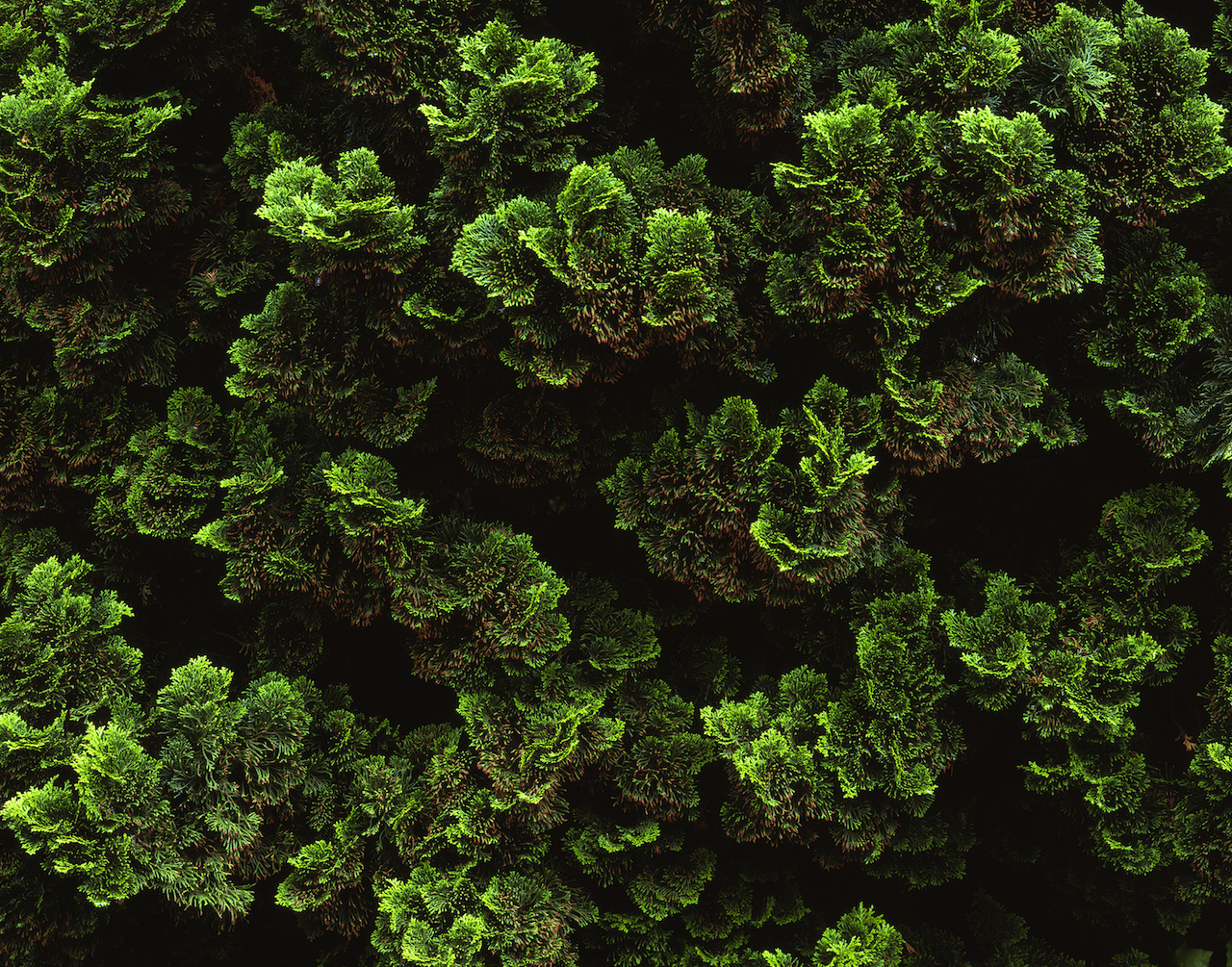 Do we notice and recognize the many plants in our daily environment, along the streets and in the park of our cities? And if so, what do they tell us? Swiss photographer Gino Bühler meticulously photographed the leaves of urban plants, seeing them as botanical faces. The plants’ personalities call for our ethical approach to them. “We must treat the plants with care because they are living beings and not only products for our consumption.”
‍

Many of the plants Bühler photographed in urban areas have their origin in exotic places. The seemingly native plants have been imported from North America, Japan, Asia, Australia, the Himalayas and China. In this way, these plants appear to reflect the old colonial times. The destiny of many plants often is extinction, by cutting them away or by the mere unfavourable ecology of the places. “I made photos in areas where we as humans are moving daily, in the streets, parks, people’s gardens, and in the fields. Many people do not notice the plants, at least not how I see them or want to see them. You don’t have to travel to faraway countries like Brazil or India to see plants and nature.”

How can we know the essence of the plants? In the work of Buhler lies a philosophical and a technical answer. Unlike animals and humans, plants do not have a face by which we can identify them. Through his detailed photographs, Buhler tried to come near to the plants’ faces and delve into their essence. This is one of the main reasons the prints in the gallery are big. “I determined the size of my pictures according to the average size of the windows I see in the houses in my city. I want the photos to emanate the feeling of a window as if the spectator looks through the window outside to the plants in a straightforward way. The details are critical to me.”
‍

The concept of “the face” of the plants, in German “Antlitz”, plays a philosophical and ethical role in the work of Gino Bühler, referring to the theory of Emanuel Lévinas. German scholar Martin Bartelmus explained the ethical relation of humans with plants in his profound essay “Vegetative Portraits” about Bühler’s work. He adapted the concept of ‘The Other’ in Levinas’ theory, serving as a symbol for our ethical relationship with the world, to the Antlitz or face of the plants. We do not see a human face in the leaves of plants, by which we can recognize them and by which they can appeal to our ethical values. But we can widen our concept of a face by detecting the genetic and universal relationship with plants. The plant’s faces are its leaves and its manifold veins. Bartelmus: “Photographing plants under the sign of the portrait transforms the vis-à-vis into ‘the Other’. The portrait allows us to ‘overlook’ the differences. The inclined gaze overlooks the difference.” By seeing the multiple leaves, we can decipher the botanical face of a plant. In this way, the plant can appeal to our humanity and ask us for our responsibility for its survival.

I would like to see plants as living beings.

For Bühler, therefore, it is essential that we have to see plants again in our daily habitat, like the city, because there we meet these plants that talk to us and remind us of our relationship with them. “I would like to see plants as living beings. On many occasions, we humans do not perceive plants as living beings. We still have to improve our concepts of plants, and the photographic art is a wonderful tool in this new approach.”
‍

Usually, the concept of perspective is used in how a photo or painting realistically renders three-dimensional space, with virtual lines creating the proper proportions. In the works of Gino Bühler, there is another concept of perspective in play: the light perspective. “I noticed that plants come into the light from the dark, just like the Rembrandt effect. I call the perspective of light the gradual transition from dark to light. Imagine you look into a dark tunnel. A darker black you cannot imagine. So you don’t notice whatever there is. When a person comes out of the tunnel towards you, he becomes more and more light until you see him. That is not the one-point perspective but the light perspective. In the tunnel, the distance from dark to light is a spatial distance but simultaneously the graduation of light. In the same way, Rembrandt has shown the light by letting it grow out of the dark. He created depth in his paintings through the transition from dark to light. In the same way, I work with the images of the plants. By using the subtle, flat morning light of dusk, I can capture all the fine transitions of brightness, thus creating a light perspective. In this way the Rembrandt effect emanates from the plants.”
‍

By using the subtle, flat morning light of dusk, I can capture all the fine transitions of brightness

Adding to this comes that the leaves of the plant grow towards the light, by which they organically create a rhythmic plane. The technical camera is put up with the focal plane parallel to the plane of the plant, which is parallel to the light. This parallel corresponds to the other similarity of the biochemical photosynthesis of light by the plants and the chemical absorption of the film in the camera, making photography equivalent and cooperative to the plants. “There is an equivalent between the botanical world and photography. Both systems make use of the light, which makes them comparable.”
‍

At the beginning of the 20th century, Karl Blossfeldt also photographed plants which he published in his book Urformen der Kunst (Archetypes of Art). He approached the plants in a microscopical and analytical way, concentrating on their various forms. You might say that Buhler gives another approach to the world of the plants by highlighting their identity and character. “Blossfeldt talks about the archetypes of art, but I talk about archetypes of life. The plants aren’t artworks; the plants are life. I don’t depict the plant in an abstract way. I represent them in a lively way, not formally.”

The identity of the plant has to be restored, Bühler thinks, because, in this way, we are obliged to treat them as living beings and as personalities. “We must treat the plant with care because they are living beings, not only products for our consumption. I try to regain a new relation to the plants, with the 19th century technology, the expression form of the 20th century and thus thematize it in our present ecological and climate discussion.”
‍

Gino Bühler uses a huge studio type of the 8x10 inch camera filled with the Fuji Provia 100 colour reversal film. This technique produces a detailed rendering of the leaves and an accurate display of the colours. The images are mainly monochromic, consisting of various green shades. Bühler explains: “I try to produce coloured-chromic black and white photos. So you could call my photographs monochromatic colour images or coloured black and white photos. The reason to use transparency film is the fact that I can exactly compare the colour of the sheet with the colour on my screen.”

Gino Bühler is a photographer and graphic designer interested in the intersection of light, plants, and photography. Recently, he presented his photographic portraits of local plants at the Düsseldorf Photo+ Biennale for Visual and Sonic Media 2022, shown as “Photosynthese: Urformen des Lebens” at Schönewald Gallery. After completing a graphic design apprenticeship in Zurich, he worked in several constellations in Düsseldorf.  He found his way back into photography after a health-related sabbatical in 1976/77 with a town paper on visual arts and society in Düsseldorf. Since 1983, he has been working as a photographer for artists, advertisement, and many other different projects together with Ann Weitz.

Albarrán Cabrera
Poetic images of nature
Portfolios
•
Next
Back to Magazine
By clicking “Accept All Cookies”, you agree to the storing of cookies on your device to enhance site navigation, analyze site usage, and assist in our marketing efforts. View our Privacy Policy for more information.
PreferencesDenyAccept