An investigation of the inner voice of nature by physical interactions on photographic materials. 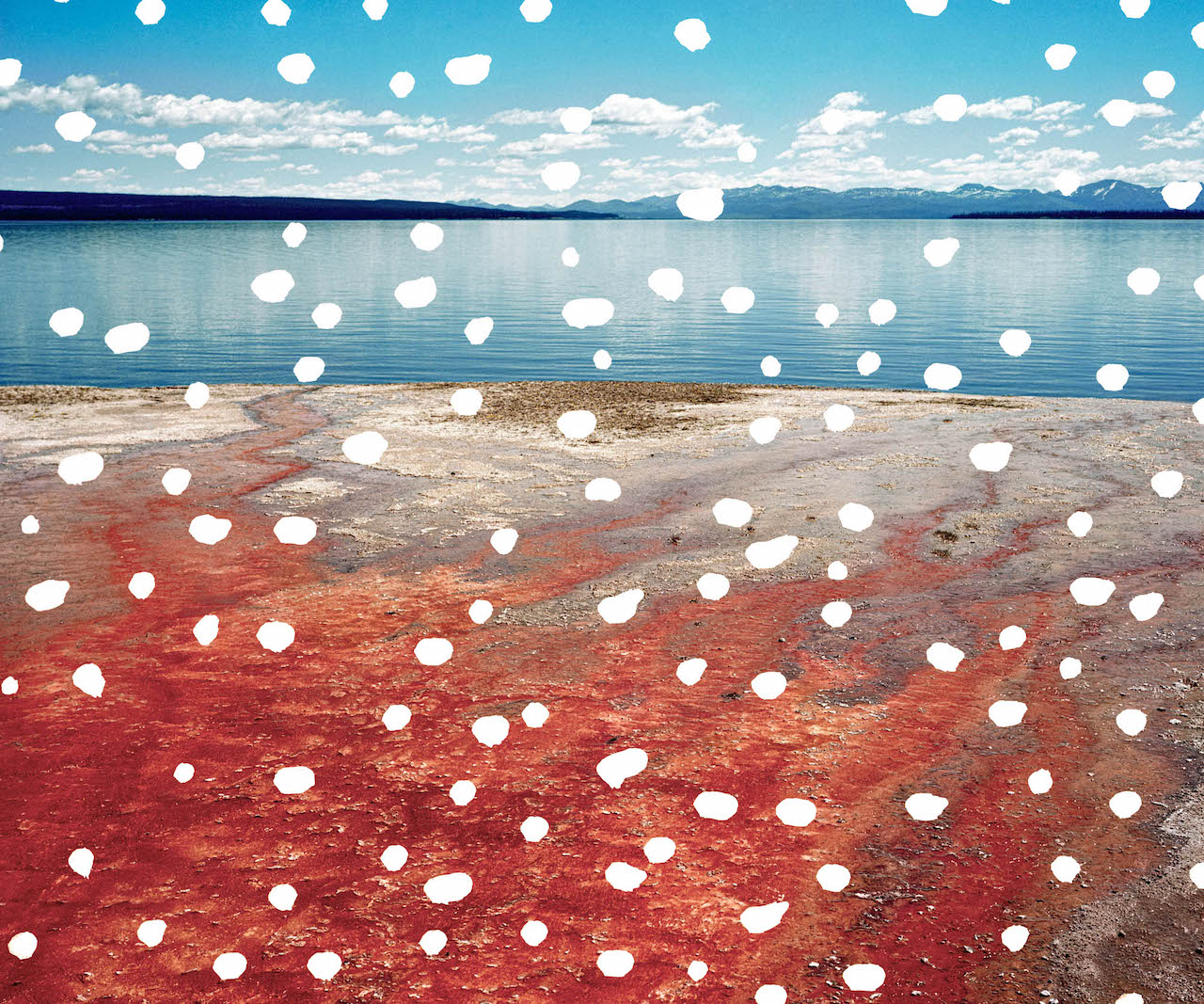 In this epoch of the Anthropocene, many photographers have become aware of our imperialistic approach to nature, as we appropriate and objectify nature by our default photographic practice. Artists develop alternative approaches to visualize nature and its inner energy. Rebecca Najdowski, an American-Australian artist and academic researcher in photography, is investigating the inner voice of nature by inviting physical interactions on photographic materials. Her series, Ambient Pressure, is a response to our way of framing nature through photography. Her work is on show at the Belfast Photo Festival 2022.

In her artwork, Rebecca Najdowski reacts to how we frame nature in a limited way, creating an illusion that we know about it. "We have created a limited view of nature by photographing it in a repetitive way. We tend to default to a standard way of making images. It is almost like a script of how photographs of nature should be. But I think we should be paying attention to how nature has been mediated and seek out new ways to depict it."

The history of photography is moulded by the iconic and majestic photography of Ansel Adams, celebrating the beauty of the natural world. Many have criticised his work, saying he creates a myth of nature. "Growing up near National Parks in the United States, I became fascinated with viewpoints from which you are supposed to photograph. They guide the view so that many people photograph nature from the same perspective. In this sense, nature is depicted in a culturally formatted convention."

To manipulate the photographs, she used different techniques. “I haptically modify the negatives, for example I cut holes, burn, mark, or efface the surface. By doing this, I destroy the negative itself. I also add objects to the negatives when I'm scanning. Finally, I start to manipulate the prints. All of these processes involve an element of play with the materials. This project is ongoing so my ways of creating images can change over time."
‍

The black holes, the white dots, and the cuts she creates in her final images seem to refer to the annihilation or disruption of nature because of the environmental damage. But this layer developed itself spontaneously. "Thinking conceptually about disrupting the frame of the photograph, it became obvious to me that there's definitely a metaphor for environmental destruction as well. It's a layer that developed itself while working on the series. I wanted to create a critique of common landscape photography and it became clear to me that it had to be done physically. One image in particular that has been bleached gives the feeling of degradation. I see that layer like a metaphor for what we've done to the environment."

The physical aspect is performative.

The physicality of the process and the final image are an essential part of the work. There is no overt Photoshop involved in making the image, only pure physical interactions on the sensitive layers. "The physical aspect is performative. Working on a physical negative that we consider very precious feels like a forceful statement because it can't be undone. It is literarily destructive."
‍


In her work Surfacing, Najdowski has created images without using a camera. In her approach to nature she physically and directly exposed film and paper to elements of the environment. The prints have been produced by the mere influence of nature itself on the film's surface or paper. The light is used as a direct physical force that creates an image by itself. Distantly, it reminds us of the first photobook in history, Fox Talbot's The pencil of nature, in which he also stated that nature itself made the pictures. Photography was therefore described as writing with light. "The series Surfacing is more visually abstract. In doing that work, I was thinking about photography as a correspondence to geology and earth processes. I don't think that photography is writing with light only, it also resonates with other aspects of geo-processes like time, crystallisation and surface, which we can see in analogue photo materials." The process Najdowski uses resembles corrosion. It looks more like a scientific process that turns colours into art. Nature creates art through physical and chemical processes.
‍

Most of us who have a smartphone objectify the world around us.

Back in the 1980s, Susan Sontag stated in her seminal book On photography that instead of coming closer, we objectify the world by reproducing it as photographs. Rebecca Najdowski shares this observation, saying that the photographic conditions objectify and distance nature from our human experience. "Most of us who have a smartphone objectify the world around us. It has become a part of our daily practice of photography. I think this is a broad feature of photography. We've all sort of defaulted to certain ways of photographing. I want to use my projects to see if I can pull myself away from that alienating habit and explore other ways of approaching nature. I try to reveal the voice of nature by the physicality of the materials."‍‍

According to Najdowski, the climate crisis cast a shadow over her work. Living in the Anthropocene, photographing nature cannot be detached from a political frame. "I feel that my recent work is more political and directly addresses or confronts climate change. But I think that anything that has to do with nature is inherently political. We cannot avoid the climate emergency. When we're dealing with the concept of and our relation to nature, it automatically has a political dimension."

Rebecca Najdowski is an artist, researcher, and educator based in Naarm (Melbourne), Australia. Her work engages with the material and political implications of representing nature through photographic technologies. For over ten years she has used materials like gelatin silver and chromogenic photographic paper, 35 mm educational slides, overhead projectors, and 3D scanners — often counter to their intended use — to make artworks that offer alternative modes to habitual ways of seeing, and sensing, more-than-human nature. Rebecca’s work has been presented internationally, including Aperture Gallery (New York), Athens Digital Art Festival (Greece), and FORMAT Festival (United Kingdom). She holds a PhD from the University of Melbourne and an MFA from California College of the Arts in San Francisco, and was awarded a Fulbright Fellowship in Installation Art to Brazil.

Her work is shown at the Belfast Photo Festival 2022. ‍

Frank Ockenfels 3
Fotografiska opens a boundary-pushing exhibition of an American photographer on its third birthday.
News
•
Next
Back to Magazine
By clicking “Accept All Cookies”, you agree to the storing of cookies on your device to enhance site navigation, analyze site usage, and assist in our marketing efforts. View our Privacy Policy for more information.
PreferencesDenyAccept