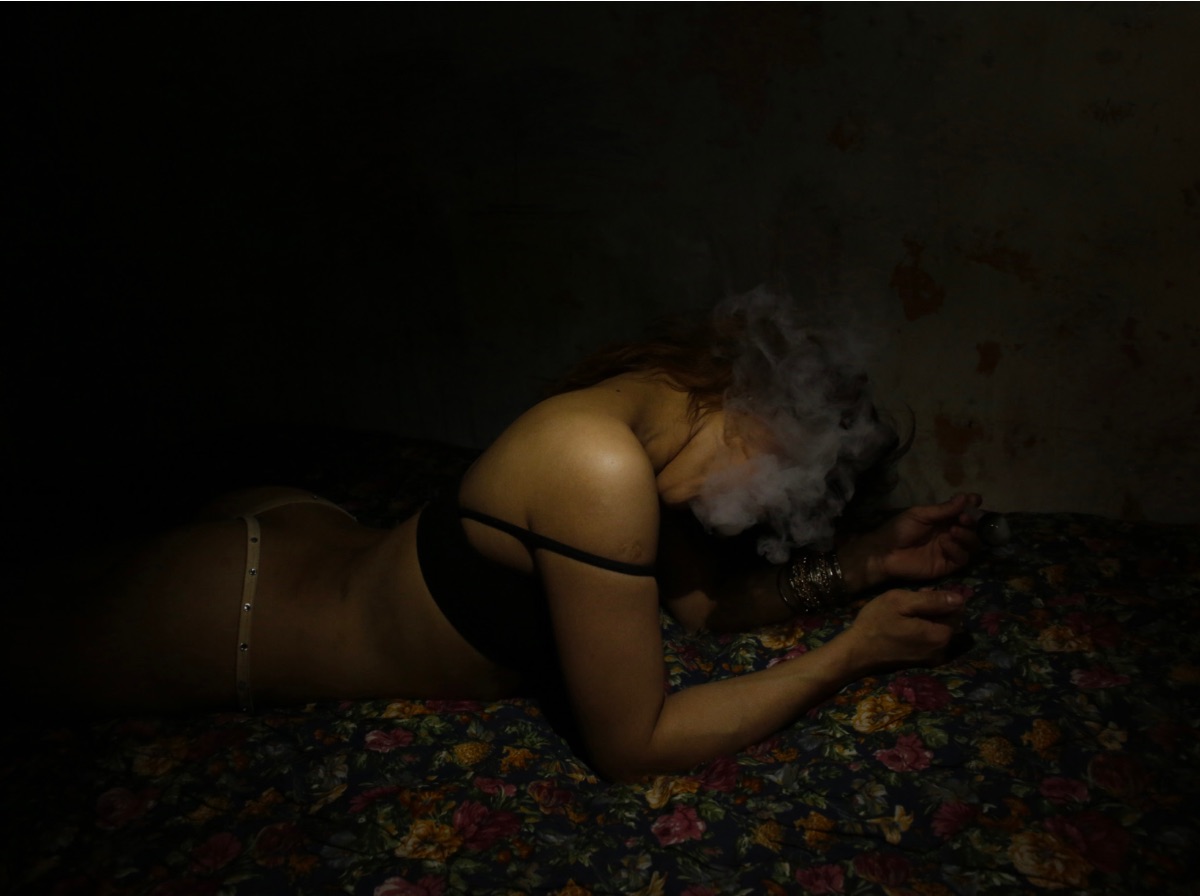 Les filles du calvaire gallery is pleased to announce the next solo exhibition of Antoine d'Agata which will take place from October 28 to December 4, 2021. Five years after his last exhibition Atlas, d'Agata revisits the body of work he made in Mexico.

1986 - 2021. The body of work presented at the gallery reflects the experiences of this prolific artist: violent and troubled. The ensemble bears witness to a journey, to incessant return trips to Mexico, which have been for the artist a field of absolute experimentation, beyond limits. The photographic material that makes up this set comes from experiments conducted over 35 years. Two histories are intertwined here, that of Mexico and that of the author's relationship with the violence of a community that he has seen disintegrate.

"For forty years - long before I became a photographer - I have lived, through my own experience, in Mexico as elsewhere, in this demand for a possible commonality, within the community of those who have no community", as George Bataille called it, of a "community of lovers" in the broadest sense, amorous and stoned, invisible and infinitely fragmented, of those who have nothing but their bodies to survive, to feel and to exist."

The entry point to this violence is a drug: Crystal Meth, which spares neither individuals nor social structures. To directly incorporate this history of violence, d'Agata absorbs the chemicals that are its source. The process is both brutal and extra-ordinary. The devastated reality then becomes abominable: the landscape empties, the human fabric disintegrates, the death drive dominates.

The images of women that punctuate the exhibition are the singular ones he encounters in the shared experience of violence. The exhibition, planned during Paris Photo, deploys different artistic languages: digital or silver photographs, serigraphs, engravings, videograms, found images; the entries into the work are multiple: formal, technical, political or conceptual. A system of "polyptic" frames, sometimes containing dozens of images, reveals the profusion of Antoine d'Agata's work.

"No particular tenderness for photography but the need to make the camera spit out what has not been said. Not to consider the thing but to swallow it whole. Spit it out. The material is there, in the ruts of reality. Through the tenacious habituation to pain and pleasure, I unravel the mechanics of our bodies that have become puppets, subjected to fear and desire.

D'Agata's involvement is physical, direct with the world and the experience of the constraint of the body that violence, drugs or his presence with prisoners impose on him. To bear witness to his own history and that of others, d'Agata conceives a photographic labyrinth where he assembles temporalities and arranges languages. The work is sometimes collaborative: stolen photos, silkscreens and images made by the prisoners are superimposed on the photographer's original images. The repertoire is that of crime, sex, drugs and abandoned spaces. The dark romanticism of the origins gives way, at the rhythm of the exponential violence that Mexico is experiencing, to a photography where the real resurfaces, raw. The contrast between the excess of gestures, the visual saturation and the rigour of the exhibition makes it possible to apprehend the complexity of his subject.

Thank you! Your submission has been received!
Oops! Something went wrong while submitting the form.
Galerie Les filles du calvaire
Paris
France
October 28, 2021
|
December 4, 2021
Website
Back to Events