Galerie Anita Beckers
By clicking “Accept All Cookies”, you agree to the storing of cookies on your device to enhance site navigation, analyze site usage, and assist in our marketing efforts. View our Privacy Policy for more information.
PreferencesDenyAccept 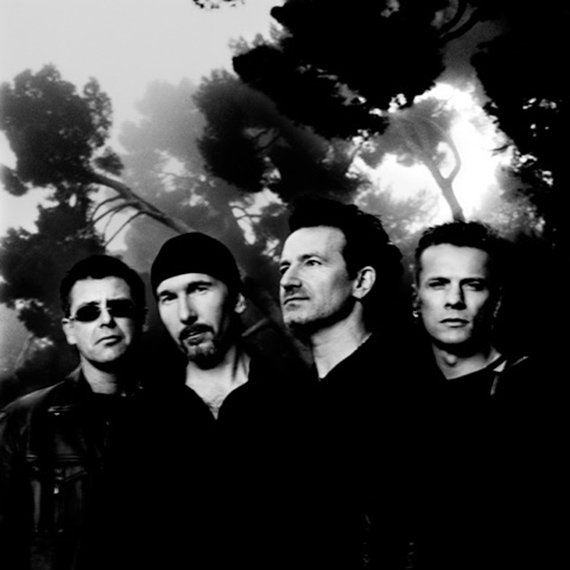 The new exhibition with Anton Corbijn does not focus on a specific photographic project of his, but is a small selection made by Corbijn himself mainly of music photographs from a series titled "#5" as well as some coming from his famous "lith-print" period.

For his sixtieth Birthday in 2015, the Gemeentemuseum and the Fotomuseum in The Hague presented his first comprehensive retrospectives. These exhibitions, "Hollands Deep" and "1-2-3-4", travelled extensively and we showed a selection of musician portraits in the gallery in 2016 under the title "#5", which had not yet been available on the market. These included legendary photos such as those from David Bowie, Kurt Cobain, Prince, Dave Gahan, Patti Smith and others.

Anton Corbijn started working as a photographer at the age of 19 and soon made a name for himself with his photographs and portraits of musicians. They include nearly every great performer such as Tom Waits, the Rolling Stones, U2, Frank Sinatra, Joy Division, Bruce Springsteen, Björk and Herbert Grönemeyer, with whom he has a longstanding friendship. In addition, he photographed hundreds of record covers (including for U2, Depeche Mode, Nick Cave, Bryan Ferry, The Killers, the Bee Gees and John Lee Hooker), he published 18 monographs and directed a large number of music videos, for example "Delia's Gone" (1994) by Johnny Cash, "Hero of the Day" (1996) by Metallica, "One" (1992) by U2, "Mensch" (2003) by Herbert Grönemeyer, "Talk" (2005) by Coldplay and a whole series of videos for Depeche Mode.

In 1994 he received an MTV award for the video "Heart Shaped Box" created for the rock band Nirvana. His countless music videos enjoy cult status and he was awarded the first ever Golden Frog for Music-Videos at the prestigious Lodz film festival in 2007.

A new docu-film "Spirits in the Forest" (2019) about Depeche Mode premiered worldwide in November 2019 and will soon be available on the market. Corbijn's photographs and close collaboration with the respective bands played an important role in establishing the band's image and he works intensively with many of them to this day.

During the last 30 years he has also been photographing a lot of other creative people such as Gerhard Richter, Ai Weiwei, Gore Vidal, Robert De Niro, Kate Moss, Imi Knoebel, Lucian Freud, Clint Eastwood, Damien Hirst etc and has taken deliberately very little music related work with "new" people on board as he doesn’t want to repeat himself and wants to follow a curiosity about a wider understanding of Art than just Music.

Corbijn made his debut as a feature film director in 2007 with the award-winning Control, a film biography of the Joy Division singer Ian Curtis. Since this directorial debut, the level of public awareness has exploded internationally. Subsequently he gained more recognition by a broader audience. With his second film "The American" (2010) with George Clooney, Corbijn made a genre based film, a thriller based on the structure of a Western; Herbert Grönemeyer composed the music. It went to the number #1 spot in the USA for its opening week.

For his third feature film, he filmed a John Le Carré novel: "A Most Wanted Man" (2014) takes place in Hamburg and tells of a German anti-terrorist agent who is worn down by the intrigues of the international secret services. The film music was again written by Herbert Grönemeyer. It was a fantastic performance by the late great Philip Seymour Hoffman, also tragically his last role before his death.

In his last major exhibition in Germany, "The Living and the Dead" at the Bucerius Kunstforum in Hamburg 2018/2019, early portraits of cemetery stone sculptures were presented for the first time, together with self-portraits and some of his more well-known work. Thus, there are always new and exciting facets to discover in the work of photographer Anton Corbijn.

Thank you! Your submission has been received!
Oops! Something went wrong while submitting the form.
Galerie Anita Beckers
Frankfurt
Germany
January 16, 2020
|
April 11, 2020
Website
Back to Events