Cité de l'image
By clicking “Accept All Cookies”, you agree to the storing of cookies on your device to enhance site navigation, analyze site usage, and assist in our marketing efforts. View our Privacy Policy for more information.
PreferencesDenyAccept 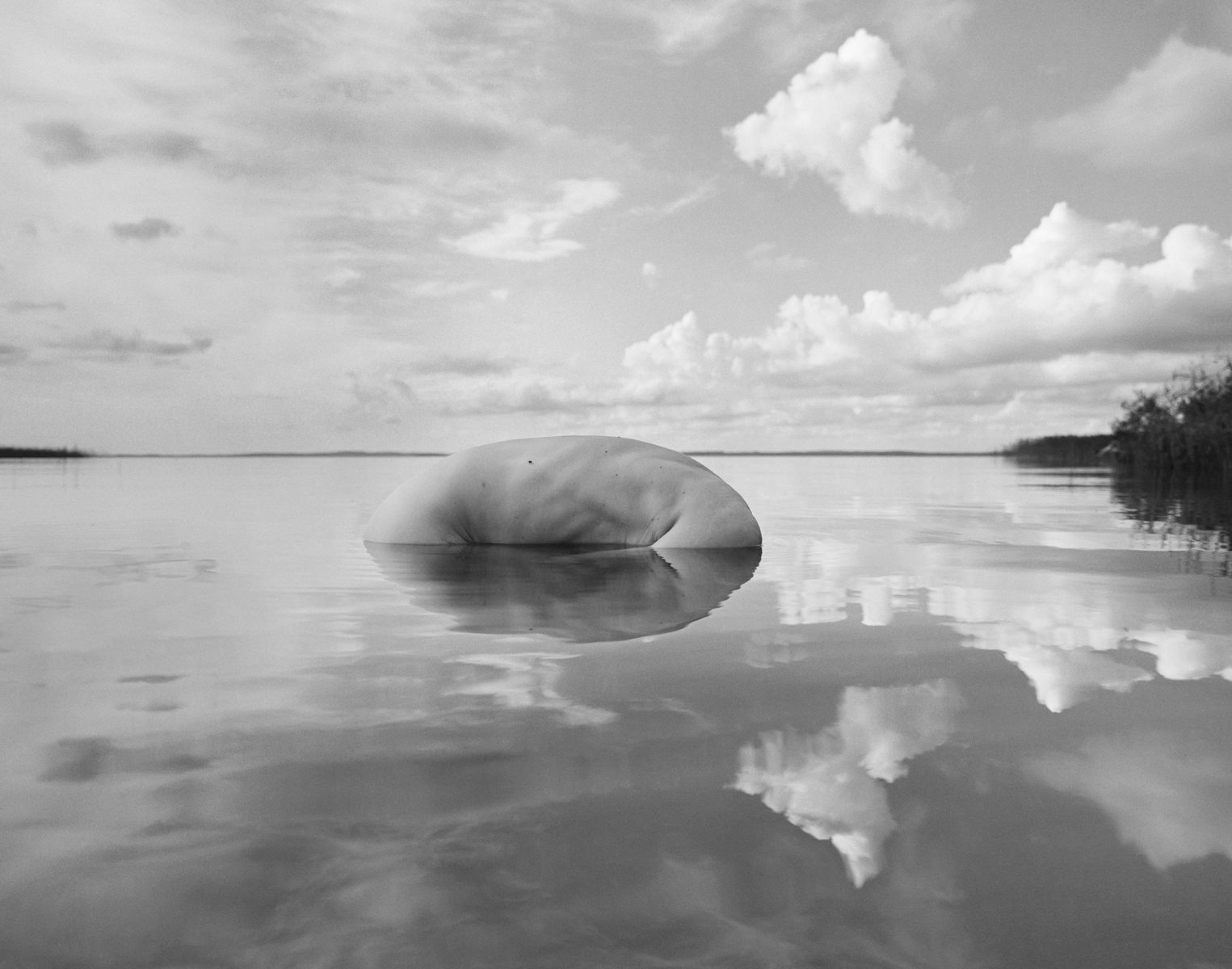 The human condition is a dynamic and changing process, marked by circumstances and situations that must be confronted and surmounted. Challenges present themselves in the form of mysteries to resolve, tasks to take on, landmarks to reach. Thus, existence our is defined by evolution - not to be confused with "revolution". It can happen in silence, in the intimate setting of an individual life.

Multiple strategies can help the fluidity of this existential process along. Photographer Arno Rafael Minkkinen displays his in an œuvre worth "two hundred seasons" (1).

His photographic work is often described as a staging of the human body in space, or, conversely, landscape vistas harbouring the artist's (or his model's) silhouette to create a dialogue. This questioning happens on several levels and does not exclude the monologue. The juxtaposition of body and landscape is taken to the extreme. The human figure becomes part of the background, almost disappearing within the setting. If the body is the subject, why push it to the limits of its symbolic dissolution? In some photographs, the body clearly stands out from the background, but conjures up something else - it becomes a cloud, or a rock, or a tree trunk...

It abandons its subjective role to take the place of a pictural element and is thus subject to new rules, to visual rather than physical laws.

"Breaking the mould" implies destruction. But this act is not enough. We are only halfway on our quest. The next logical step will be giving shape to something new, fitting neatly into its setting. This is a strategy we find in nature, but also in military thinking. Something between camouflage and mimetics. In nature as in war, it exposes itself less poetically than in the arts. Compelled to "disappear" in order to continue existing and guarantee survival: this is what it means.

The romantic tradition uses this principle in the concept of "Entgrenzung". The individual denies his identity until he stops existing as a human being. The moment doesn't last long, but long enough to overcome the feeling of self and to become something else, to become... part of the landscape? This merging with nature, with the world, elicits a strangely paradoxical effect. It takes us back to what is ready to "break": the individual. It is an overwhelming feeling which forces consciousness past its limits: the actor takes the place of the observer. In this new perspective, ideas take on an objective and free spirit. Thoughts are dissociated from the thinker, suggesting universal openings. Priorities shift, hierarchies are toppled. The images take on a new shape, escaping the obvious and revealing the mystery hidden within:

"The secret of the world we are seeking must necessarily be contained in my contact with it. Inasmuch as I live it, I possess the meaning of everything I live." (2)

This step requires courage, for it is the equivalent of a deep dive. The resulting experience and feeling, however, must be unique and marvellously subjective.

Arno Rafael Minkkinen (*1945) lives and works in Massachusetts and Finland. Born in Finland, he emigrated to the United States in 1951. He studied at the Rhode Island School of Design in the early 1970s. Today, he is a Professor of Art at UMass Lowell and a Docent at Helsinki's Aalto University. His photographs have been published and exhibited all around the world and major collections such as the MoMA in New York, the Centre Pompidou and Musée d'Art Moderne in Paris, and the Tokyo Metropolitan Museum of Photography hold his work. Minkkinen is always exploring the relationship between the nude body and the environment. His photographs inhabit the space between self-portraiture and landscape photography.

Thank you! Your submission has been received!
Oops! Something went wrong while submitting the form.
Cité de l'image
Clervaux
Luxembourg
December 17, 2021
|
October 21, 2022
Website
Back to Events