The National Science and Media Museum 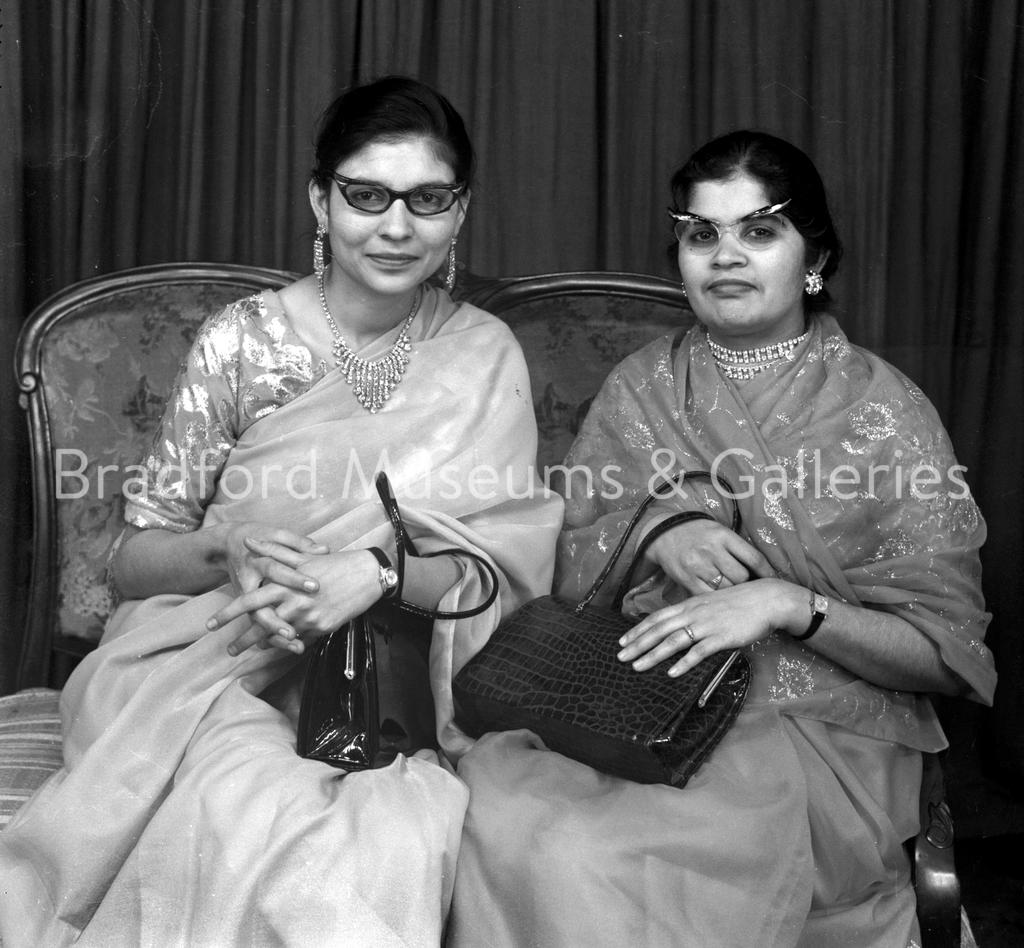 Photographic portrait from Manningham’s Belle Vue Studio, subject unknown. One of approximately 17,000 images held within our archive, dating from the 1950s to the 1970s

Following more than six months of temporary closure, the National Science and Media Museum reopened its doors to the public earlier this month. As part of the museum’s exciting reopening programme, it has revealed a new permanent gallery shining a light on Bradford’s influential Belle Vue Studio, where thousands of the city’s residents had their portrait taken between the 1920s and 1970s.
‍

The project is a partnership with Bradford Council’s Museums and Galleries Service who in the 1980s were able to rescue and acquire 17,000 glass negatives taken at the original Belle Vue Studio, which otherwise may have disappeared. In recent years Bradford Museums and Galleries, the University of Leeds and the National Science and Media Museum have teamed up to begin digitising the thousands of photographs, so they are publicly available. Bradford Museums are also doing extensive research to find out some of the stories of the people in the portraits, and in 2019 the photographs featured in a special BBC documentary ,“Hidden History - The Lost Portraits of Bradford”.

Since 1989, the National Science and Media Museum’s Kodak Gallery has been home to the Daylight Studio; a replica of a portrait photographers’ studio from the 1860s. The new exhibition has been produced as part of Bradford’s National Museum research project, funded by the Arts and Humanities Research Council, and showcases a recreation of the Belle Vue Studio. It tells the fascinating story of Bradford’s very own photographic history and the important role of the studio in documenting the lives of the city’s inhabitants during a century of great societal change.  In the new exhibition, visitors can even get the chance to take their own photographic portrait, set against a backdrop inspired by the original studio.

Phillip Roberts, Associate Curator of Photography and Photographic Technologies at the National Science and Media Museum, commented: “Remaking this space as Bradford’s Belle Vue Studio helps us to inject a compelling local story into our photography gallery and to tell a more in-depth history of Bradford’s people and the ways that photography has been used to help foster transnational communities. Bradford once had over fifty portrait studios, and the best loved of all was the Belle Vue Studio. This was a place where everyone was welcome, and its legacy endured long after many other photographic studios had closed.”

The Belle Vue Studio opened in 1926 on Manningham Lane in Bradford and was first run by owner and photographer Benjamin Sandford Taylor. Operating in the city for half a century, the portraits taken there form a unique record of a British industrial city in a time of great change in the middle of the 20th century. From the studios first customers. who were largely from Britain and Ireland, to new arrivals later in the century from the Asian subcontinent, the Caribbean and Europe, the portraits trace the growth of industry in Bradford, as well as the impact of the National Health Service and expanding public transport networks which provided huge opportunities in the region. Many visitors sent their portraits home to their families abroad, with the images providing an aspirational projection of their success and wealth - though this was not always reality.

Racism in the UK meant that many people were turned away from commercial properties, and it was not until 1965 that the Race Relations Act banned racial discrimination in public places. However, the Belle Vue Studio had a reputation for its openness, with one customer commenting of the studios second owner Tony Walker: “I’m going places and they’re telling me that it’s bad for business because I was Black, it will lose customers… And then I saw this studio [Belle Vue] and I went in and saw Mr Walker, and he says ‘You can have your picture right away if you want it’… and it ended up that I noticed that most of the Black people went there, to that particular studio.”

In the 1950s, as portable cameras became more widely available and affordable, many photographic studios began to close due to a loss of customers. However, the Belle Vue Studio managed to survive because of its welcoming attitude to all customers and its unique use of traditional methods of photography. The studios original owner Benjamin Sandford Taylor enjoyed using an old Victorian glass plate camera, which did not move until the studios closure in 1975. His successor, Tony Walker, worked alongside Taylor for many years and carried on his legacy of traditional methods of photography, using daylight to take photos instead of electric light.

Councillor Sarah Ferriby, Bradford Council’s Executive Member for Healthy People and Places, said:“The photos in the Belle Vue Studio Collection tell the stories of countless families from across our district’s recent past. We are pleased to have partnered with the National Science and Media Museum to give a city centre presence to one of our most important collections. We’re excited to be working in partnership on this project and will continue to develop this collection and its stories through on-going community, partnership and project work. We have managed to trace many of those featured in these images and this exhibition is another great opportunity to explore the collection and discover more about the history of the studio, its techniques and the people who visited to have their photographs taken.”

Phillip Roberts added:“These images tell the story of Bradford, its people, and the whole region’s transformation into the diverse and industrious place that it is today. And it tells the story of photography and its power to represent people, their hopes, and relationships with one another. I am proud to find a place for the Belle Vue Studio in our permanent photography gallery. Our visitors can step back inside this lost studio and see the people that lived in this city many years ago. Some might see old friends looking back at them from another time. Visitors can also learn how wet plate photography worked, stand behind a grand old camera, and even peek inside a darkroom.”

In line with the government roadmap out of lockdown, the National Science and Media Museum reopened to the public on Wednesday 19 May and Pictureville Cinema reopened on Friday 21 May. Visitors are asked to pre-book a free ticket in advance to manage the number of people and flow through the museum, ensuring safety and comfort for all. Tickets are now available to pre-book through the museum website, where visitors can also find useful FAQs and details of the upcoming events and exhibitions programme.

Thank you! Your submission has been received!
Oops! Something went wrong while submitting the form.
The National Science and Media Museum
Bradford, West Yorkshire
UK
June 1, 2021
|
December 31, 2021
Website
Back to Events