Fotografiska
By clicking “Accept All Cookies”, you agree to the storing of cookies on your device to enhance site navigation, analyze site usage, and assist in our marketing efforts. View our Privacy Policy for more information.
PreferencesDenyAccept 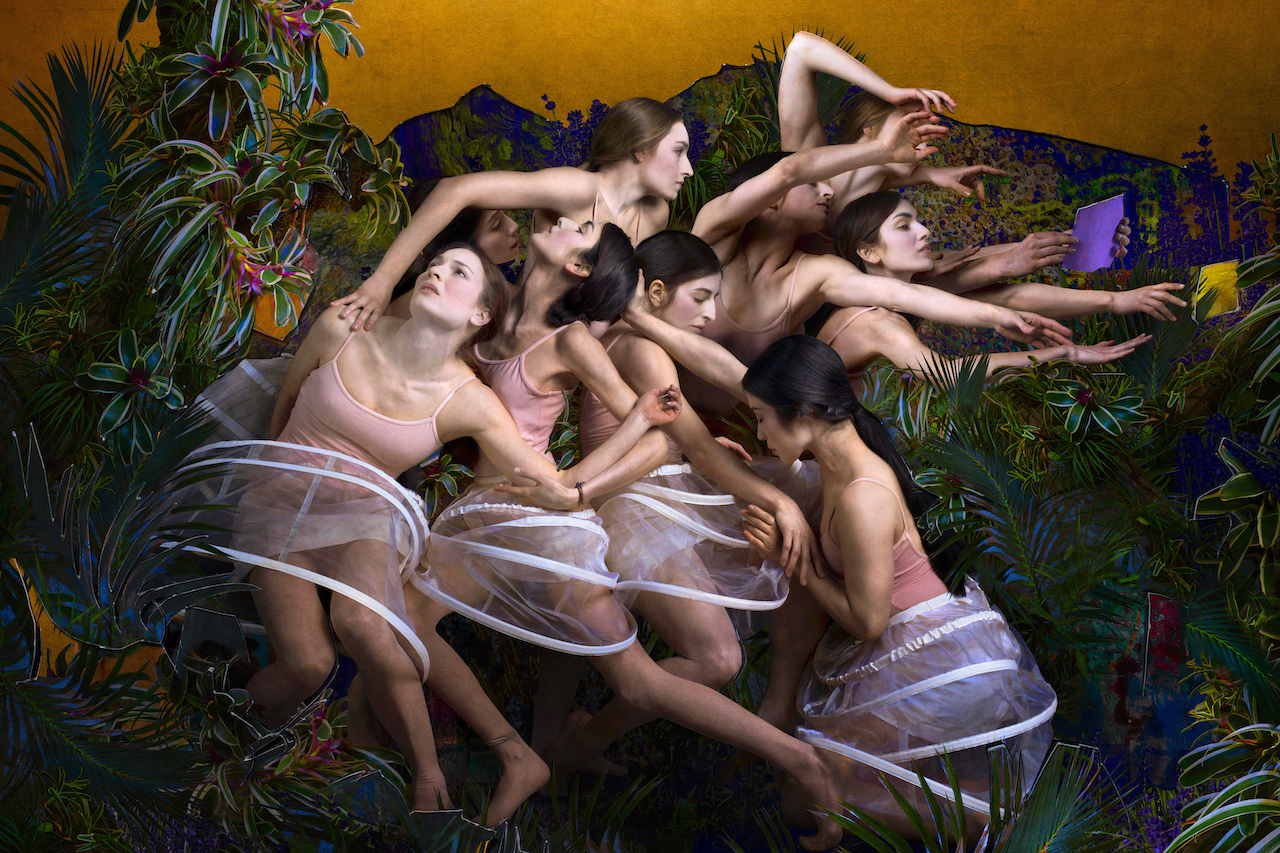 Fotografiska opens a new exhibition by the female artist duo Cooper & Gorfer, titled "Between these folded walls, utopia". The exhibition stems from the current political reality, where many are forced to leave their homes and begin a new life elsewhere. With a deep interest in the human story, the artists imagine a playful utopian theatre, reminding us that we are all caught in the imaginary world of our own interpretations and cultural conditioning.

‍Cooper & Gorfer ask the viewers questions like, what do you hold close? where is your secret place of belonging? if you had to leave everything behind and begin again — who would you be? Humanitarian tragedies caused by wars and the all-encompassing effects of climate change keep unfolding, and they keep creating immense human suffering and waves of migration. The danger now is, will we stop trying to imagine a better world?Struck by this realisation, that we are living within a loss of utopia, Cooper & Gorfer reached out to their local communities and interviewed young women whose lives had, in one way or another, been ruptured by the effects of forced migration. They asked them about their dreams, their identity and their secret places of longing. The protagonists of these vivid portraits are young women, whose lives and sense of self has been ruptured.

They are photographed like goddesses, surrounded by an entourage of helpers and assistants. With the use of naïve cuts and collage elements, Cooper and Gorfer construct various layers of physicality within each work, acting like the many layers of backdrops on a theatre stage.This is a world, where everything is possible.As Maarja Loorents says: "The artists Sarah Cooper and Nina Gorfer are working with an extremely current theme – how to rebuild your life in a strange land, in a strange environment.

At the exhibition, we see moving stories of people, who are no longer living in their home countries and are facing questions like how to preserve their identity and traditions at a time, when everything seems so unsure. The exhibition shows the lives of these women – accompanied by mesmerizingly colourful collage-like visuals and layered imagery," added Loorents.The cultural historian Thomas Berry once famously said, “If a particular society’s cultural world — the dreams that have guided it to a certain point — become dysfunctional, the society must go back and dream again.”

This utopian theatre takes the viewer into a continuous play of surfaces and woven structures of architecture and nature, caught in an unending enclosed space of walls, gardens and doorways. Inspired by the multi-layered and non-linear narratives of Italo Calvino’s Invisible Cities and Jorge Luis Borges’ Labyrinths, Cooper and Gorfer simulate architectural elements that were once built with utopian intentions. In this world of illusions, the women are adorned with a small array of personal items from former lives.Cooper & Gorfer consists of Sarah Cooper (USA, 1974) and Nina Gorfer (Austria, 1979). Cooper & Gorfer research memory, migration, relocation and transformations of identity, based on the stories and lives of the women they meet and collaborate with. Sarah Cooper and Nina Gorfer have been working together since 2006.

Their work has been exhibited in museums such as Hasselblad Center, Gothenburg; the National Museum of Photography, Copenhagen; and Fotografiska Stockholm. They are represented in several museum collections, including the National Gallery of Iceland. Cooper & Gorfer are Hasselblad ambassadors.The exhibition is open until the 18th of September.

Thank you! Your submission has been received!
Oops! Something went wrong while submitting the form.
Fotografiska
Talinn
Estonia
May 20, 2022
|
September 18, 2022
Website
Back to Events