RosPhoto
By clicking “Accept All Cookies”, you agree to the storing of cookies on your device to enhance site navigation, analyze site usage, and assist in our marketing efforts. View our Privacy Policy for more information.
PreferencesDenyAccept 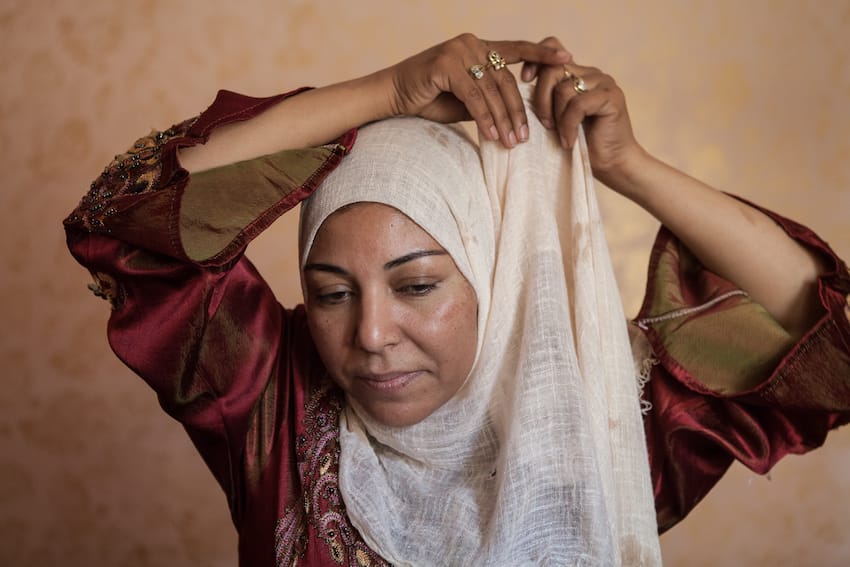 The State Museum and Exhibition Centre ROSPHOTO and the Goethe-Institut in St. Petersburg present the exhibition project “Face to Face” by photographers Amélie Losier (Berlin) and Frank Gaudlitz (Potsdam). Losier and Gaudlitz studied under Arno Fischer, one of the most famous masters of German photography. In 2019, they participated in Goethe-Institut’s residency program Dialog19.

The exhibition brings together two photo projects that originated in long and far-away journeys. Frank Gaudlitz visited South America, where he followed the steps of the outstanding scientist Alexander von Humboldt (“The Road of the Sun”), and Amélie Losier brought her works from today’s Cairo, where she explored the urban life of modern Arab women (“Sayeda”).

Amélie Losier created a series of portraits of women in Egypt between the Arab Spring and the military dictatorship. The pictures show one of the four female taxi drivers in Cairo, the first woman running for president, activists, factory workers, and housewives, with or without a hijab. Losier documents the women’s history of Egypt between the rise and stagnation.

Frank Gaudlitz traveled through Peru, Colombia, and Ecuador along the ancient Road of the Sun, laid by the Incas, on the trail of the team of geographer and naturalist Alexander von Humboldt who explored the region in the early 19th century. The photographer paid particular attention to indigenous peoples, their way of life, and cultural traditions. The visual material is structured according to the stages of Humboldt’s journey and is accompanied by quotes from his diaries and letters.

The title of the exhibition “Face to Face” reflects the photographers’ pursuit of honest and open dialogue with their models, as well as with each other.

Thank you! Your submission has been received!
Oops! Something went wrong while submitting the form.
RosPhoto
St Petersburg
Russia
February 29, 2020
|
April 26, 2020
Website
Back to Events