Łódź
By clicking “Accept All Cookies”, you agree to the storing of cookies on your device to enhance site navigation, analyze site usage, and assist in our marketing efforts. View our Privacy Policy for more information.
PreferencesDenyAccept 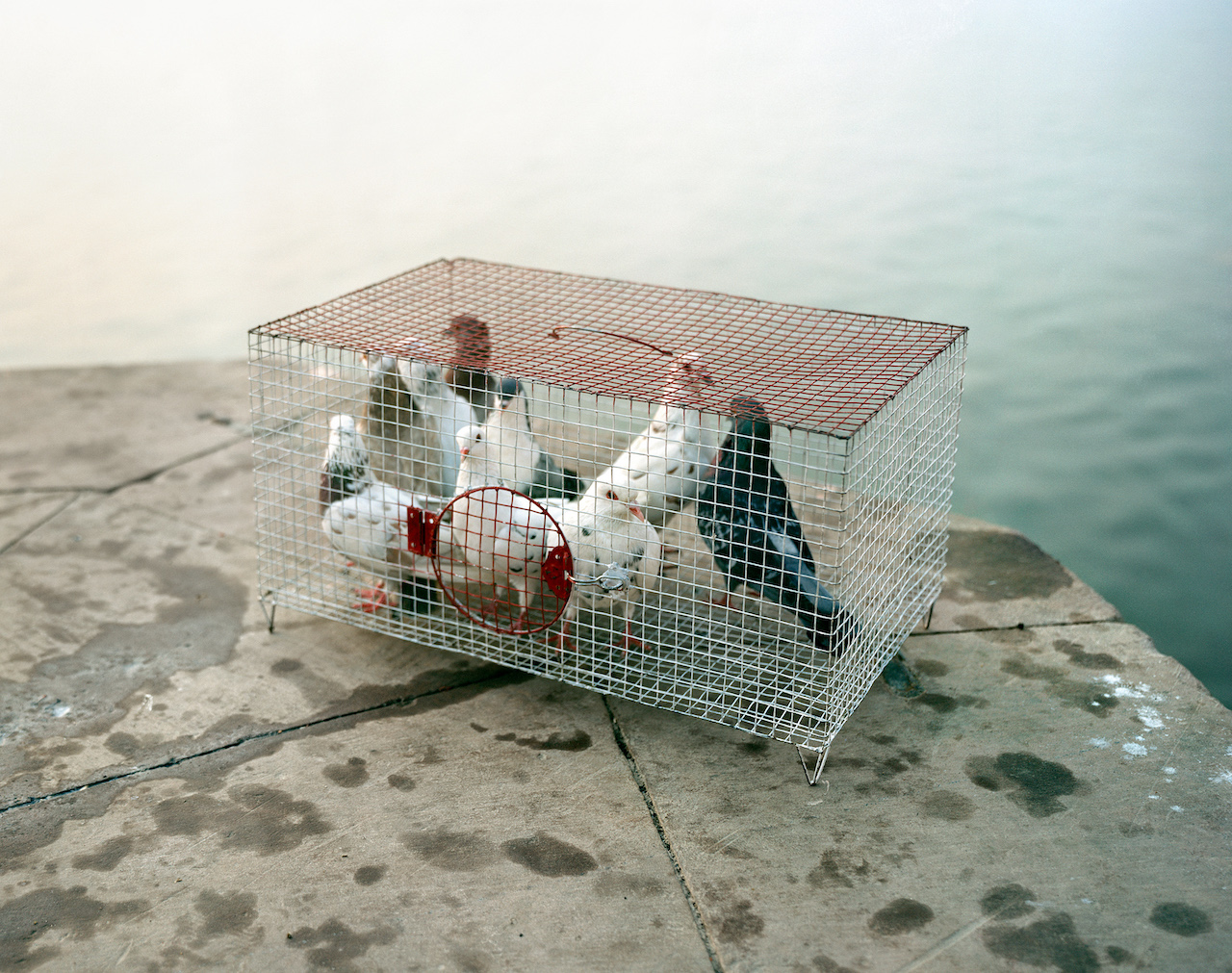 Around what values and how do we create communities in the 21st century? What role do they play in our lives?This year's Fotofestiwal – International Festival of Photography in Łódź, between 9 and 26 June, will focus on a topic that has become closer to us in the face of recent events in Europe. More than forty exhibitions from around the world and the program of accompanying events will be all about the communities.It was out of the need for solidarity and cooperation that the tri-festival was created, and the organizers invited festivals from Belarus and Ukraine to Łódź.

”When we started our work on the Fotofestiwal program, the word COMMUNITY – chosen as the main theme of this edition – had a different emotional load than today. After Russia’s unjustified and criminal attack on Ukraine, after millions of Ukrainians have been forced to search for a temporary home, we all see values such as unity and solidarity differently. Today, when the slogan "European community" is repeated in the media in every other sentence, and hundreds of people come up together with grassroots initiatives to help those fleeing the war, we want to believe that it is the "community" that will allow us to survive this crisis," say Franek Ammer, Krzysztof Candrowicz and Marta Szymańska from the Fotofestiwal’s curatorial collective.

The program has been updated to take into account the contemporary situation. Fotofestiwal - out of the need for solidarity and cooperation - has invited two other festivals to Łódź: the Month of Photography in Minsk and the Odesa Photo Days which could not be held this year due to oppression in Belarus and war in Ukraine. Both will present a part of their program in Łódź. The eighth edition of the Odesa Photo Days Festival was scheduled to take place in Odesa on 19-22 May 2022. On February 24, 2022, Russia started a full-scale war against Ukraine. Now Kateryna Radchenko, director and curator of Odesa Photo Days, and the festival team are working to spread the word about the situation in Ukraine and support Ukrainian documentary photographers and photography-based artists affected by war.

At the same time, the core of the program does not change and remains built around the slogan which has become more important in such an unexpected way. The idea of "community" is a point of reference for curators, artists, activists, and institutions invited to create the program of this year's Fotofestiwal. Exhibitions can be seen in festival centers: Art_Inkubator, the Book Art Museum, in the post-industrial OFF Piotrkowska centre, Motyl UŁ – former university building, as well as in several public galleries participating in the City Program.

The works and experiences of strong women will show us how the community can become a form of resistance and therapy after tragic events. In the new version of her multimedia project "Tatsunya", Rahima Gambo will propose a poetic, tale-like story about schoolgirls from north-eastern Nigeria. In 2013, a terrorist attack by the Boko Haram group took place at their school. The girls tried to cope with the difficult experience, including. through an educational program that also included workshops with Gambo. Works by Denae Howard, made especially for Fotofestiwal, will correspond with the project. This American visual artist will continue the topic known from her previous works – the experiences of the black community of New York and the USA. On the other hand, the "Mujeres de la Tierra / Women of the Land" project by Mahé Elipe will show how the experience of domestic violence and economic oppression became the starting point for five women to create a completely new community. Fighting for emancipation, with great resilience, they began a new life on their own territory in the rural part of Mexico City, in a successful attempt to build a perfect ”sister community”. The audience will also be invited to get to know the female perspective in Polish photography of the 1970s, 80s and 90s at the exhibition "The Only Ones. Untold Stories of Polish Female Photographers" at the Museum of the City of Łódź.

An extended concept of a community based on the relationships of people, other animals, plants, fungi and microorganisms will be proposed by the artists participating in the group exhibition „COEXIST: Liberty_Equality_Biodiversity!” Francesca Todde will tell us about interspecies cooperation using the example of Tristan's activities. This bird educator develops a proprietary way of communicating with animals based on how their senses work and what their sensitivity reacts to – such as the intensity of the gaze or even the intention behind Tristan's every move. The projects by Daniel Szalai and Marta Bogdańska will draw our attention to harnessing animal abilities for strictly human purposes: breeding of genetically engineered chickens for the production of vaccines, or participation of spy squirrels, photographer pigeons and nuclear lizards in armed conflicts and other military activities.

These are only some of the projects referring to the topic of community. The artists invited to the exhibition titled "The Joyful Death of Images" will invite us to look at the phenomenon of temporary communities built around the process of creating and experiencing images. Another exhibition is devoted to projects created with and for migrants, and the artists participating in it (Archive of Public Protests, Karolina Gembara, Yulia Krivich, Marta Romakiv and Pamela Bożek) argue that artistic activities have a real power to influence the lives of individuals. Students of the Film School in Łódź will ask how contemporary communities are formed and what are they made of. The exhibition, created in cooperation with the University of Łódź, will feature works by such artists as: Zygmunt Rytka, Cecylia Mailik, Piotr Wyrzykowski and Anna Konik. The Strzemiński Academy of Art in Łódź implemented community thinking already at the stage of creating the concept of the exhibition and invited other art academies to work with them – the result will be a nationwide review of art schools.

The Open Program will present the most interesting photo projects, selected from among almost a thousand entries submitted for this year's competition by artists from 40 countries. In this part, we will see a very personal and at the same time universal project by French artist Mathias de Lattre about hallucinogenic mushrooms and their importance both in the traditions of many cultures of the world and in the treatment of the artist's mother's disease. Another difficult family experience – grandmother’s progressive dementia –became the starting point for Hungarian artist Balázs Turós. In his project, he asks questions about collective and individual memory, transience and possible ways of coming to terms with one's own mortality. There will also be other topics to reflect upon, for instance two difficult stories of two countries. Santanu Dey's work will bring to us closer the Marichjhapi island massacre in India. Turkish artist Cemre Yeşil Gönenli, in her award-winning project "Hayal & Hakikat: A Handbook of Forgiveness and A Handbook of Punishment", recalls archival photographs of prisoners' hands, on the basis of which Abdul Hamid II, the 34th Sultan of the Ottoman Empire, is believed to have decided who was guilty of the crime as accused. Mateusz Kowalik, on the other hand, in his poetic series of black and white photographs, looks at the need to escape to nature.

Thank you! Your submission has been received!
Oops! Something went wrong while submitting the form.
Łódź
Łódź
Poland
June 9, 2022
|
June 29, 2022
Website
Back to Events