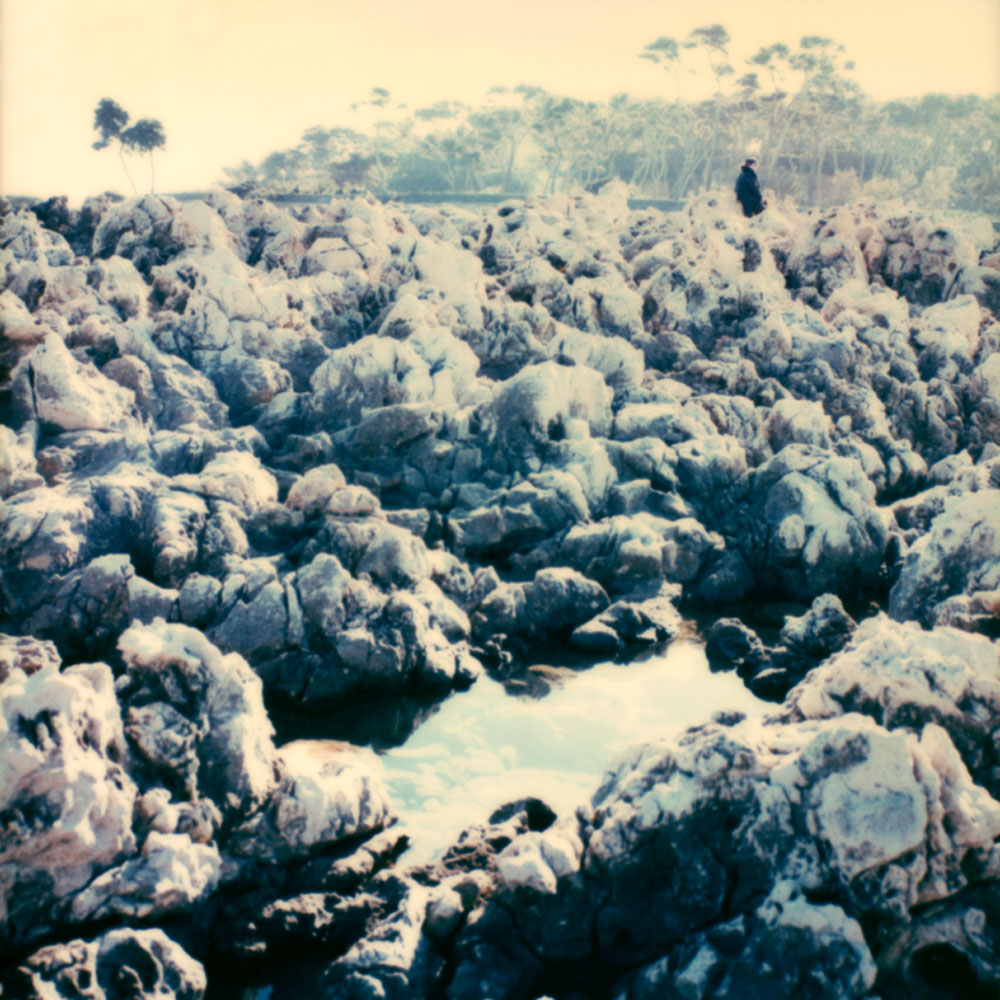 Knut Wolfgang Maron counts as one of the pioneers of modern color photography and Polaroid photography in particular. For his solo exhibition at the Alfred Ehrhardt Stiftung, he has selected several hundred images from a total body of work comprising over 8,500 Polaroids.

‍
The inherently political dimension of Knut Wolfgang Maron’s imagery becomes apparent against the backdrop of climate change. Ecological issues have had an influence on Maron’s view of nature as far back as the 1986 Chernobyl nuclear disaster: "Landscape photography with a Polaroid camera was considered an avant-garde quirk at the time. I was interested in using a contemporary medium to express the dialectic of a brave New World and the changing environmental conditions, especially after Chernobyl’s realworld and psychological impacts. Over the past forty years, the overall consciousness has changed considerably. Once again, a younger generation of photographers is paying attention to landscape, nature, and climate change."

In 1978, when artistic color photography was first making its way into art museums in Germany, Maron was an outlier. Almost all photographers at that time focused on street photography and urban landscapes; he had no interest in being part of this American tradition. The Folkwangschule in Essen, where he studied under Otto Steinert and Erich vom Endt, was the first German university with a color photo lab. Unlike his fellow students, however, the trained photographer had already mastered the color process to perfection. Finishing his studies at this school was therefore no longer an imperative and by the time the Polaroid SX-70 camera came onto the market, he had made his decision to work with exactly this "imperfect," difficult-to-control technology. Different from his contemporaries, he was not interested in the objective reality of reportage or documentary photography, but in a visual language that, in line with Otto Steinert’s "Subjective Photography," calls for the viewer’s own subjective interpretation. Maron was a rebel of observation. His use of Polaroid photography deliberately ran counter to the zeitgeist. At that time, it was an unimaginable breach of taboo and a tremendous provocation against all art parameters.

Even today, this analog medium exerts a powerful appeal, especially with a younger generation that has grown up with digital production methods. Instant image generation not only makes Polaroids alluring but their fusing of surface areas and unconventional color tones are also highly seductive. The serenity of the square demands exacting compositional strategies, and the distance from the subject yields unexpected and surprising results.

Maron’s range of colors transports us to another world: seemingly immersed in an alien light, shrubs and trees are reduced to white silhouettes. Skies glow yellow, karstic rock formations oscillate into blue, ground surfaces turn purple, and the sea drowns in turquoise. Nature appears to be illuminated from within and is transformed into a reflection of a realm poised between dream and memory. Warm tones, but also focused, tranquil compositions attest to Maron’s deftness with the pictorial ideas of romanticism, conveying a restrained grandeur.

Thank you! Your submission has been received!
Oops! Something went wrong while submitting the form.
Alfred Ehrhardt Stiftung
Berlin
Germany
September 18, 2021
|
December 23, 2021
Website
Back to Events