Large Glass
By clicking “Accept All Cookies”, you agree to the storing of cookies on your device to enhance site navigation, analyze site usage, and assist in our marketing efforts. View our Privacy Policy for more information.
PreferencesDenyAccept 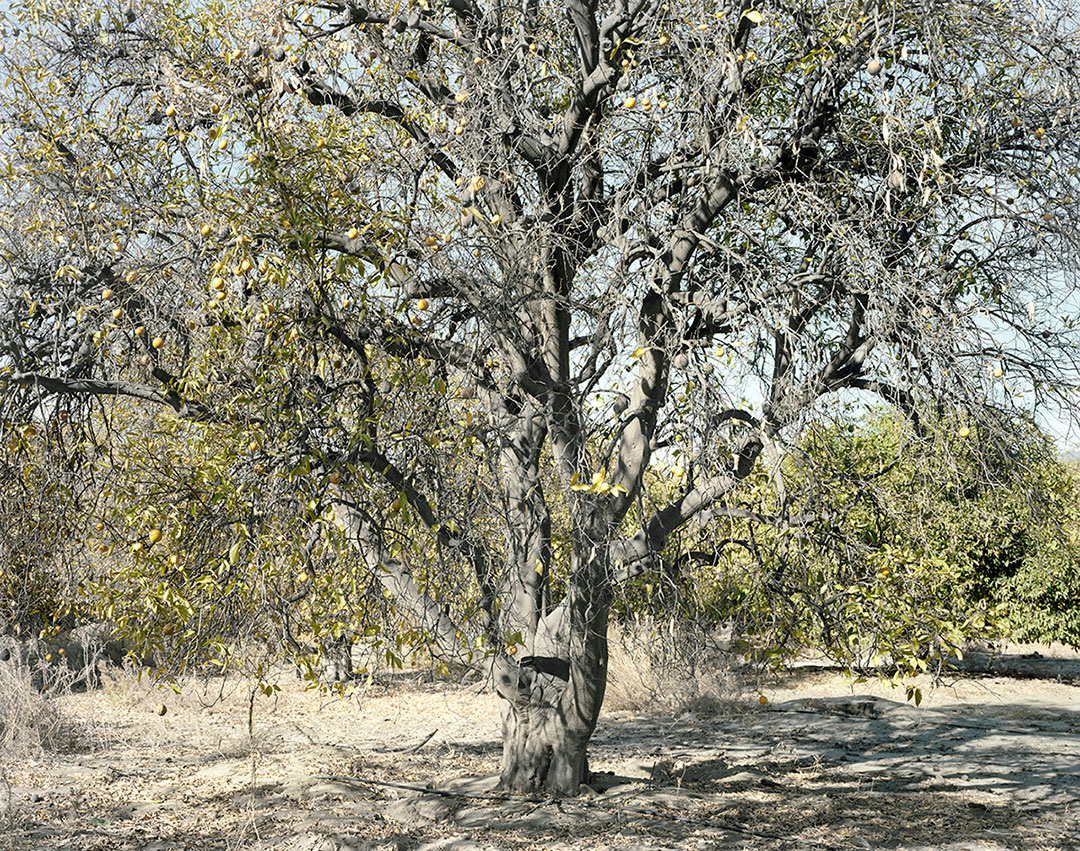 Mark Ruwedel’s third solo exhibition with the gallery develops on from his ongoing project Los Angeles: Landscapes of Four Ecologies. For over three decades, Ruwedel has photographed American deserts and wild spaces that bear traces of human intervention.

In Ruwedel’s Los Angeles series, he has identified and photographed four overlapping landscape ‘systems’: The Rivers, The Eastern Edge (transitioning from the basin to the desert), The Hills and Canyons, and The Western Edge (the coast). His work captures the dynamic landscapes of the greater LA metropolitan area, which is shaped by floods, fires, earthquakes and landslides. For his work depicting the effects of fire on the landscape, Ruwedel was nominated for the Prix Pictet in 2021. In this exhibition, Ruwedel turns his attention to an area culturally known as the Inland Empire: a semi-arid zone between the Mediterranean climate of Southern California’s coastal regions and the harsher weather of the deserts to the east.

Before European colonisation, Southern California was, to a great extent, tree-less. The three trees that characterise the region – eucalyptus, palm and citrus – are all imports. Ruwedel focuses on these non-native trees, which are gradually disappearing as human activity encroaches further on the landscape. With the edge lands of the city apparent, these imported trees mark a solitary presence and suggest past economies, histories and values. Alongside colour and black and white photography, a newly produced portfolio of Ruwedel’s photographs of burnt trees captures the artist’s engagement with fire as a force in the landscape.

“Burnt trees are the result of both naturally recurring phenomena and human activities. They also offer a hint of a possible future.”

Known primarily as a Western landscape photographer, LA-based Ruwedel has acknowledged a varied range of artistic influences from 19th Century photographers Carleton Watkins and Timothy H. O’Sullivan, as well as Earthworks artists such as Robert Smithson and Michael Heizer, to the New Topographics photographers. He won the Scotiabank Photography Award and a Guggenheim Fellowship (both in 2014), was shortlisted for the Deutsche Börse Photography Foundation Prize (in 2019) and for the Prix Pictet (2021). Ruwedel is represented in museums throughout the world, including the Los Angeles County Art Museum; Metropolitan Museum, New York; Yale Art Gallery; National Gallery of Art, Washington; National Gallery of Canada; Stichting Foundation, Brussels; Maison Européenne de la Photographie, Paris; Tate Modern, London; and San Francisco Museum of Modern Art. Mark Ruwedel’s Archive is being housed at Stanford University’s Special Collections Library.

‘Burnt’ is the very first portfolio in the series ‘20x25’ published by Imagebeeld Edition in Brussels. With thanks to Jean-Paul Deridder and Benoit Willaert (Imagebeeld).

Thank you! Your submission has been received!
Oops! Something went wrong while submitting the form.
Large Glass
London
UK
May 11, 2022
|
July 9, 2022
Website
Back to Events