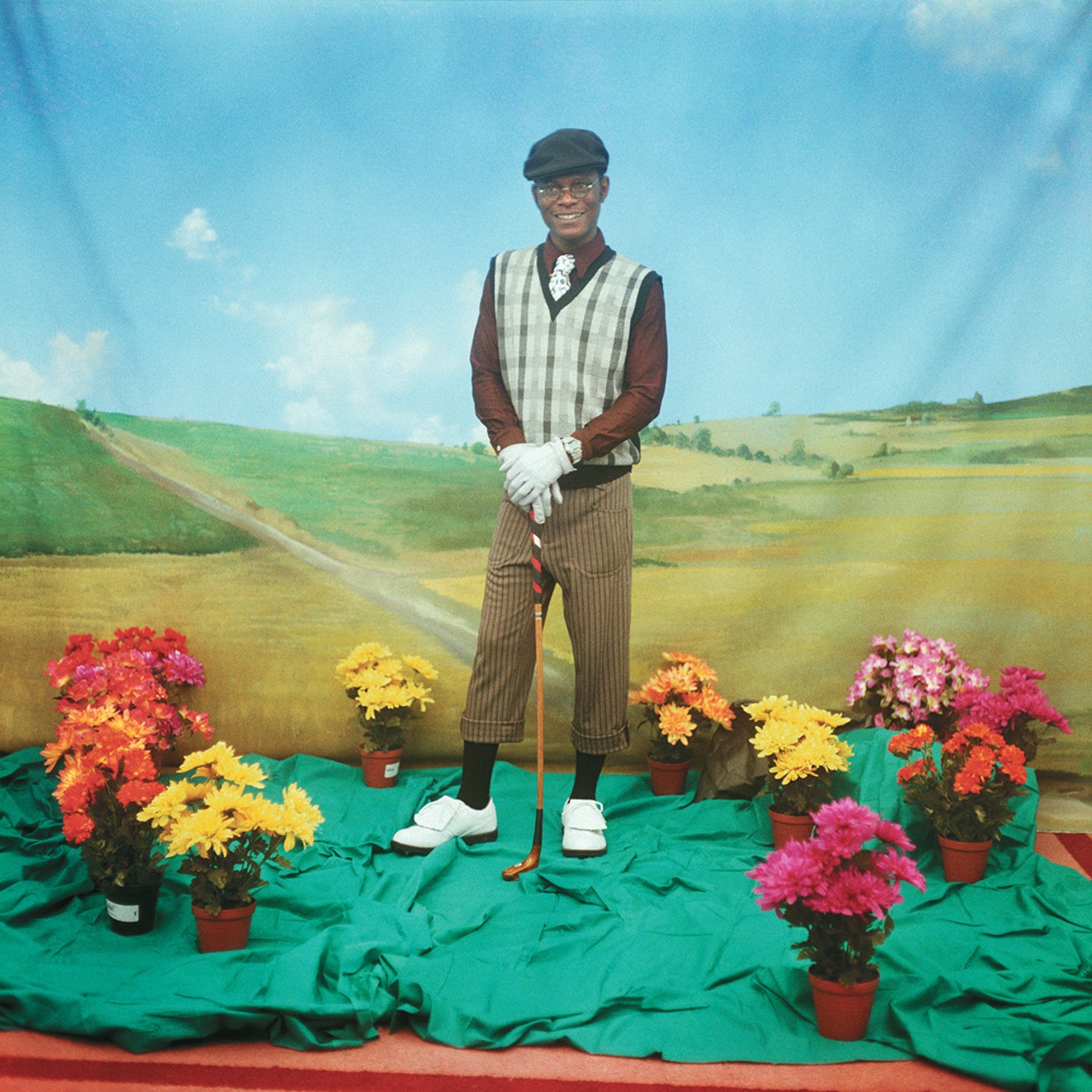 Born in 1962 in Cameroon, Samuel Fosso began his career at a very young age as a studio photographer in the tradition of Seydou Keïta and Malick Sidibé. He made a name for himself with his self-portraits and photographic performances and gained international recognition when he participated in the first edition of the Rencontres de Bamako in 1994.

In 1997, he produced the "Tati" series - in which he portrayed various stereotypical characters such as The Liberated American Woman, The Golfer and The Rocker - which became iconic. Through these funny and biting images, Samuel Fosso deeply questions the notion of personal and social identity. This ability to blend into other lives, other journeys, is the common thread of a work in which the artist explores the freedom to invent and narrate himself.

If the genre of self-fiction, and more particularly self-portraiture, has been widely used by artists since the 1970s, Samuel Fosso has given this practice a new scope, at once political and historical, fictional and intimate. For Fosso, the embodiment in front of the lens of key historical figures and social archetypes is a means of existing in the world as much as a demonstration of the power of the photographic medium in the construction of a figure, of a myth.

With more than 200 works, mixing vintage prints from the 1970s, emblematic colour and black and white series from the 1990s and 2000s such as "Tati" and "African Spirits", and recent projects such as the monumental series of Polaroids "SIXSIXSIX", this exhibition offers for the first time a comprehensive look at the pioneering work of Samuel Fosso.

Thank you! Your submission has been received!
Oops! Something went wrong while submitting the form.
Maison Europeene de la Photographie
Paris
France
November 10, 2021
|
March 20, 2022
Website
Back to Events