Robert Klein Gallery
By clicking “Accept All Cookies”, you agree to the storing of cookies on your device to enhance site navigation, analyze site usage, and assist in our marketing efforts. View our Privacy Policy for more information.
PreferencesDenyAccept 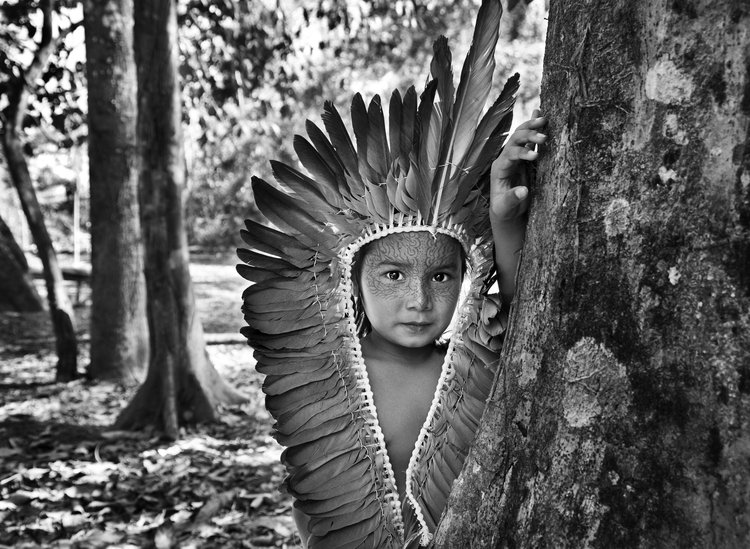 Acclaimed Brazilian photographer Sebastião Salgado has created numerous in-depth bodies of work documenting life on Earth, from crushing images of unimaginable hardship facedby gold miners in Brazil and pictures of hell on earth from blazing oil wells in Kuwait toscenes of serene, magnificent wilderness, Salgado has touched the depths of the human condition. Through his expansive, yet finely detailed black-and- white photographs, Salgado reveals both awe-inspiring and horrifying scenes from some of the most far-flung corners of the world, presenting us with his own unique vision of our vast planet.

Sebastião Salgado was born in 1944 in the Brazilian mining state of Minas Gerais and now lives in Paris. Initially an economist with the World Bank, Salgado began his photographic career in Paris in 1973. He worked with the Sygma, Gamma, and Magnum Photos agencies until 1994, when he and his wife Lélia Wanick Salgado founded Amazonas Images, dedicated exclusively to his work. He has traveled to morethan 100 countries for his photographic projects, resulting in many books including Other Americas (1986); Sahel, lʼhomme en détresse (1986); Sahel: the end of the road (1988); An Uncertain Grace (1990); Workers (1993); Terra (1997); Migrations and Portraits (2000); Africa (2007), Genesis (2013) and Amazonia (2021)

A feature-length documentary about the artist and the Genesis project, The Salt of the Earth, directed by Wim Wenders and Juliano Ribeiro Salgado, won the Special Jury Prize at Cannes in May 2014. Salgado has been awarded numerous major photographic prizes in recognition of his accomplishments. He has twice been named photographer of the year by the International Center of Photography.

Due to his work's humanitarian and environmental focus, Salgado was named a UNICEF Goodwill Ambassador and has been awarded Honorary Doctorates from a number of universities. He is currently an honorary member of the Academy of Arts and Sciences. In May 2022 he will receive an Honorary Doctorate from Harvard University.

This following is a statement from Lélia Wanick Salgado, Curator and Organizer of the Amazônia exhibition that is the subject of Sebastião Salgado’s upcoming presentation at ALNOBA:
Never has our planet faced such danger as it does this century. Brought on by global warming, desertification of soils, pollution of the oceans and the steady destruction of biodiversity, this climate emergency is a constant reminder of the fragility of our environment, the stability which is critical to the survival of all forms of life on earth.

The Amazon rainforest, known colloquially as “the lung of the world” thanks to its absorption of vast quantities of carbon dioxide, is without question a key factor in combating global warming. However, its destruction is accelerating as a result of fires intentionally set to clear land for cattle farms and soya bean plantations. The poisoning of streams and rivers by free-lance gold prospectors and the relentless invasion of virginforest by loggers illegally extracting valuable hardwood are aggravating this ecological and human tragedy, making it ever more di!cult to protect the Indigenous peoples living in this vast territory.

This tropical rainforest accounts for one-tenth of our planet’s species of flora and faunaand represents the largest natural laboratory on earth. Inhabiting this world are some 310,000Indigenous people comprising 169 di"erent ethnic groups and speaking no fewer than 130 languages.

More than 100 other communities have yet to make contact with outsiders. Today, this ancestral world is also in danger of disappearance.

It was this calamitous horizon that gave birth to this ambitious and urgent photographic project. Our aim is not to denounce the horror of devastation but rather to show the incomparable beauty of this region and to underline the importance of preserving both the forest and its inhabitants. This exhibition is the fruit of seven years of human experience and photographic expeditions– overland, by water and in the air – of an Amazônia still largely unknown and endlessly astonishing.

Through the power of images, we aspire to highlight the majesty of nature and the noble simplicity of the life-style of the Indigenous population. We also sincerely hope toraise awareness of this crisis among public and governments alike so that a new consciousness and commitment to decisive actions will emerge to better protect this invaluable global legacy. We believe that humanity as a whole has a responsibility to care for its common heritage, among which is the miracle of Amazônia.
-Léila Wanick Salgado and Sebastião Salgado

Thank you! Your submission has been received!
Oops! Something went wrong while submitting the form.
Robert Klein Gallery
Boston
US
May 27, 2022
|
August 28, 2022
Website
Back to Events