Stephan Erfurt: On the Road 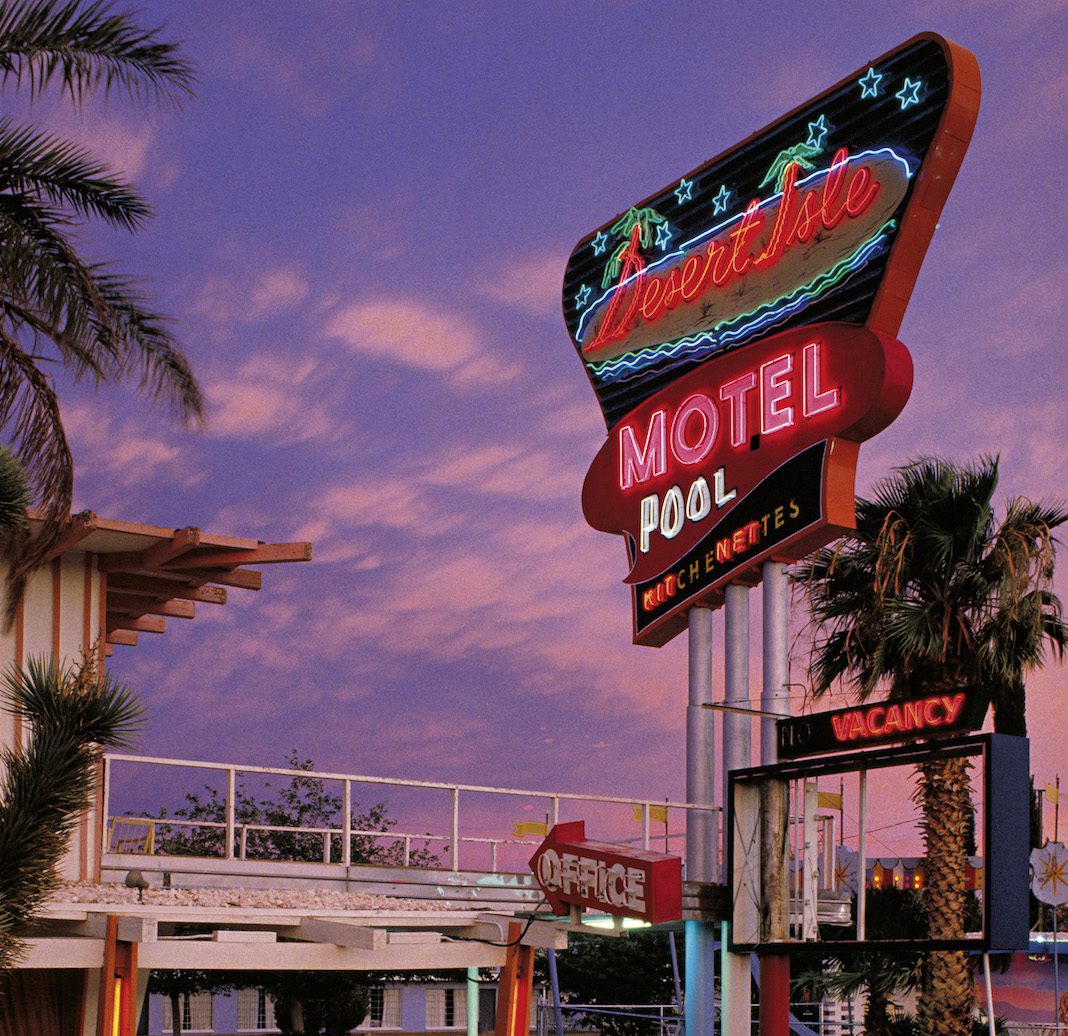 Parallel to the special exhibition "America 1970s/80s" – featuring works by Evelyn Hofer, Sheila Metzner, Joel Meyerowitz, and Helmut Newton – the Helmut Newton Foundation is showing over 50 photographs by Stephan Erfurt, taken in the 1980s between New York and the Californian Pacific coast. Stephan Erfurt. On the Road ties in closely with the main exhibition on the first upper floor of the museum: Erfurt worked as an assistant for Evelyn Hofer, and he later sought advice from Joel Meyerowitz for a photo series that is central to his oeuvre.
‍

‍
Erfurt’s first significant photographs were taken in Vienna in 1980, when he observed dancers at the Opera Ball, as well as somewhat later in Paris, where he shot musicians in the branching corridors of the Metro at night with his medium-format camera. He was so fascinated with the medium of photography that he decided to focus on it during his studies of Communication Design at the Gesamthochschule Essen. Paris, a place of longing for so many artists, was just the beginning. In 1984 Erfurt relocated to New York City, where he lived with a friend and colleague in a tiny loft in the East Village. America remained the center of life for the young photographer for five years, until the fall of the Berlin Wall.

During this time, the magazine of the Frankfurter Allgemeine Zeitung (FAZ) became Erfurt’s client, buying his photographs and photo essays documenting the streets and restaurants of the legendary cultural melting pot and his travels across the vast country. Whether in New York, Miami, Las Vegas, or Los Angeles, he produced well researched, nuanced reportages for the FAZ magazine, often accompanied by texts by Jordan Mejias.

The Wall Street series from 1985, for example, thrives on its sharply drawn contrasts of light and dark. The black-and-white images were taken with Polaroid slide film on a Sunday morning; the otherwise bustling metropolis seems completely deserted. Structures and traces in the asphalt, wandering points of light reflected by the surrounding skyscrapers, and cars parked at the side of the road populate the deserted, almost dystopian situation. Intensive discussions with photographer Evelyn Hofer at the time inspired Erfurt to explore this topic in his work. In his series New York Restaurants, created around the same time, we encounter a few people, but mostly they disappear into a timeless, atmospheric blur. Everything becomes a stage in Erfurt’s early black-and-white photographs, almost as if Samuel Beckett himself had played a role in directing them.

But a year later, the photographer was bathing everything in color, inspired by fellow photographer Joel Meyerowitz. This new direction can be seen in a second New York restaurant series – Erfurt’s first job for FAZ magazine – and also in a series taken shortly thereafter in Miami, imbued with the city’s characteristic pastel Art Deco color scheme. In a series he shot in Las Vegas, also in 1986, the colors become clearer, less fragmented. In those photographs, the light of the sky is as brilliant as the colorful neon signs of the city’s motels and casinos. Erfurt was among the first photographers to equally combine these two elements – natural and artificial light – within the same image, and to fully exploit the creative possibilities of color slide film. This aspect, too, links him to Joel Meyerowitz – whose photographs of Provincetown from the 1970s and ‘80s, with their intense local colors, are being shown publicly for the first time on the first floor of the museum. Erfurt’s twilight shots, in which he was able to demonstrate his masterful handling of a broad spectrum of lighting situations, became his specialty.

Stephan Erfurt told his authentic stories from and about America preferably in small poetic sequences. Some of these images were so iconic that they were picked up by Suhrkamp Verlag to adorn the cover of several books by Max Frisch and Harry Matthews. In 1988, Erfurt took a road trip an old VW camper van along the legendary Highway No. 1 from Los Angeles to San Francisco. His orange van with its white roof – a throwback to the hippie era and road movies – stars in nearly every photograph as a unifying motif, and ultimately made it onto the cover of FAZ magazine. Erfurt also submitted this photo series as his final project at the art academy in Essen.

Erfurt’s special talent for communication – an incomparable blend of curiosity and empathy – enabled him to perfectly adapt to the various situations he encountered, capturing decisive moments to fulfil his given assignment. In addition to commissions he also worked on his own projects, which he offered to the FAZ magazine. Some were accepted while others remained unpublished, such as the series of color photographs of what he called the "urban jungle" that marked the end of his New York period in 1989.

Erfurt worked with a variety of film speeds for his black-and-white and color images, also switching between medium format, 35mm, and Polaroid cameras. At first glance this yields a very heterogeneous body of work – which can now be seen in this exhibition in the ground-floor project space of the Helmut Newton Foundation. At the same time, Erfurt succeeded in translating the specific mood of a place into fascinating photographic images.

After the FAZ magazine was unexpectedly discontinued in 1999, marking an end to Stephan Erfurt’s main client as well as an end to his rather itinerant lifestyle. A short time later, now settled in Berlin and documenting the reconstruction of the historic Reichstag building (the lower house of Germany’s national legislature), he and two like-minded people developed the concept for a new and unique exhibition space for photography: C/O Berlin.

Following stations at the former Postfuhramt and in Linienstrasse, this internationally active institution has resided for the last several years in the former Amerika Haus, located in the Charlottenburg district of Berlin – just a stone’s throw away from the Helmut Newton Foundation at the Museum of Photography. This has created a photo cluster that is singular in Germany.

Thank you! Your submission has been received!
Oops! Something went wrong while submitting the form.
Helmut Newton Foundation
Berlin
Germany
August 13, 2021
|
October 10, 2021
Website
Back to Events