The Cindy Sherman Effect Identity and transformation in contemporary art

Bank Austria Kunstforum
By clicking “Accept All Cookies”, you agree to the storing of cookies on your device to enhance site navigation, analyze site usage, and assist in our marketing efforts. View our Privacy Policy for more information.
PreferencesDenyAccept 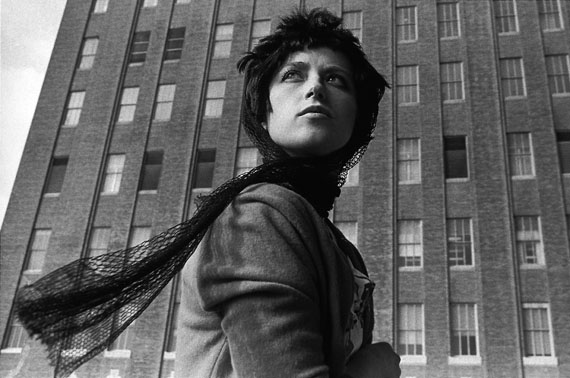 The exhibition deals with the subjects of identity, whose constructions and forms of transformation are central questions of contemporary art and society. New technologies, such as the Internet, gene manipulation or cloning, are additional cause to rethink the term identity in terms of subject generation and definition.

Based on Cindy Sherman's work, which is characterised by a consistent and critical to provocative questioning of the construction of identities, and whose visual worlds are fed by the overwhelming flood of images from television, films, magazines, the World Wide Web and art history, subjects like deconstruction of the portrait and cultural, gender-specific and sexual stereotypes, as well as the construction and fiction of identity, are examined in the form of comparisons of works by Cindy Sherman and contemporary artists.

Sherman's characters reflect our contemporary culture with its self-made celebrities, reality shows and social media narcissism. With her wide spectrum of scenarios, the artist demonstrates that the artificialities of such identities, which are often only created by representation – for example, in film and photography – result in identity being more easily selected and (self-) constructed than ever and shaped according to requirements, but nonetheless still determined by social standards. At the same time, the new possibilities for current individuality to recreate itself are critically questioned by subtle means.

The exploration of identity, self-image, role-playing and sexuality found its way into art primarily through women artists as part of the women's movement in the 1960s and 70s. Both in society as well as in art, a fundamental upheaval of social norms and cultural certainties took place in the late 1960s. The dissolution of previous standards and categories that emerged in the course of these events – whether female, male or queer identities – created free spaces for establishing new models beyond the previously valid standards.

This process, which was and is decisively followed at the media level, permitted numerous artists to create new models of identity, explore the transformation of genders and react to social and political challenges. The preferred modes of expression were the comparatively young media of photography, film and video art.

Cindy Sherman, an icon of art history since the 1980s, first demonstrated the fracture between authentic self representation and staging with her first important series "Untitled Film Stills" (1977-1980) by confronting viewers with the paradox of a refusal strategy. Consequently, Sherman inspired succeeding generations to explore the subjects of identity and transformation in various media without, however, herself changing the artistic processes developed.

The exhibition primarily addresses perspectives that Cindy Sherman opened up for subsequent generations by her demasking strategies, which she achieved by creating free spaces through playing with the representation of social images and clichés. Subsequent positions exploited this to expedite the questioning of identity in artistic, social and political terms. "The Cindy Sherman Effect. Identity and transformation" in contemporary artpresents around 80 works by 21 artists with several multi-part works.

A catalogue is published: "The Cindy Sherman Effect. Identity and Transformation in Contemporary Art", edited by Ingried Brugger and Bettina M Busse with, articles by Ingried Brugger, Bettina M Busse, Paul Clinton and a discussion between Bettina M Busse and Maren Lübbke-Tidow, Schirmer/Mosel, Munich, German/English, 172 pages, ISBN 978-3-8296-0890-9. Available for 32 euros at the shop in Bank Austria Kunstforum Wien and in well-stocked bookshops.

Thank you! Your submission has been received!
Oops! Something went wrong while submitting the form.
Bank Austria Kunstforum
Wien
Austria
January 29, 2020
|
June 21, 2020
Website
Back to Events