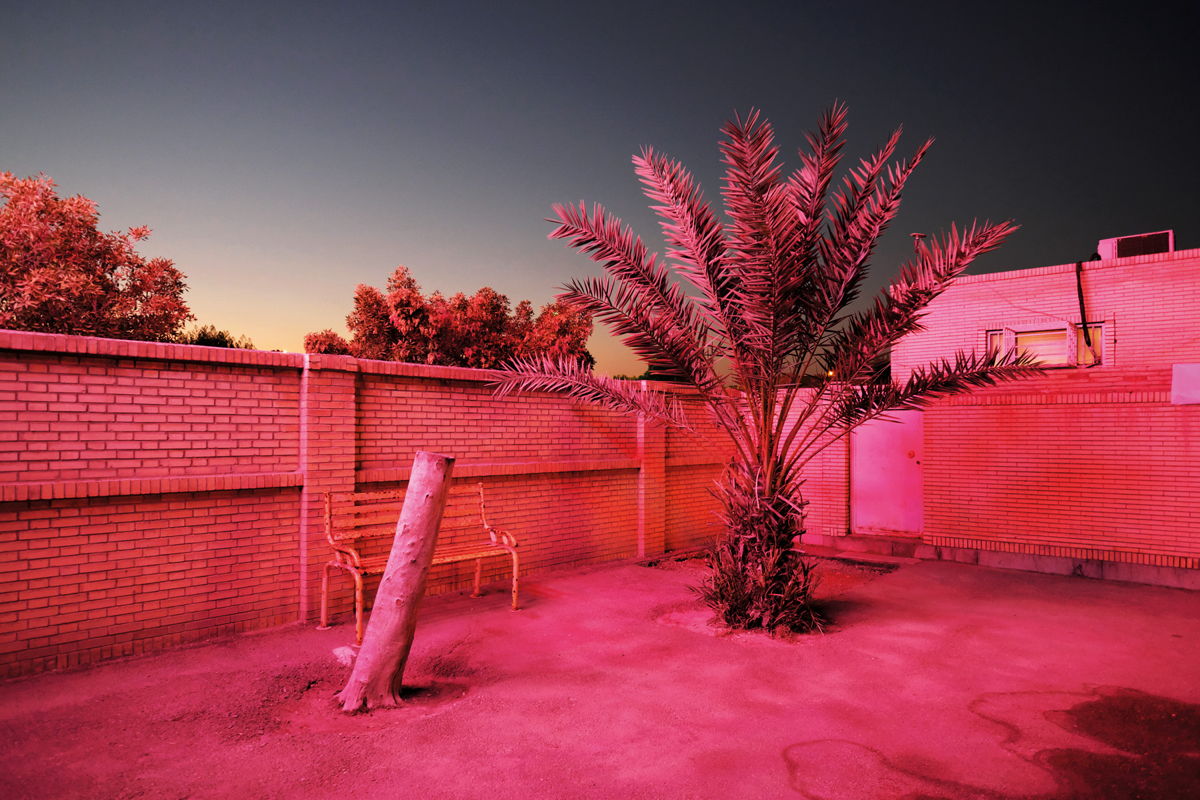 Every year FOMU selects ten promising photographers, all living or working in Belgium. In addition to a variety of networking opportunities, FOMU will accompany them on a development journey to create the portfolio magazine .tiff, culminating in a group exhibition.

Like ‘Belgian photography’, .tiff has many angles. It gives a flavour of the diversity and energy in Belgium’s photography landscape. Using .tiff, FOMU offers emerging talent a platform to reach a wider audience and network.

'With a raw imagery, a bit of leg hair and a strong taste for the strange and disturbing, Aurélie Bayad (FR, °1994) models and shapes bodies in front of the camera. Hers, or those of other people. With her, everything is a pretext for a new shoot: a song, the discovery of an incongruous place, or even a new accessory. She just manages to catch the attention of the viewer in a round-trip between voyeurism, exhibitionism and intimacy in the age of the internet.' - Céline Mathieu voor Vice magazine

With In Paradise City,  Sebastien Cuvelier (BE, °1975) turns our attention to modern Iran. We are guided by a travel log, written by his uncle, who travelled to Persepolis fifty years ago. The word paradise has its roots in the old-Persian Paridaia (walled garden).  Since the revolution in 1979, the government has ruled with an iron hand.

Cuvelier is moved by the many encounters with young Iranians, and witnesses the weight of their country’s history, but also their sense of romance. He translates these experiences into fleeting, romantic images in which he attempts to capture the search for paradise.

With Reference Guide, Michiel De Cleene (BE, °1988) invites you to find your way in a web of images. The work unfolds as an open system allowing spectators to make their own connections, based on the cross-references provided by De Cleene.

This search can be compared with the way in which you flick through an encyclopaedia, or search the internet using an online search engine. An action that can take you from heart to aorta to surgeon to scalpel to blade to axe to forest management, all the way to silver birch, or – in the event of other choices – to windmill, an oil painting, the moon or a ship’s keel.

The Land of Promises is founded on Youqine Lefèvre’s (CN, °1993) very own adoption story. In 2017, she returns to China for the very first time, to discover the culture and history of her birthplace for herself.

As from 1979, Chinese government policy limited families to a single child, in an effort to prevent overpopulation. This measure led to the mass international adoption of Chinese girls. Since 2015, the Chinese government has raised the restriction to two children per family. Meanwhile, this generation of girls has grown up and is left with unanswered questions. Lefèvre looks beyond her personal family archive and tells her own story in The Land of Promises.

Lucas Leffler (BE, °1993) starts his research in the archives of Agfa–Gevaert. This factory, located in Mortsel in the district of Antwerp, was a famous producer of photographic rolls and other material for amateur and professional photographers. During his search in the company’s archives, Leffler stumbles upon the tale of the ‘Silver stream’. One of the employees was said to have earned a fortune by mining silver from the nearby stream. This silver, a material used in various photographic procedures, was dumped in the stream by the factory. Leffler treats oxidised steel plates with light-sensitive emulsion on which the factory site is pictured. In addition, Leffler photographs the Silver stream and prints them off using mud from the stream.

In Graveyard for the anonymous, Kamel Moussa (TN, °1981) observes the Tunisian fisherman Chemseddine Marzoug. People die on a daily basis as they attempt to cross the Mediterranean, in their search for a better life in Europe. Touched by this tragedy, Marzoug decides to honour the lifeless bodies washed up on the beach by giving them a proper grave. In doing so, he gives those left behind a place to grieve. He also supports survivors in rebuilding their lives and gaining a future with dignity. Along the way, Moussa takes portraits of the people stranded in this purgatory.

Joud Toamah (SY, °1992) finds inspiration for this work in the photo albums of friends and family from Syria and the diaspora. We increasingly capture precious family moments with our smartphones, causing traditional albums to go digital. With her video work, Toamah makes layered compositions by lining up the various phases in digitisation and sharing. In doing so, she uses visual poetry to clearly narrate the importance of physical and digital encounters.

The lost paracosmist is an animated film by Josephina van de Water (NL, °1985). She transports us to her imaginary island Paperland. Its inhabitants are a group of colourful animals, made out of cardboard by van de Water. She photographs the animals in a decor and scans in her images. Each frame is then carefully coloured by hand. Having completed this painstaking process, she lines the images back-to-back in a video montage.

Van de Waters’ characters give a childish impression, but nothing could be further from the truth. The island’s inhabitants are confronted with the major issues facing every society, such as religion, territorial disputes, exclusion and inequality. A naive world at first sight, yet actually very close to our own reality.

Folklore and underexposed female figures provide inspiration for the work by Erien Withouck (BE, 1994). During a journey to the Shetland Isles, local inhabitants share their stories of the Selkie, a mythical figure with the skin of a seal concealing a human form.

For On wind knots, Withouck listens to tales on the North Sea ferry. In one narrative she discovers the mythical meaning of knots and how they can affect the weather at sea. Legend has it that women, or witches, sold ropes with three knots to fisherman, which would cause the wind to stir. For Withouck, this story forms the foundation of a stream of associations.

One of the most unique characteristics of a chameleon is its ability to change colour and adapt to its environment. For Ugo Woatzi (FR, °1991), Chameleon is a metaphor for concealing your own identity. In a heteronormative society, many people adapt to their environment. Using various accessories, Woatzi creates scenes which celebrate masculinity in all its forms. With his work, he wishes to encourage the queer community to show themselves and be proud of who they are.

Together with Kunstenpunt and Antwerp Photo, supported by Visit Antwerpen, we organize a portfolio viewing for the .tiff photographers by interational photography curators.

Thank you! Your submission has been received!
Oops! Something went wrong while submitting the form.
Fomu
Antwerp
Belgian
June 25, 2021
|
September 12, 2021
Website
Back to Events