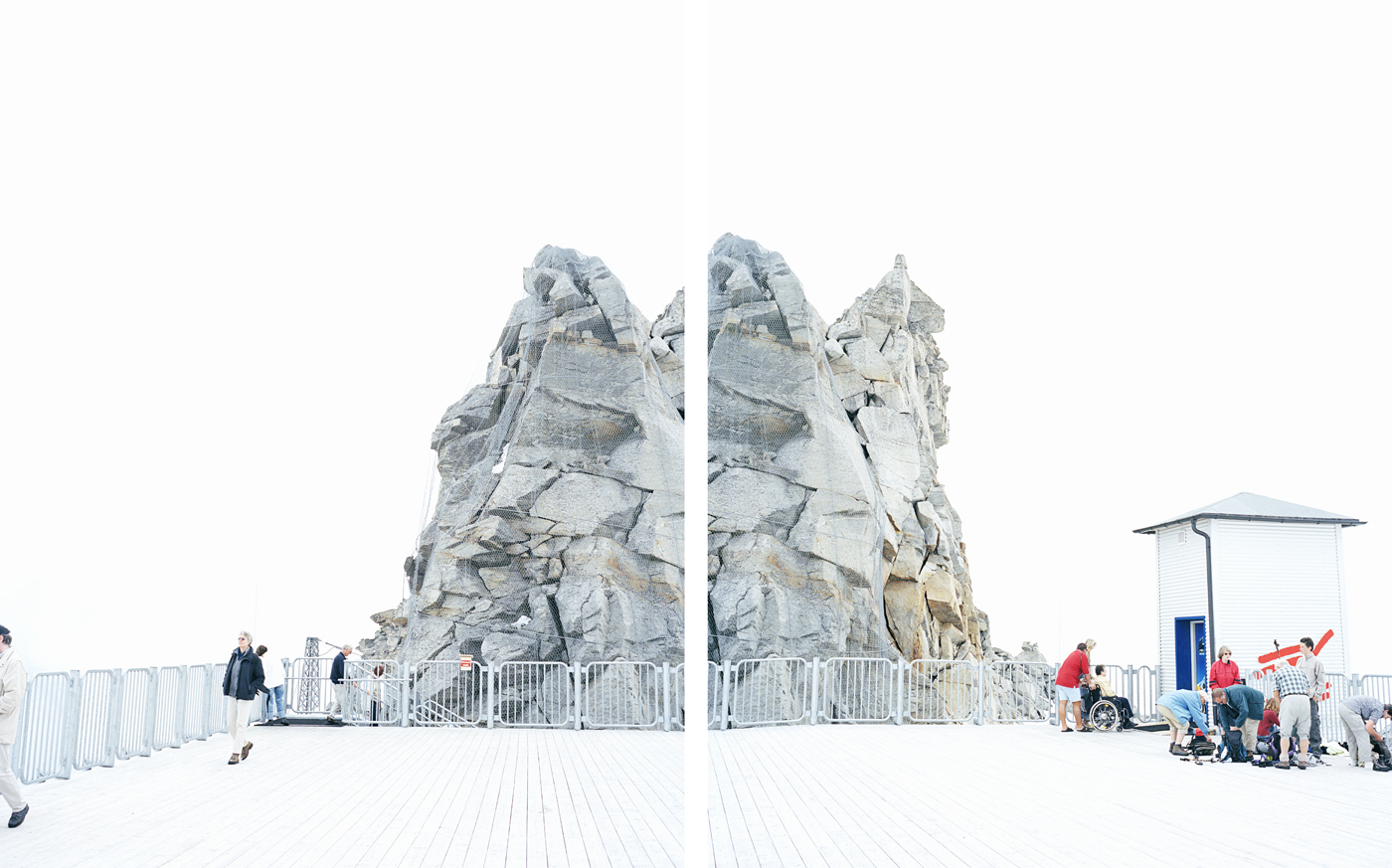 Curated by Walter Guadagnini, with the collaboration of Claudio Composti and Giangavino Pazzola, the exhibition features the last twenty years of artistic research by one of the leading contemporary Italian photographers. Through the recurring themes of his work such as Alpine landscapes, architecture and the relationship between public and private spaces, the artist’s interest in investigating places not only from a geographical but also from a social point of view is highlighted. Although in continuity with the legacy of the Italian photographic tradition, which views the landscape as the key to interpreting society, Niedermayr’s visual research is significant in terms of its ability to reinterpret this subject and renew it from both a conceptual and a formal point of view. For the South Tyrolean photographer, physical space today cannot be approached with an exclusively documentary intention, but as the pivot of a transformative relationship between ecology, architecture and society. In some of the works in the Alpine Landschaften (Alpine Landscapes) series, for example, the presence of man in the depiction of the landscape is interpreted as a parameter for measuring the proportions of Alpine panoramas, and at the same time as a political yardstick for his intervention in the metamorphosis of the natural equilibrium. This topic is also underlined in works such as Portraits, where the snow cannons filmed during the summer season – and thus inactive – become ambiguous presences residing in the landscape.

With around fifty large-format works, often presented in the form of diptychs and triptychs and characterised by low-contrast and neutral tones, the exhibition tells us about the simultaneity of human and non-human activities that coexist and come to an uneasy balance, one in constant change, as the series Raumfolgen (Spazi Con/Sequenze) shows.

The exhibition also includes two previously unpublished diptychs created following a commission at the beginning of the year that allowed Niedermayr to take shots on the building site of Palazzo Turinetti in Turin, which will become the fourth venue of Intesa Sanpaolo’s Gallerie d’Italia. Due to open in early 2022, the museum will be dedicated mainly to photography and video art. The presence of these images once again reflects the collaboration between CAMERA and Intesa Sanpaolo – a Founding Member and Institutional Partner of CAMERA – through which the exhibition Nel mirino. L’Italia e il mondo nell’Archivio Publifoto Intesa Sanpaolo 1939–1981 was held.

A catalogue published by Silvana Editoriale accompanies the exhibition.

The exhibition is organised in collaboration with the Ncontemporary gallery in Milan and with the support of Ediltecno Restauri, Building S.p.a., Sipal S.p.a, Pro-Tec Milano, GAe Engineering and BMS Progetti.

Thank you! Your submission has been received!
Oops! Something went wrong while submitting the form.
CAMERA – Centro Italiano per la Fotografia
Turin
Italy
July 29, 2021
|
October 17, 2021
Website
Back to Events