Postcards of the British Empire 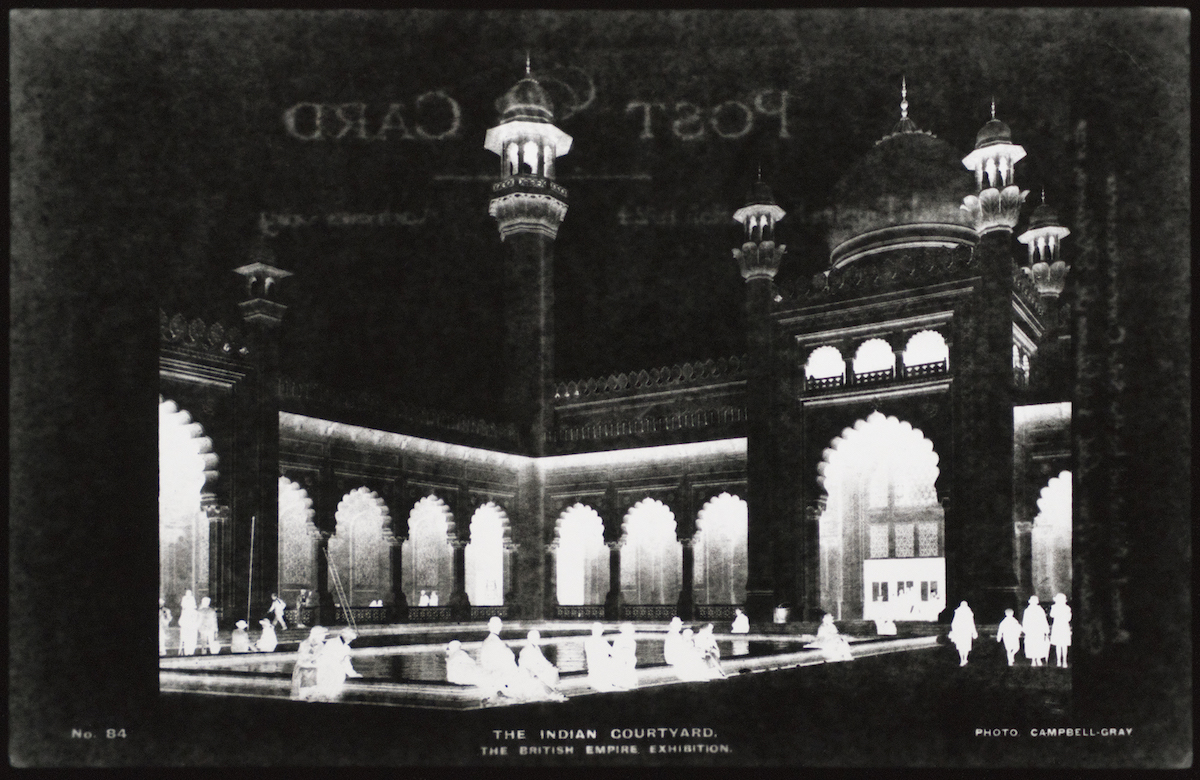 This is a series of photograms of postcards from 1924 depicting the pavilions at the British Empire Exhibition held at Wembley Park. The exhibition was an opportunity for visitors to learn about the colonies and to ‘enable all who owe allegiance to the British flag to meet on common ground.’ The pavilions were styled to reflect the traditional architecture of each region.

The economic anthropologist Jason Hickel pointed out that colonial history isn’t formally taught, which has consequences. Instead of schools teaching about the nature of colonialism of the British empire, there has been a process of cultural absorption, where ideas about the kingdom are taught. So, a largely positive picture emerges. Britain comes to be seen as a country that combined its plucky zeal for trade and conquest with its dutiful role as a civilising influence. Yet, for those who were on the receiving end, the picture must, at best, be somewhat more equivocal.

Any positives are overshadowed by a rule of harsh division and ruthless self-interest. Making photograms of postcards connected with the empire achieves a simple reversal. Positive becomes negative; white becomes black. Any patina of nostalgia is swept away, and the pictured event is seen anew. The image becomes alien and difficult to read. The grainy, indexical trace of what was captured is still present and at times combines with elements on the reverse side. Still, we’re forced to mentally disentangle what we see, reversing the shadows and highlights and engaging with the postcard artefact beyond its surface appeal.

Roger Hopgood is a British artist/photographer whose work often centres on landscape and its cultural meaning. As a mixed heritage artist, the work usually involves an askance and interrogative view of connections between landscape and national identity. Projects such as And Then There Were None bring together familiar tropes of Englishness with a gentle subversion of their recognised meaning. He completed an MA at the Slade School of Art and a PhD at Goldsmiths College, where he researched the relationship between Photography and the Picturesque. His work has been widely exhibited, and alongside this, he lectures in photography. He is currently Programme Leader of the BA(Hons) Photography course at the University of Kent.