CLERVAUX - CITÉ DE L'IMAGE
By clicking “Accept All Cookies”, you agree to the storing of cookies on your device to enhance site navigation, analyze site usage, and assist in our marketing efforts. View our Privacy Policy for more information.
PreferencesDenyAccept 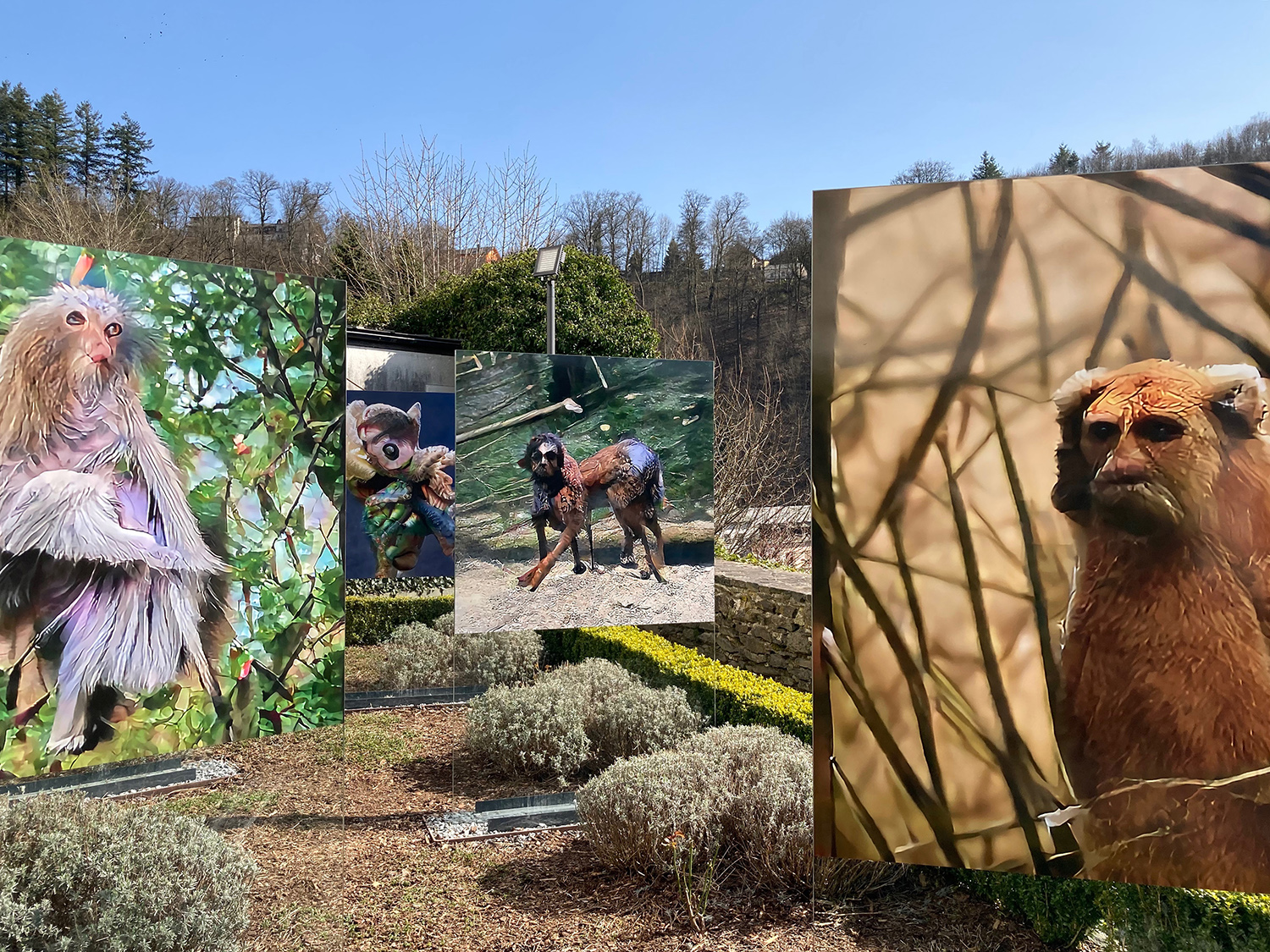 During an "Ayahuasca ceremony" a few years ago, I found myself facing an entity whose appearance was completely unstable; it constantly changed shape, texture, color, from animal, to human, to flora, to abstract with graceful and dizzying fluidity.

What was my surprise when I discovered that artificial intelligence could produce images - interpretive composites generated by algorithms available on the internet - which "resembled" this entity that I had named Imanaho and with whom I had kept a certain bond of familiarity.

What is the link between visions of ancestral shamanic ceremonies in the depth of distant jungles and extrapolations generated by high-performancing machines? The images from cybernetic fusion evoke a delusional world like the natural world of which they seem to be the extension; a heterogeneous, indefinite, fantastic visual jungle as an antidote to any tendency towards normalization, control and regimes of domination.

Jean-Christian Bourcart (born 1960) is a French artistic photographer, video and film maker. His work has been shown worldwide and is included in the collection of such prominent institutions as the Museum of Modern Art, New York, the Musée d'Art Moderne et Contemporain in Genève or the Chrysler Museum of Art in Norfolk, Virginia. Nine books about his work have been published. He has been teaching and conducting workshops and masterclasses all along his career. In 2021, all his archives were deposited at the musée Nicephore Niepce in Chalon-sur-Saône in France.

Thank you! Your submission has been received!
Oops! Something went wrong while submitting the form.
CLERVAUX - CITÉ DE L'IMAGE
Clervaux
Luxembourg
March 25, 2022
|
March 24, 2023
Website
Back to Events