Matthew Pillsbury: Then and Now

Edwynn Houk Gallery
By clicking “Accept All Cookies”, you agree to the storing of cookies on your device to enhance site navigation, analyze site usage, and assist in our marketing efforts. View our Privacy Policy for more information.
PreferencesDenyAccept 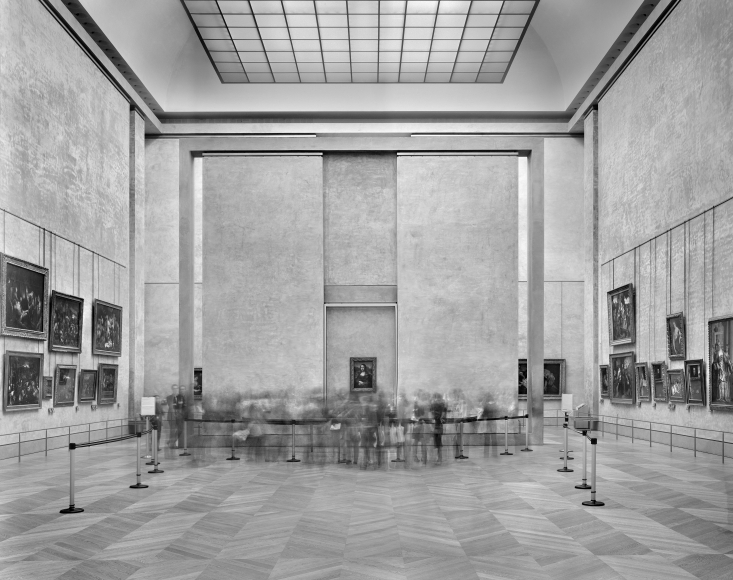 Edwynn Houk Gallery is pleased to announce a solo exhibition of works by Matthew Pillsbury (American, b. 1973). On view from Thursday, November 14th through Saturday, December 21st, Then and Now will be the artist’s inaugural show with the gallery. Featuring fifteen images encompassing both his black and white and color work, the exhibition marks the debut of Pillsbury’s latest photographs taken in 2019, which will be displayed alongside a selection of important earlier works spanning series such as Screen Lives, Time Frame, and Sanctuary.

Meditating on the themes of space, time and urban existence, Pillsbury’s images challenge conceptions of permanence by using long-exposures to depict the flow of time through the physical spaces we occupy. Often taken using exposures exceeding one hour, the sharp, clear photographs capture a striking contrast between buildings and other stationary objects that appear as solid, enduring entities, and the throngs of people in perpetual motion who pass through the frame as transparent incorporeal apparitions, in flux and impermanent. There is a haunting quality to the images; set in recognizable places, our sense of familiarity is destabilized by the apparent paradox of experiencing a continuous stretch of time in a single instant. Spectral trails of museum visitors wash over the stone steps of the Louvre in front of Winged Victory, while a stream of amorphous bodies glides through the water to the edge of the infinity pool at the Marina Bay Sands hotel.

Then and Now transports us through Pillsbury’s oeuvre—from the subtle visual wonder of his early black and white series in which he established this signature technique, to stunning new color images taken during his most recent trip to Singapore—and around the world, embodying his ongoing investigation of the ways in which we fill both space and time. With images from New York, Paris, Tokyo, Vancouver, Hong Kong and Singapore, clusters of people flow through each frame in a photographic representation of the passage of time, and a reminder of the transient, ever changing nature of our presence.

Matthew Pillsbury graduated cum laude from Yale University in 1995 and received his MFA from the School of Visual Arts in 2004. In 2007, he was awarded the Prix Fondation HSBC pour la Photographie in France, and is also a recipient of the 2014 John Simon Guggenheim Memorial Foundation fellowship. In 2013, Pillsbury published his monograph City Stages with Aperture. His work is represented in the collections of a range of notable institutions, including the Museum of Modern Art, New York; Guggenheim Museum, New York; Whitney Museum of American Art, New York; Museum of Fine Arts, Boston; High Museum of Art, Atlanta; Los Angeles County Museum of Art, Los Angeles; San Francisco Museum of Modern Art, San Francisco, Tate Modern, London; Victoria & Albert Museum, London; and Musée du Louvre, Paris; among many others.

Thank you! Your submission has been received!
Oops! Something went wrong while submitting the form.
Edwynn Houk Gallery
New York
USA
November 14, 2019
|
December 21, 2019
Website
Back to Events