BBA Gallery
By clicking “Accept All Cookies”, you agree to the storing of cookies on your device to enhance site navigation, analyze site usage, and assist in our marketing efforts. View our Privacy Policy for more information.
PreferencesDenyAccept 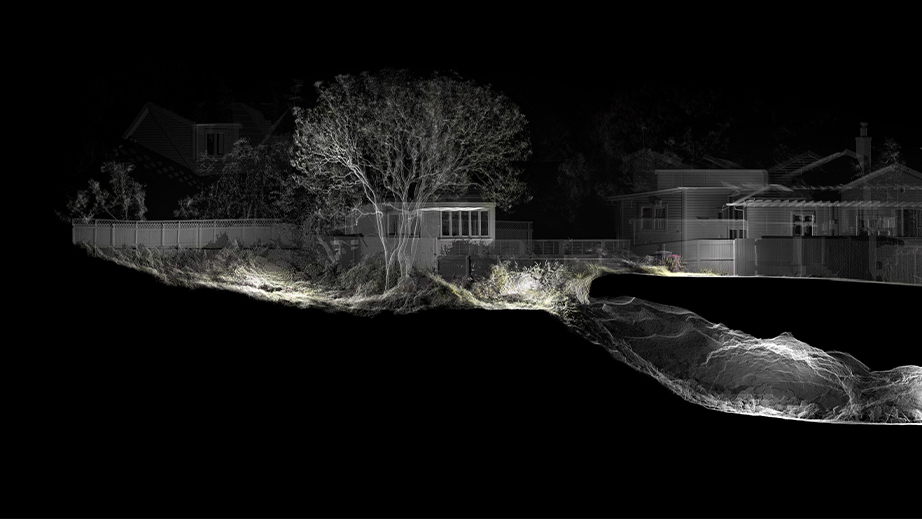 BBA Gallery presents the New Zealand artist Chirag Jindal's first solo exhibition inEurope. Jindal won the BBA Photography Prize in 2019 and has been represented by the gallery ever since.

For Jindal’s on-going series "Ngā Mahi Rarowhenua / Into the Underworld", which is also the title of the exhibition, the artist embarked on a journey of discovery into the New Zealand underworld: Jindal photographs the lava caves of the Mana Whenua (local Māorigroups) of Auckland which have experienced rapid marginalisation and destruction due to a century of overhead urbanisation. These underground caves, of which over 50 have been discovered, are hardly known to today's city dwellers and are in danger of disappearing completely in the near future due to construction work.

Use of the innovative LiDAR technology

Jindal works with the innovative LiDAR technology (light detection and ranging) which is still at an experimental stage within creative photography as it is mainly used in areas such as atmospheric physics, archeology and autonomous driving. By emitting laser beams, the LiDAR technology enables three-dimensional detection of the surrounding environment which is then transformed into a digital image. The centuries-old lava caves, captured with the help of LiDAR, are then combined with photos of the world above.

The prints and light boxes in the exhibition mostly show deserted, shadowy, nocturnal residential areas. Trees, houses, streetlights and parked cars are evidence of our modern civilisation. Hidden shafts and stairs lead into the glowing subterranean cave landscapes that dominate the overall impression of the photographs. A clear contrast between light and dark and the strong illumination of the caves give the works a mysterious, surreal,almost cinematic effect. With great visual accuracy, Jindal unites the underworld and the urban landscape. The meeting of these two worlds invites the viewer to immerse themselves in history through Jindal’s unique visual language.

Past and present meet in Jindal’s "Ngā Mahi Rarowhenua / Into the Underworld". This association is central to the work of the artist and his images which deal with the simultaneous co-existence of the different worlds and their conflictual relationship. The idea of co-existence is also reflected in the bilingual exhibition title.

Documentation should save caves from being forgotten

The series "Ngā Mahi Rarowhenua / Into the Underworld" has both an environmental and a social undertone as the caves are considered sacred (wāhi tapu) by the Mana Whenua whom Jindal works closely with. Hidden and unknown to most of Auckland's residents,there is little awareness of the unique heritage of the volcanic region which for a long time was even regarded as pure myth.

By capturing the lava caves and the landscape above, Jindal declares the cultural sites apart of the present and advocates for their protection. The artist hopes that his documentation of these vanishing sites will contribute to a change in urban politics thatrecognises and seeks to preserve the cultural heritage of the Mana Whenua rather than destroy it.

Thank you! Your submission has been received!
Oops! Something went wrong while submitting the form.
BBA Gallery
Berlin
Germany
|
Website
Back to Events