Perth Centre for Photography
By clicking “Accept All Cookies”, you agree to the storing of cookies on your device to enhance site navigation, analyze site usage, and assist in our marketing efforts. View our Privacy Policy for more information.
PreferencesDenyAccept 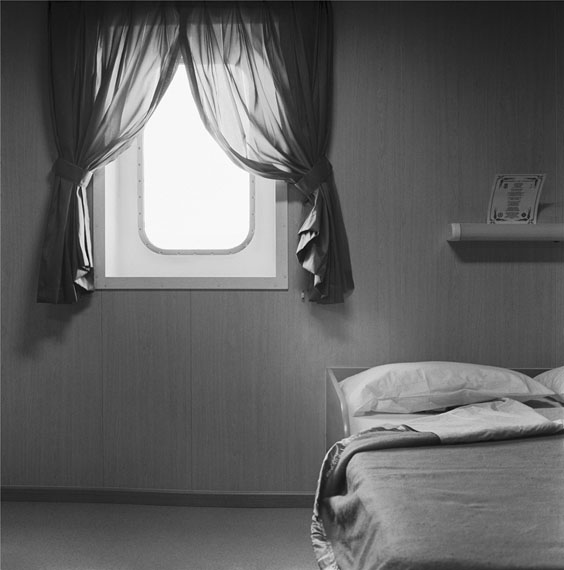 The title of the project derives from the phrase ‘Lòt Bò Dio’, a Kreyòl expression of the Haitian inhabitants, which stands for a promise (of a better future) and peril (of Black Atlantic Ocean), hope and despair, seeing different answers on the other side of the water.

A four-year period spent in the exploration of cargo vessels of different nationalities; Camellini drew inspiration from the novel ‘Novecento’ by Italian writer Alessandro Aricco: the novel tells the story of a sailor who decides that a life entirely spent on board, although far from the earth and from its guarantees, will be the best choice, always and forever…

Massimiliano boards ships that will be at sea for months, he gets into work areas, he looks for the captain’s headquarters, he observes the rest rooms, the places of leisure, the private cains. He exludes the inhaitants from the photographs, we find them out instead through objects, in little totems or amulets which are used to create a connection with dry land. The oxymoron lies in the existence of daily normality made up of small rituals which is in a state of continuous movement.

Thank you! Your submission has been received!
Oops! Something went wrong while submitting the form.
Perth Centre for Photography
Perth
Australia
January 25, 2020
|
February 22, 2020
Website
Back to Events