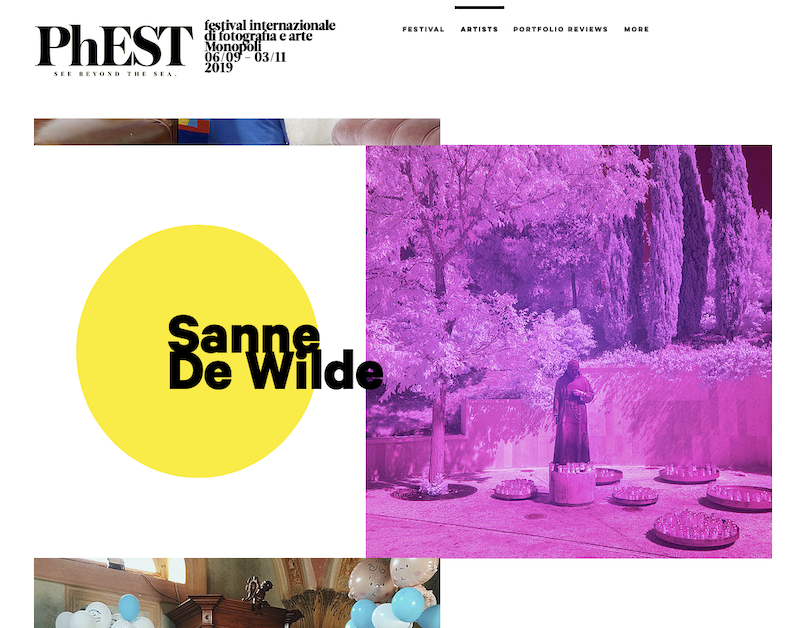 PhEST is born out of the need to give back a voice to the thousand identities that form the “sea within the lands”, the need to redefine a new, original imagery. The necessity is not to erase the distance that the Mediterranean creates among these identities, because this sea, infact, creates them and blends them. The need is rather to stitch back together the divide between reality and its representation, beyond the theater of truth, beyond that stage of the real that the West has often set up. Contemporary photography is the perfect means to trigger this reconstruction for many reasons. For the great fascination it plays on the public and for the unrest in which it lays.While we speak, it has already changed, it continuously changes. And those who redefine it are not the photographers, the academy, the editors. It is rather the market, the technology and the users, the public itself. And thus, while we attempt to contain, preserve, and safeguard photography, its name has changed once again, already. So that those who should actually be the protagonists of this redefinition opt out, self-deceptively believing they are the ones who govern the changes.

Daegu
,
China
Festivals
Next
Back to Resources