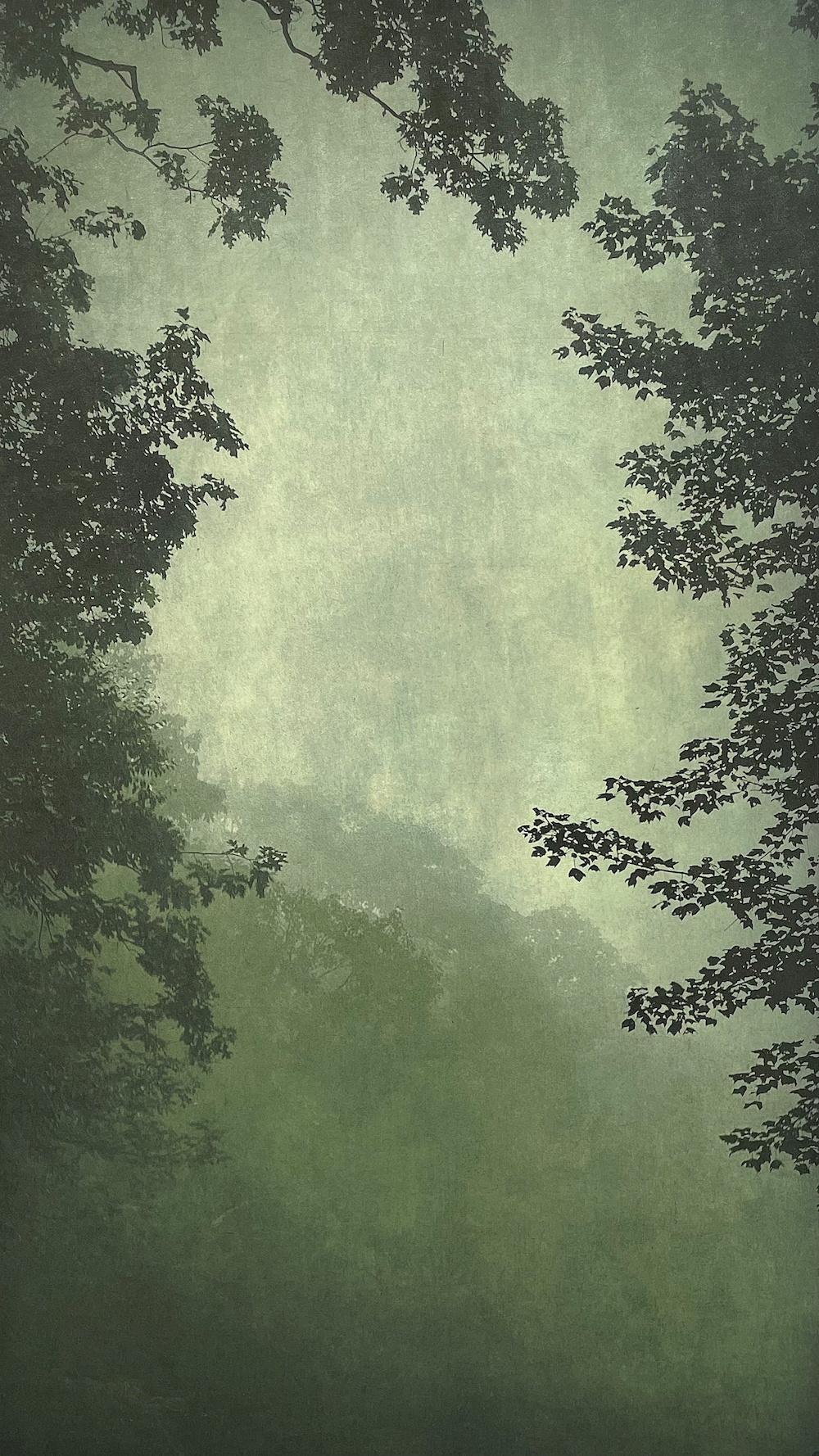 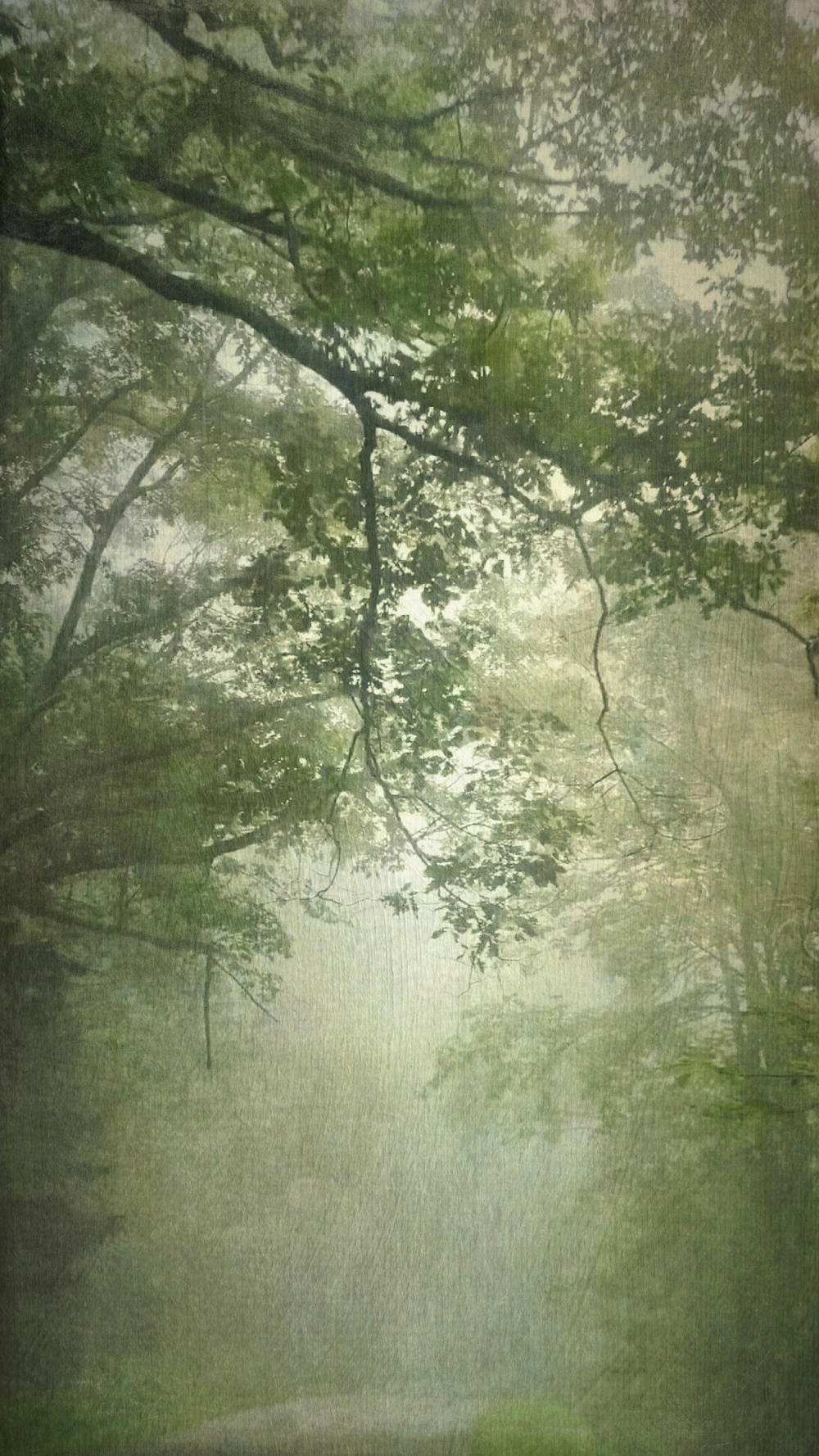 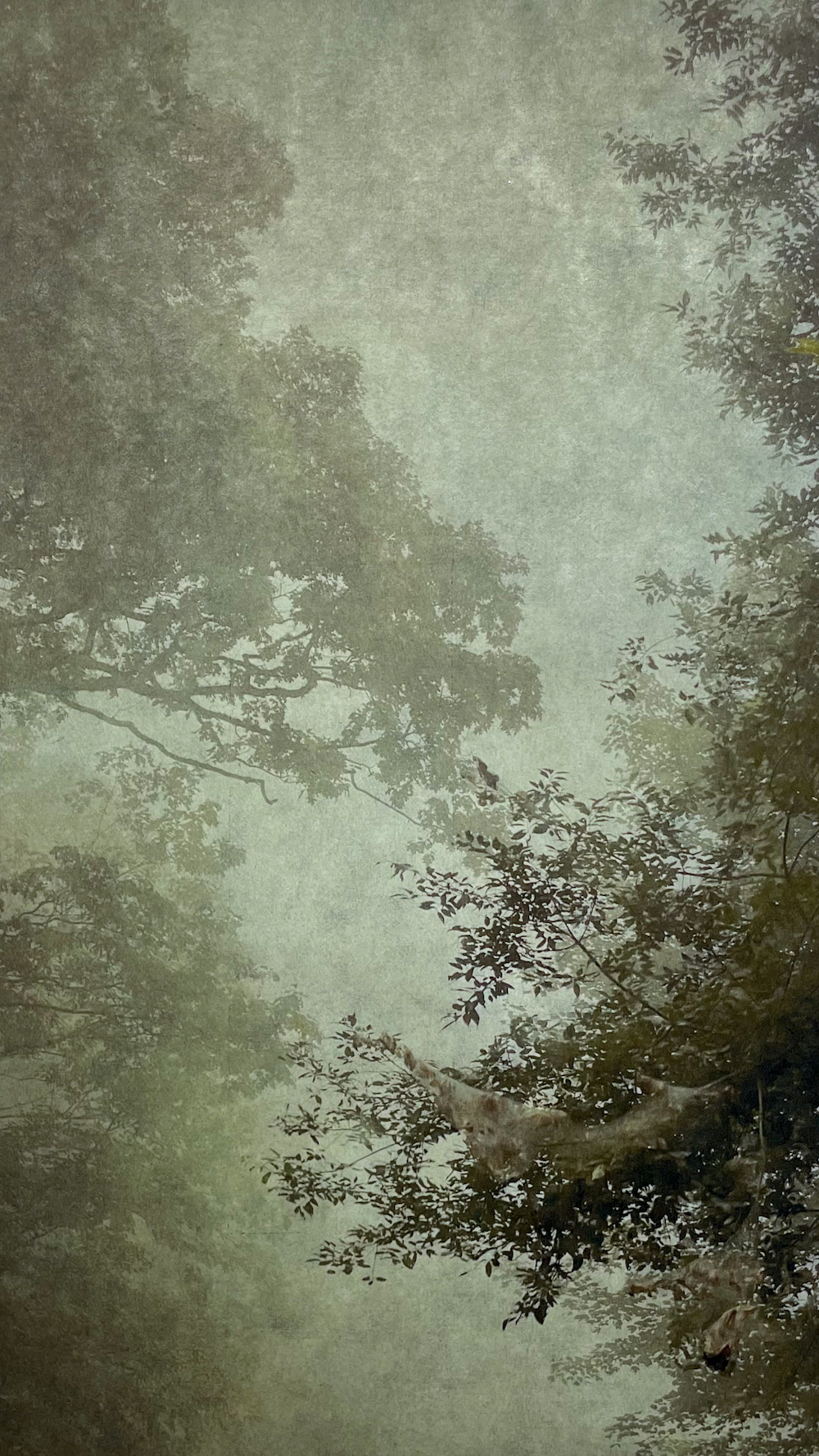 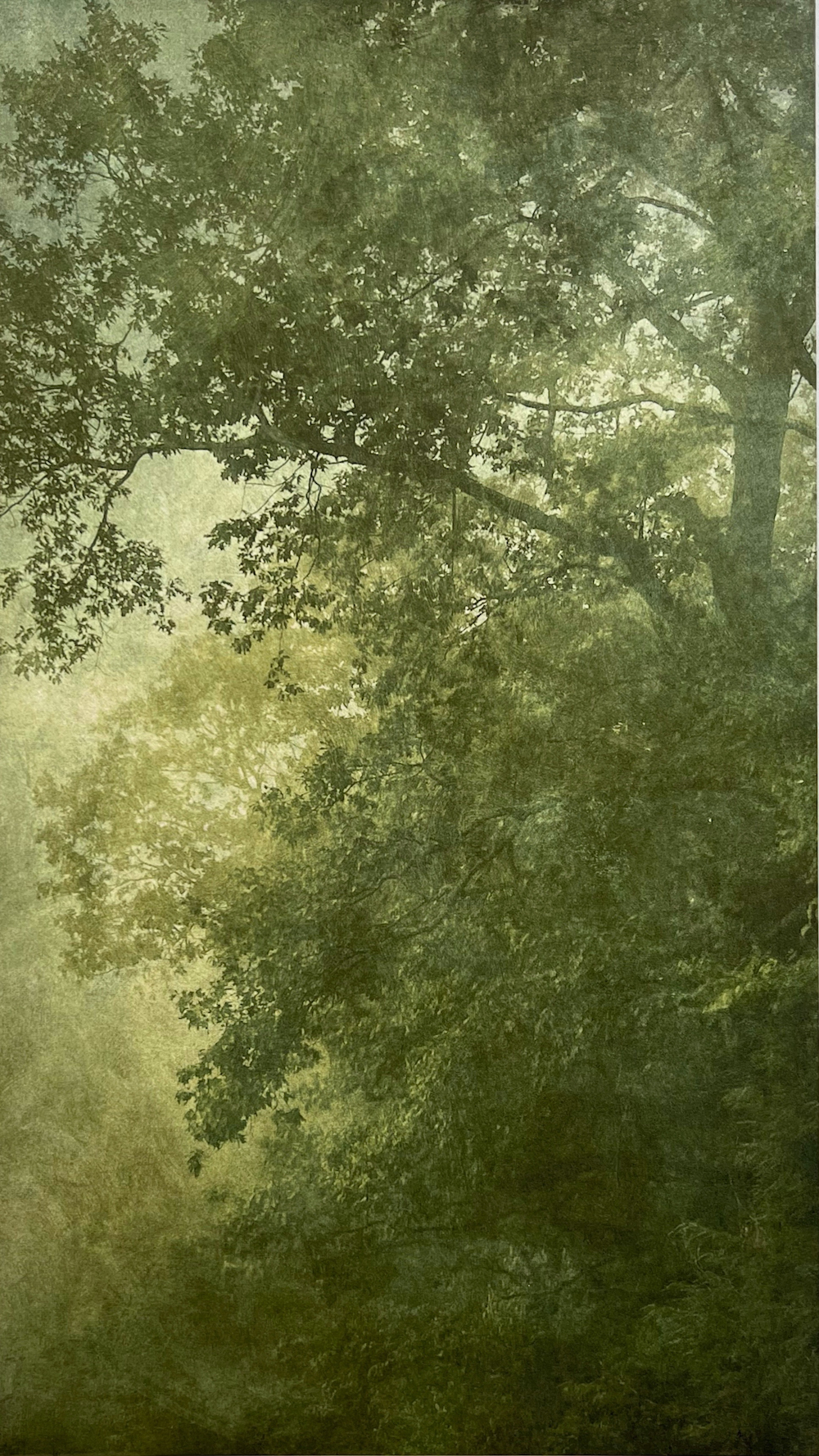 In Into the Mist I offer glimpses of respite amidst the vague unknowing in the time of COVID. I ventured to the mountains of North Carolina as summer ended in 2020 to find a reprieve in shinrin-yoku as the Japanese call forest bathing – seeking serenity and balance as practiced by a multitude of cultures for thousands of years. A quiet pilgrimage among the trees revealed the beloved fog that comforted me as a child growing up in the South. Embraced in a vapor evocative of the melancholy light of dusk, it was as though the clouds sighed an amorphous, dewy veil over the lush woods. I felt outside of time as we drove along the winding road, photographing through the windows and myriad layers of love and loss. Moving and still – it was a blink in the continuum of history, in a period like no other in our lifetime. Cloistered in my studio upon my return to Denver, I was transfixed in transforming these fragments of time. Informed by my background in painting and art history, the images were layered digitally with a limited palette of color and texture, delicately enhancing the muted verdant views to evoke the mystery and wonder that permeated my senses. The images were printed with archival pigment inks on Japanese kozo paper – made from the inner bark of mulberry trees. White gold leaf was then applied on the verso, infusing the artist’s hand and suffusing the images with the implied spirituality of the precious metal. The filtered, dappled light that glimmered through the branches is echoed in the shimmer of the gilded prints. With this meditative process, I explore what I feel as much as see. I follow intuitively where each image takes me, honoring the variations within the edition to elevate the ephemeral. Senses enveloped, I am immersed in a state of grace.

Wendi Schneider is a Denver based visual artist widely known for her ongoing series of hand gilded photographs – States of Grace. Drawn to the serenity she finds in the sinuous elegance of organic forms, she creates illuminated impressions of light on vanishing beauty in the natural world. Layering color, texture, and gold leaf, Schneider’s process creates ephemeral illusions that seemingly dance on the paper’s surface amidst reflections of light on precious metals, creating a synthesis of technique and subject. Born in Memphis, TN in 1955, Schneider grew up in a family of several generations of artists, later earning an AA in Art History from Stephens College and a BA in Painting from Newcomb College at Tulane University. Her interest in photography germinated in the early 1980s when using a camera to reference models for her oil paintings. Mesmerized by the possibilities of the photographic art form and the alchemy of the darkroom, yet missing the sensuousness of oils, Schneider began to layer oils on her photographs to manipulate the boundaries between the real and the imagined. This process laid the groundwork for the unique layering and gilding that later became the foundation of States of Grace. After recreating the 1901 Picayune’s Creole Cook Book for The Times-Picayune newspaper’s sesquicentennial, Schneider moved from New Orleans to New York City in 1988. She then began a diverse and successful career that included fine art commissions, photography for magazines, book covers, and advertising, and later (after a move to Denver in 1994) a return to design and art direction. In 2012, she began producing a collection of photographs featuring flora and fauna – the States of Grace series, which would become her signature body of work. Schneider’s photographs are held in the permanent collections of The New Orleans Museum of Art, The Center for Creative Photography, The Memphis Brooks Museum of Art, The Auburn University Library Special Collections, and The Try-Me Collection, as well as numerous private collections. Her work has been published and exhibited extensively worldwide. Schneider is represented by A Gallery for Fine Photography (New Orleans), Arnika Dawkins Gallery (Atlanta), Catherine Couturier Gallery (Houston), Galeria PhotoGraphic (San Miguel de Allende), Rick Wester Fine Art (New York), and Vision Gallery (Jerusalem). Schneider is a collector of art and objects from the turn of the 20th century – primarily Art Nouveau, Arts & Crafts and photogravures. She has juried multiple exhibitions and sits on the board of the Colorado Photographic Arts Center.

By clicking “Accept All Cookies”, you agree to the storing of cookies on your device to enhance site navigation, analyze site usage, and assist in our marketing efforts. View our Privacy Policy for more information.
PreferencesDenyAccept