Buoys is a series that offers a glimpse into my hometown of Brighton during the lockdown. 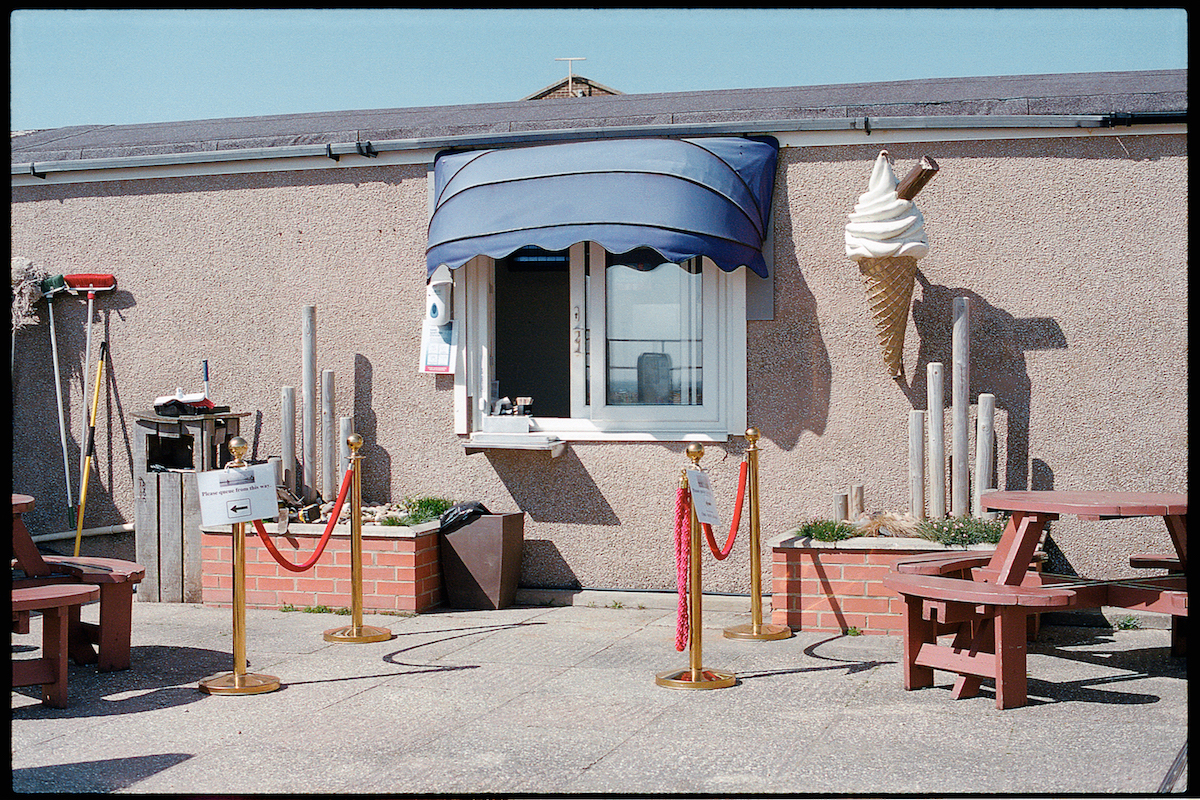 Buoys is a series that offers a glimpse into my hometown of Brighton during the lockdown. As a key worker, I was committed to the previously mundane - now strange, work commutes. As I adjusted to the empty streets, I began to notice small pockets of life and vibrancy pop against the stillness. I decided to capture these fleeting moments, an attempt to encapsulate the spirit of the city during a time of profound uncertainty.

Buoys is an ode to all those keeping afloat and a nod to the people who were kind enough to take part in the project. All of these photos were taken respecting social distancing guidelines. My work, at best, aims to capture scenes and characters which would otherwise pass by unnoticed.

I work using analogue film, using 35mm and medium formats in combination with mostly naturally lit subjects. The desire for my initial composition to match the imagined outcome will be an ongoing part of my creative process. Whilst scanning my negatives does play an essential role in my work, I aim to leave post-production amendments to a minimal.

Born 1994, I’m a largely self-taught photographer based in Brighton, England. A film studies graduate from the University of East Anglia, I studied the connection between film and photography, analysing the simultaneous limitations and possibilities present in both mediums. Specifically, I studied how both still and moving image interact with the narrative.