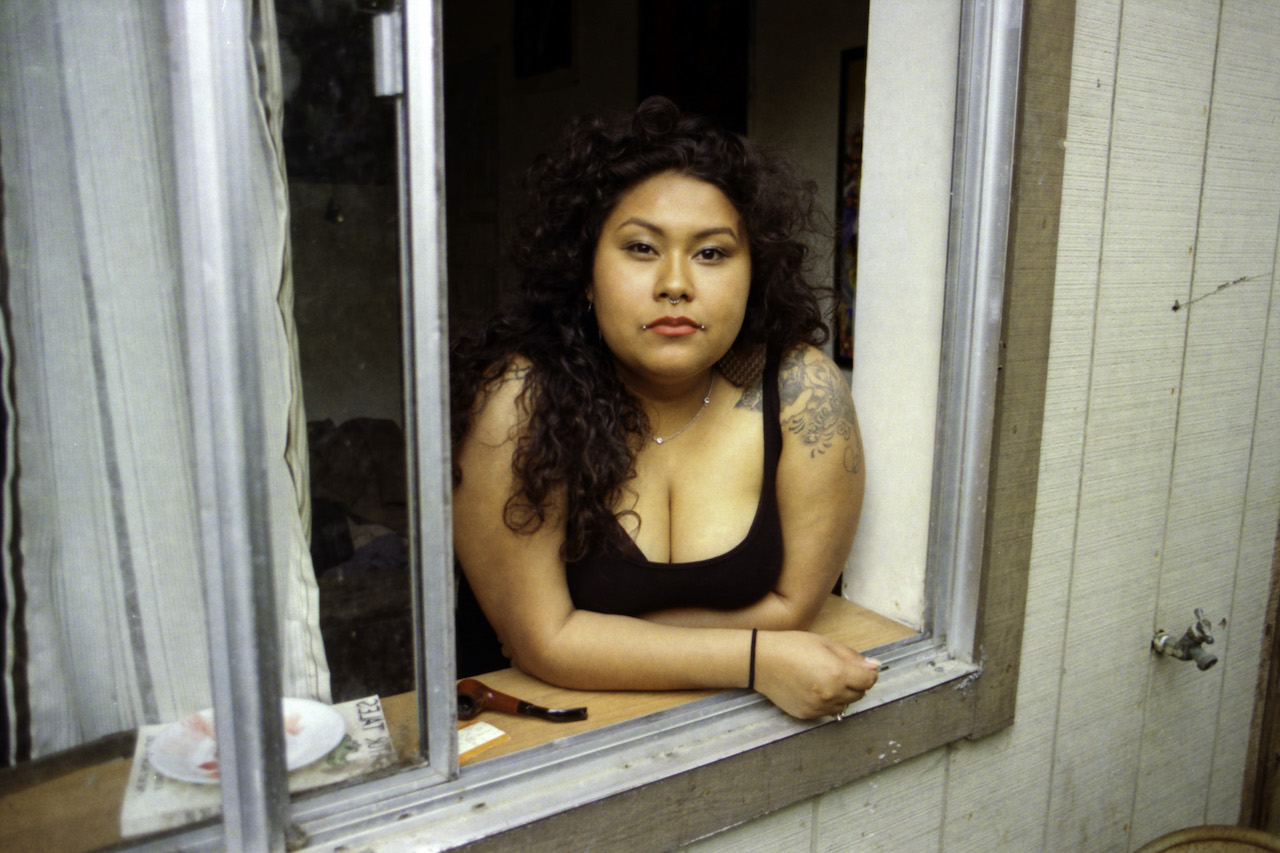 “There is no single America. It’s a country of contradictions, a country of multitudes. Hanna’s book beautifully showcases the wonder, the strangeness, the terror, the joy, the pain, the heartbreak, and the triumph of this confusing place. Her photos tell stories of people trying to find their place and make sense of a country that has forever been undefinable. It’s a glorious collection of work.”

-Chris Hrasky of Explosions In The Sky.

Hanna Quevedo is a contemporary portrait and documentary photographer based in Mexico City. Quevedo is known for her candid and intensely saturated analog images. Born in Spain, she studied photography at the San Telmo School of Arts. She received her degree in Communication Sciences from the University of Malaga. In 2006, upon receiving the Ibero-American Scholarship, Hanna moved to Mexico. After living in Guadalajara for a year, Quevedo traveled to the United States to work as a photojournalist; from there, she began what would become a decade-long adventure, crisscrossing the United States with a camera strapped around her neck.

Published by Burn Barrel Press and Hydra/Inframundo, Dessert First! is an art book of Hanna Quevedo’s personal photography from her time spent in the US, arriving in a uniquely tactile experience. Quevedo designed the book through the Incubadora Fotolibros Program at Hydra under renowned designer Ramon Pez and photographer Ana Casas Broda. The deeply intriguing imagery throughout Dessert First! chronicles Quevedo’s travels across the US, in between assignments, and through the democratizing lens of her 35mm camera. Visceral, tender, and with that signature Quevedo punch, Dessert First! is both an intimate and voyeuristic glimpse into urban and rural America.

Hanna Quevedo has exhibited her work in Spain, the US, and Mexico, where she frequently works with numerous media outlets, private clients, festivals, and art centers. Outside of her freelance work, Quevedo has been involved with several activist groups from the Bay Area and served as a photo-voice-teacher for kids from the Latino and LGBTQ communities at the Youth Leadership Institute. In 2016 Quevedo returned to live in Mexico City, where she continues to support her community as a photo-voice teacher at FAROS (Factories of Arts and Crafts), combating gender violence by deconstructing the idea of “romantic love” using analog photography.

“Hanna Quevedo’s analog photography invites us behind the eyes of a patient and confident visual anthropologist. Her photographs are recordings of her mindful studies in the art of human culture. Chasing with her lens the evolution of the human condition, she captures etchings of passing time, exchanges and feelings otherwise lost in the continuum of our consciousness as if to remind us of our intrinsic connection to each. The spontaneous subtle, half second moments in the faces of people and the environments her heart intuitively akin illuminate her prints. Her commitment to wandering the underground backstreets of the world’s working class, following steadfast with hopeful curiosity, she compassionately bleeds the lines between great photojournalism and the art of a strong woman finding her place in the world.”