I realised I had a camera in my pocket; my iPhone. So I pointed it at the moon through the trees, and I fell in love. 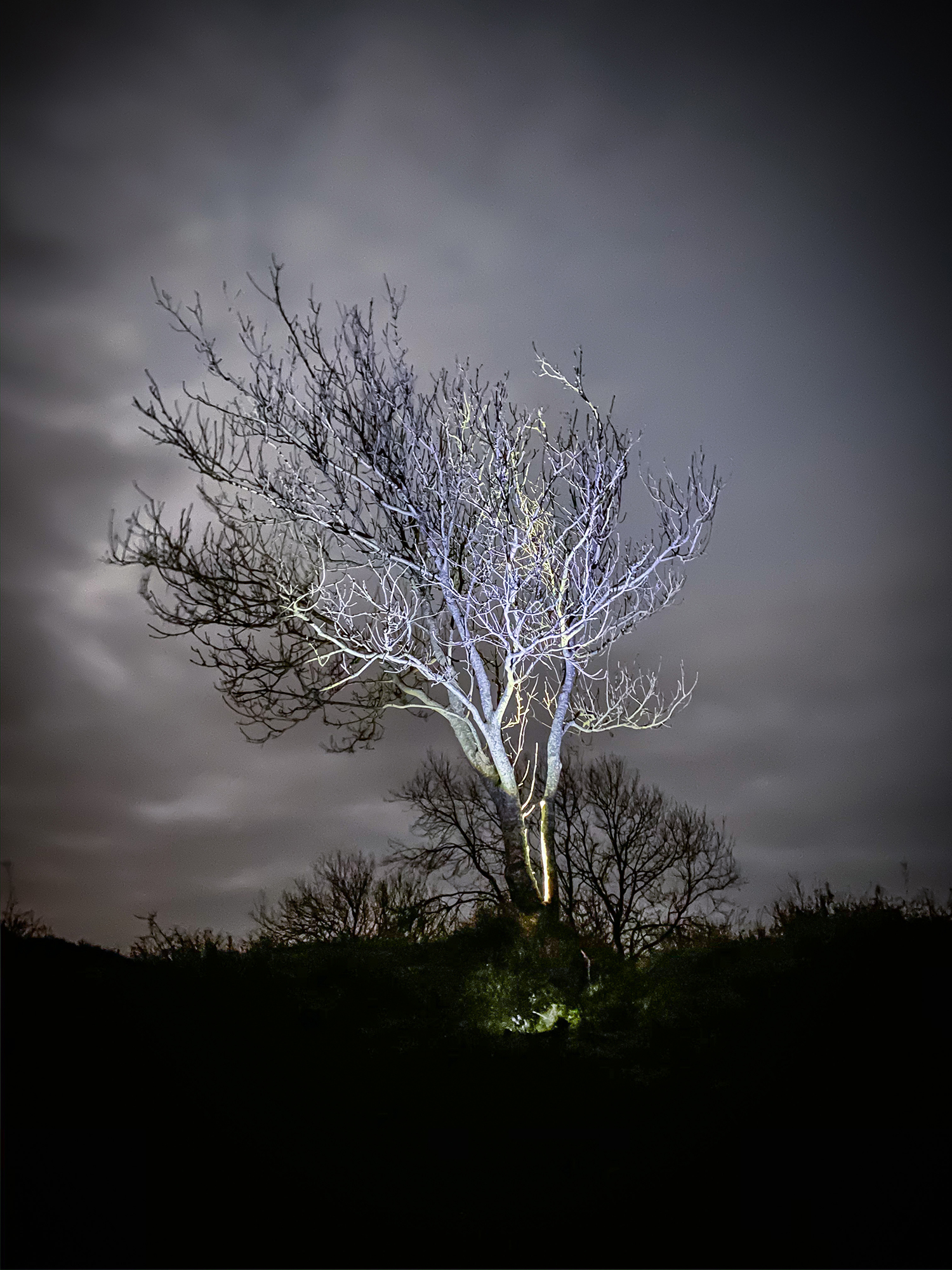 This project is a complete departure for me. I utilise a large-format camera for most of my work, and I often have an SLR camera with me. This is the first project I have created that fits in around other passions – music and running. Usually, as the year draws to a close, the nights draw in, and the weather turns colder, I stop running. I tend to run after work, off the road, in my ideal environment – Newton and Merthyr Mawr dunes, in South Wales. Off the trail running, at night, in an environment that has no artificial light, wasn’t a prospect that appealed, so I would always put running on hold until the sun returned in March. But at the end of 2019 that changed; I decided I would not stop. So one evening, after work, on a night filled with moonlight, I grabbed a torch, my phone, my headphones, the dog, and we ran.

So I went again, the very next night. And yet, the moon ran alongside me and helped to light my path. And it was then that I realised I had a camera in my pocket; my iPhone. So I pointed it at the moon through the trees, and I fell in love. Darkness, light, photography and music. Nights, lights, love, lyrics. An idea formed. I went out the next night, this time with a headtorch as well as my hand torch, and for the following images, I illuminated the trees. And I ran, and I shot, and I listened, and I loved it. That single hour per day became my release and my wellbeing. I decided that I would make a note of the lyrics that were playing at the time of image-making, and they became an accompanying narrative alongside the imagery.