Julia Abzaltdinova | Noise in the Park

In my work, I choose for visual nuisances, noises, dissonance, and reconstructed my vision of the abandoned, deprived park. 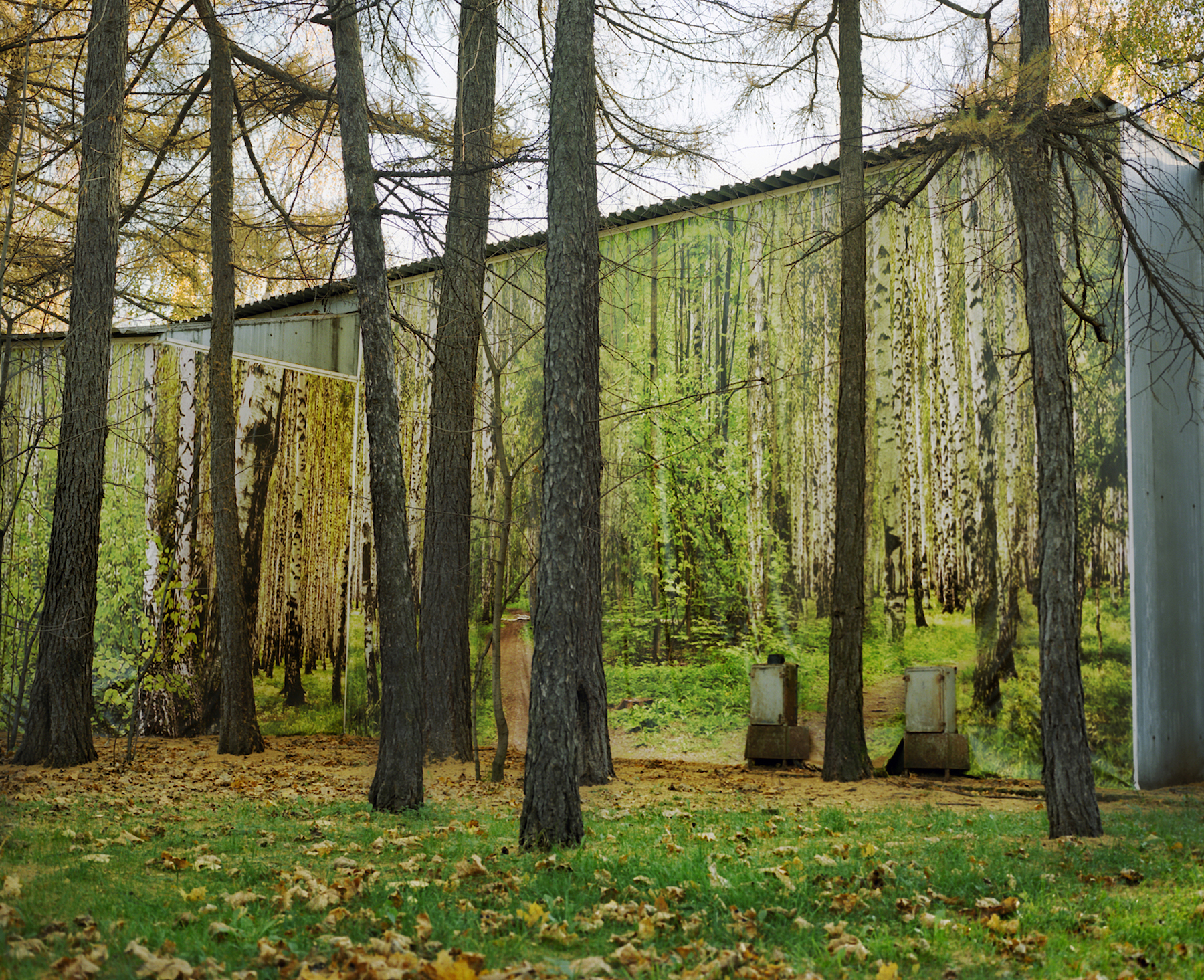 A park as an open grassy green area, designed for enjoying your leisure time, appeared on the wave of Romanticism in the XVIII century. Opened to public city parks appeared in Europe only at the beginning of the XIX century. Parks were promoting the cult of nature, harmony, quietness, and seclusion. The main idea of any park was to recreate an untouched or somehow reshaped part of nature. Some of the parks in Russia have remained since the time of tsars (estates and gardens), others were created during the communist's epoch (parks of culture and recreation, physical education).

At the moment, all of them are much more open and accessible for citizens, thanks to modernisation, and introduction of new elements. And in Moscow you will find some extremely positive examples of this transformation. But the result of such intrusions to the original structure or composition parks cannot always be right. Thus, drifting through Moscow parks, I search for places where the story of the transformation has moved into the wrong direction. In my work Noise in the Park, I choose for visual nuisances, noises, dissonance, and reconstructed my vision of the abandoned, deprived park.

Initially, the topics of my creative attention were the representation of national identity and fixation of traces of human influence on the natural landscape. I created projects in the genre of documentary photography, and later in the conceptual genre. I gradually switched from widespread to personal research. I concentrated on the topics of self-identification and a person's psychological choice in everyday action. My recent projects are aimed at the recognition of national neuroses and the study of behavioural reactions in interaction with old mediums, such as printed photographs. Experiencing personally, as an average person, the changes in my personal behaviour or opinion under the influence of real or imaginary pressure from other people, I feel more and more acutely the increasing pressure in my art. The search for my freedom and boundaries in art emphasized by the need for integration into the art market that dictates its own rules and is the system which manipulates the artist's liberty, opinion, and behaviour in favour of neo-capitalism. The modern society's trend is adaptability and the passive acceptance of the agreed order. It inversely makes me want to explore people's psychological reactions, and search for deviations from the norm, which become material for my projects.

Julia Abzaltdinova (born 1984) lives and works in Moscow, Russia. Julia's main themes are national identity representation and traces of human influence on the natural landscape. Studying at the Rodchenko Moscow School of Photography and Multimedia, Julia began her first project The Big Game (2010-2016) - a six-year visual study. In this project, the territory of Greater Sochi (Russia) shown as a space of global changes during the preparation for the XXII Olympic Winter Games. Delving deeper into her topic, Julia touches such problems as a mythology of place and time, quasi-patriotism, the archaeology of modern society, and traces of human activity. Abzaltdinova exhibited with The Big Game in 7 Russian cities, including the prominent festival of Modern photography Presence (St. Petersburg, 2017) and the Baltic Biennial of the photo (Kaliningrad, 2017). Expanding on the theme of national identity representation, Julia proceeded to the problems of self-identification of a modern office person in her project Chad (2018). Also, in the project Invisible life of plants (2014) Julia observes the biotic and abiotic factors in the formation of urban life in Krasnoyarsk, delving into the theme of traces of human influence on the natural landscape. Although primarily based in Moscow, Julia also works in Sochi and the Urals.