Photography and time have always been deeply intertwined. 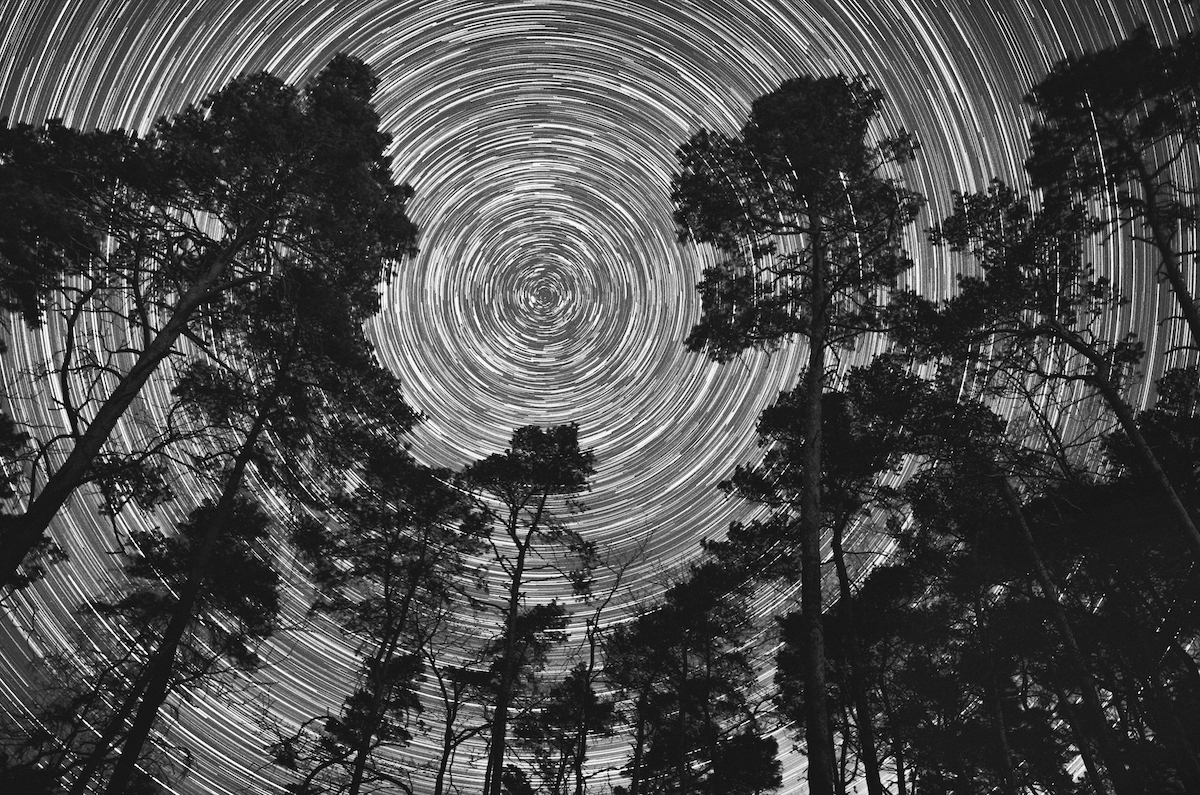 Photography and time have always been deeply intertwined. In my photographic project, the concept and the passage of time are represented both historically and metaphorically. The visual style calls back to the aesthetics of the Pictorialism movement, popular between the end of the 19th and the early 20th centuries. At the same time, the works of Alfred Stieglitz and Edward Steichen present significant sources of influence and inspiration for me.

The preference of dark, blurry scenes and specific tonality and mood imparted on the picture by the artist’s personality were at the core of the pictorial expression due to the interest in emulating paintings and elevating photography to a high-art status. This presents a fascinating connection back to the essence of photography and the word itself, roughly translated from Greek as "painting with light".

As I have been deeply interested in starry skies from an early age, I chose the star-light to be the painter in my pictures. But there is a deeper meaning to this choice as well. Each bright speck in the sky is a star that sent its light hundreds and sometimes even thousands of years ago on its way to Earth, where it was eventually photographically captured. It is awe-inspiring to wonder what humanity and Earth looked like at each of those past moments, but also to realise that each photograph shows a collection of light from completely different epochs, combining them into one centuries-encompassing picture.

Nikita Roytman was born in the last millennium in Kyiv, Ukraine. His primary fields of interest during childhood and adolescence, astronomy and photography, culminate beautifully in his recent artistic endeavours. The former got explored in much scientific detail during physics and astronomy studies at the University of Heidelberg. At the same time, the latter took a professional turn during the years as the photographer’s assistant in an old studio in Heidelberg. There, Nikita was granted an opportunity to learn a profoundly humane and aesthetic approach to photography while at the same time discovering his inner philosophical view of this art form and developing his style and vision. After relocating to the city of Leipzig, Nikita Roytman has been active as a freelance photographer and artist since, while working on his current projects, such as "Nocturnal Mood of Time" and "Noctilucent Days" and developing new ones.