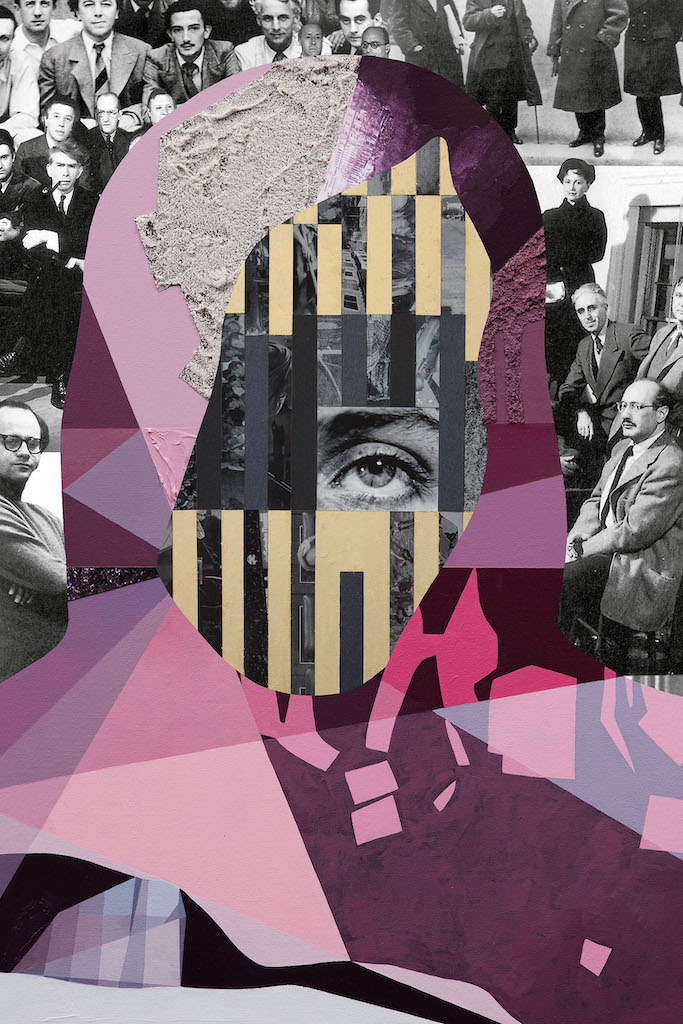 In 2009, the artist Anna Ostoya created a booklet with textual collages using an essay by the political theorist Chantal Mouffe, ‘Politics and Passions: The Stakes of Democracy’ (2002). In the essay, Mouffe critiqued the then-dominant ‘beyond left and right’ politics of neoliberalism and warned of its dangers – the rise of right-wing populist parties. Fascinated by Mouffe’s strikingly prophetic ideas, as well as her bold call to fight the status quo in order to radicalise democracy and to prevent violence, Ostoya returned to the booklet in 2019.

She composed for it a series of portraits based on sketches of people on the New York City subway and on reproductions of her paintings and collages from the preceding decade. She also conducted a conversation with Mouffe about the politics of the last forty years, about the contemporary moment and about art, which is included in this publication.

Chantal Mouffe (b. 1943, Belgium, based in London) is an intellectual activist best known for her post-Marxist and post- structuralist work on politics. She has taught and researched at the University of Westminster in London and at many universities around the world. She wrote For a left-populism, Agonistics, The Democratic Paradox, The Return of the Political, The Dimensions of Radical Democracy, The Challenge of Carl Schmitt, and, co-authored with Ernesto Laclau, Hegemony and Socialist Strategy.