The Boys are now older men

Photobook about a group of old friends in New York 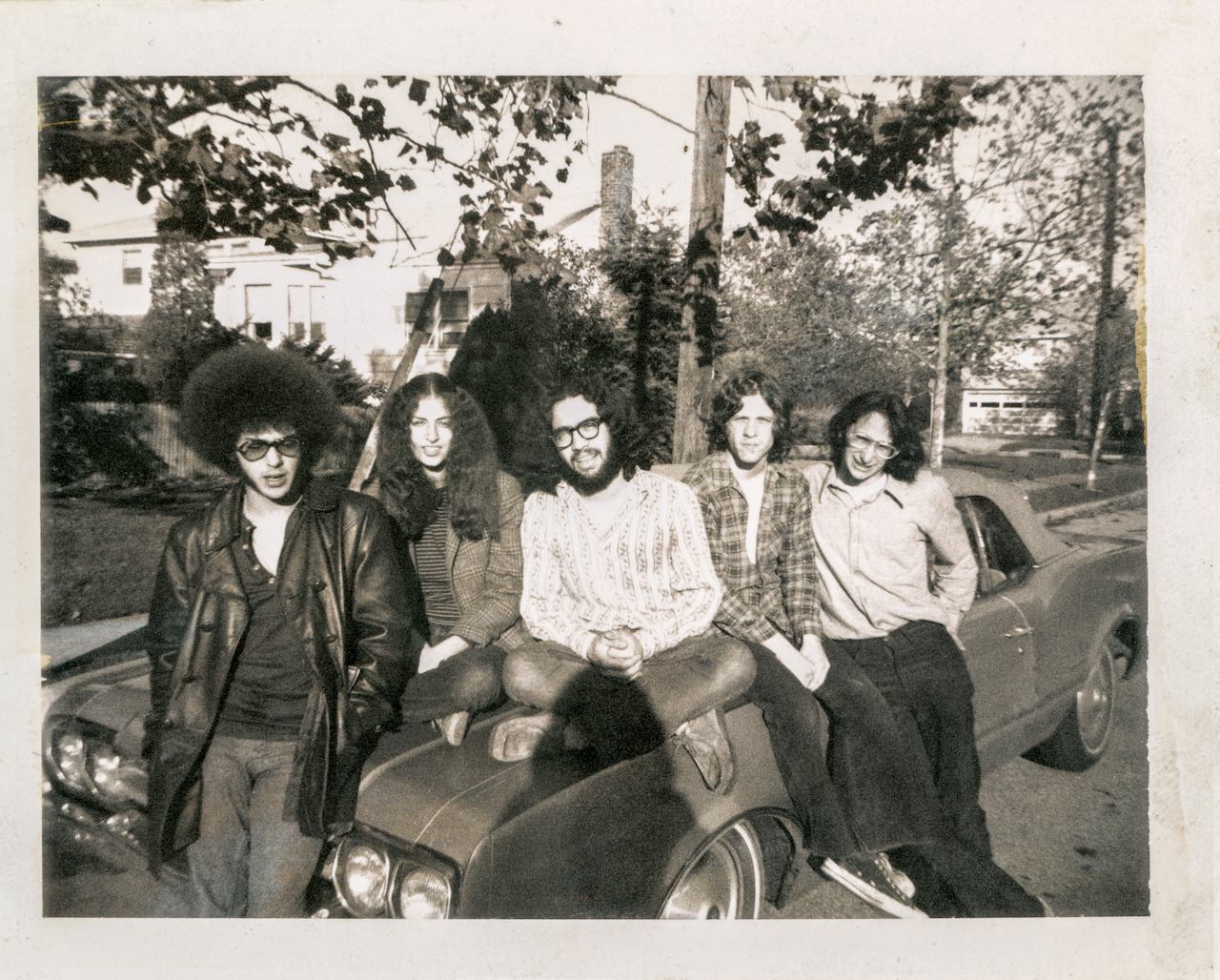 Everyone of a certain age tends to look at old yellowed photographs from his youth with nostalgia. If so, you see young, healthy people enjoying life, full of hope for a promising future and seemingly without much concern for the often-fractious state of the world. When you look at the old photos in Rick Schatzberg's book The Boys, you also get a feeling of nostalgia for the hippie period of the 70s, when the men had long hair, beards and moustaches, and wore denim jackets and colourful jumpers.

The old colour snapshots in the book, which are still in an apparent good condition, show mainly smiling young men. They are all friends of Rick Schatzberg (1954), who formed a close group in the post-war years. They simply called themselves The Boys. They often seem to have a lot of fun and enjoy the time they spend together. You wonder if such intense pleasure can still exist these days with tensions, climate crisis and a pandemic.


But if you open the folded pages, you see portraits of older adults, photographed semi-nude. These men still seem to have energy, but the carefree looks have disappeared from their faces. Suddenly we are in the present, and we see how Schatzberg's friends have aged, became calmer and more fragile.

The photographer had the idea of making a tribute to his friends when he heard that two of them had died, one from an overdose and the other from a heart attack. In the book, we read: "The death of friends wakes you up to life in a way that makes the past seem like sleepwalking." Death indeed makes the consciousness of time starkly present.

Rick Schatzberg wanted to capture how the Boys lived in the old times and how they look now, but he also captured that these friends are still a, albeit less powerful, unit. But perhaps his friends are only mirrors for the photographer, for in portraying them, he is confronted with the speed of time.  We read in the preface: "As I observe my friend, I detect an unpredictable shift in spirit that appears at the threshold of old age." And at the end of the book, we read: "Time accelerates as we age." Clear clues.

To exorcise this ageing process, Schatzberg collected the old, often blurred but vivid colour photographs of their youth and made solemn and honest portraits with his 4x5-inch analogue camera. By hiding the serious and often confrontational portraits in the pages behind the carefree images of the 1970s, craftily designed by the Dutch book designer Sybren Kuiper, a confrontation with time, ageing, and fragility is created. The question that arises with this book, The Boys, is how these men see their own lives. Are they happy? Have they achieved their childhood ideals, or are they disillusioned in the times they are living now?

More About the book

Against aestheticism and neutrality

Taking “Future(s)” as its theme, this years festival tackles many contemporary issues.
News
•
Next
Back to Magazine