The Migrant Workers of India

A story about migrant workers during lockdown 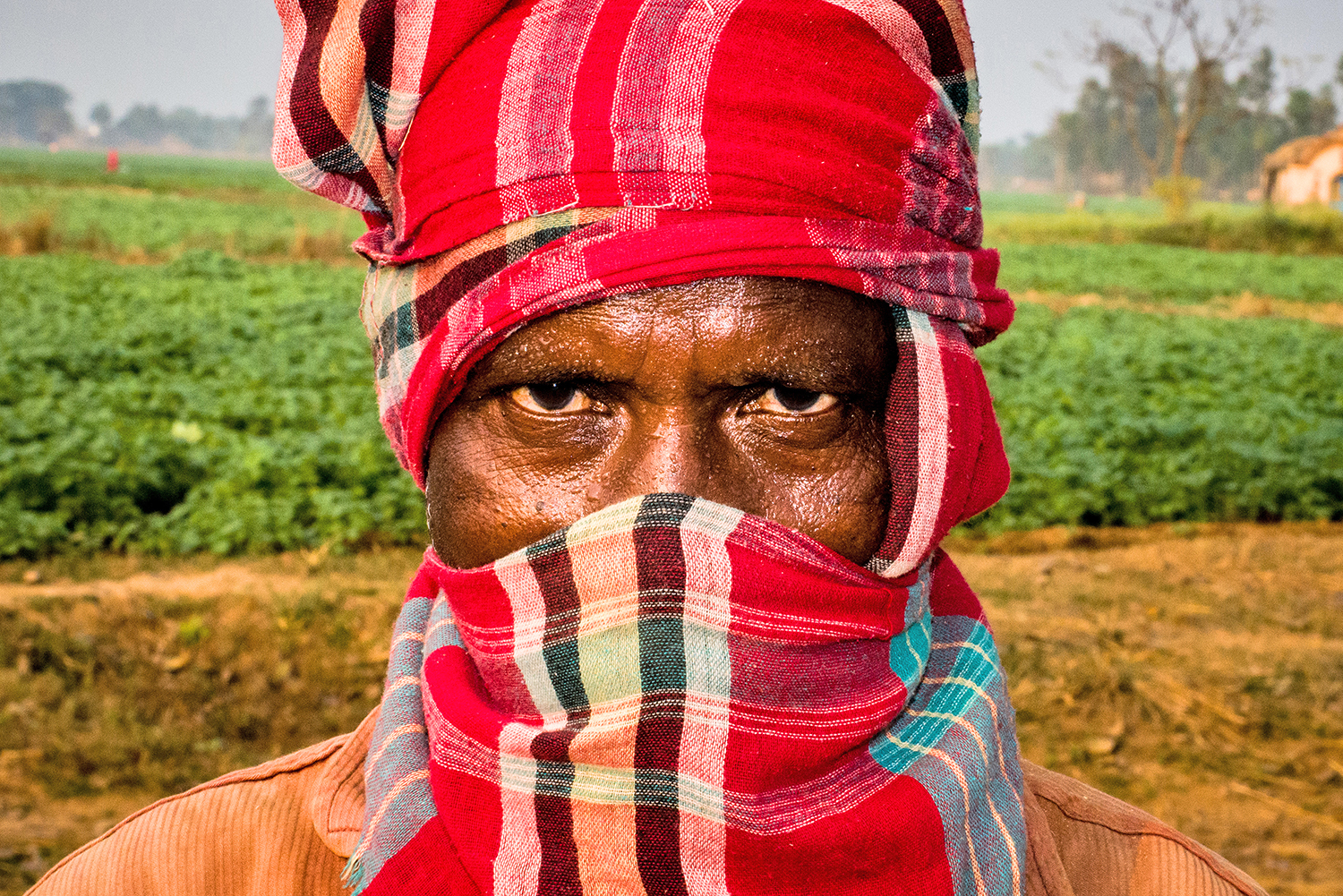 © Shubhodeep Roy | The Worker at The Farms

This story is very close to my heart. Each of the shots is a story documented during the lockdown. I have tried to tell the story of some migrant workers, who recalled their horrendous experiences during the Covid-19 lockdown in Kolkata, India, where they had migrated with their families to work as casual construction labourers, street vendors, and some other jobs. This story is about their anxieties of returning to their hometown. In Kolkata, they had been stuck for over a few months with little food and money. I was reflecting on the large numbers of migrant workers who migrate from remote, rural regions of Bihar to big cities in West Bengal and Assam.

These workers included helpers in a household enterprise and who did not receive a regular salary and casual labourers who received daily wages; besides this, the number consists of only those in the bottom 50% of the wealth pyramid in 2017-18, based on their monthly per capita expenditure. This number extended to an estimated 25 million people if those who had salaried jobs but did not receive any paid leave and other benefits were included.

Migrant workers numbered more than 8.1 million people among this segment. Indian migrant workers during the Covid-19 pandemic have faced multiple hardships. With factories and workplaces shut down due to the lockdown imposed in the country, millions of migrant workers had to deal with the loss of income, food shortages, and uncertainty about their future. Following this, many of them and their families went hungry. Thousands of them then began walking back home, with no means of transport due to the lockdown; in response, the Central and State Governments took various measures to help them and later arranged transportation for them.

According to me, heroism does not always mean an act of bravery. Heroism is also staying strong during the harsh, intense times and taking care of all his responsibilities. In my eyes, they are all heroes who fought hunger, poverty along with the virus. I had a little chat with them, the people I have documented, to know their untold stories.

The Government’s decision to impose lockdown restrictions has spelled trouble for daily wagers in the state. Hand-rickshaw pullers, whose livelihood depends on ferrying people to and fro regularly, are facing a pecuniary crisis. A shot of a fifty-year-old rickshaw puller Balbir Mahato who said that a good day would fetch him Rs 300-200, but now making Rs 30 to 40 is a big task. If people do not come out, how could he work and earn money? He arrived in Kolkata from Jharkhand to work as a rickshaw puller nearly two decades ago, he stated that he cannot go back to his native place as he feels there is no work to be found there. The sole earner of his family, the anxiety about how he will keep going should the so-called lockdown be extended.

A shot of an unknown garage mechanic working during the lockdown in order to earn some money, since most of the garages were closed, he still tries to open it for a short span of time hoping to gain some customers, but there are very few and most of the days there are no customers at all due to the restrictions on private vehicles, he still hopes that someday thing will become better for him and his business will resume again.

I have tried to tell the story of Ram Das, a migrant worker from a small town in Bihar, India, recalling his horrendous experience during the Covid-19 lockdown in Kolkata, where he had migrated with his family to work as a local fruit seller in a market. His anxieties about returning to his hometown in Bihar. This shot was taken in Kolkata, West Bengal near the Esplanade bus stand, where hundreds of workers were waiting and trying just to be on a bus that leaves for Bihar. I had a little chat with him where he told me his name, what he does, and how he is surviving the lockdown with his wife and children and for how many days he is trying to return to his hometown. In a bid to contain the spread of coronavirus infection, the government of India announced a nationwide lockdown in March 2020. But what followed over the next few months was the exodus of migrant workers from cities to their native places.

A shot of a local non-essential shop that got severely affected due to the Covid-19, Over the past year, India has emerged to be one of the worst affected nations globally by the Covid-19 pandemic, the resultant lockdowns, which are springing up again across the country with the rise in cases had an impact on thousands of small scale business. As only the essential services (medicine and grocery) were only allowed to open for a short span of time. The workers of these small shops were the ones who were affected the worst, as many of the workers and laborers were migrants and they were noteven paid properly. This is a shot taken before the 2nd wave of Covid-19 when the guidelines of the lockdown were a little linear and these shops were given permission to open for a few hours only. Even after opening, these shops suffered huge losses due to fewer customers.

A shot of Adinath Sahu, a taxi driver from Kolkata, who migrated from a small town in Bihar to work as a taxi driver in the city. He was without income due to the lockdown. In this situation he finds it very difficult to pay the rent of the house, patrol for his vehicle and his food expenses. His little cash reserves are running out, and any further extension of the lockdown period is bound to push him and many other taxi drivers like him into desperation. Their fear that the worst is yet to come is not unfounded. For many, keeping the vehicles idle for a stretch of a few weeks has already started causing deterioration in the condition of the battery and other things. The wounds of the previous lockdown itself hadn’t healed. Many taxi drivers are still paying off debts incurred during the previous lockdown in 2020. The government had allowed the movement of taxis for emergencies during the lockdown. However, Adinath said it is not feasible to run the cab depending on those customers. Facing troubles in the second wave of the virus, several taxi drivers sold off the cars to make ends meet. My protagonist doesn't even know how this will end, but every day he risks his life to the virus to earn some money so that he can return home when the lockdown will be over.

This picture was shot at an empty bus stand in Kolkata. Usually, during the regular days, the bus stand in the heart of the city is full of crowds and hustle-bustle, but due to the lockdown, the area was deserted. I found this man selling balloons in the street. After having a little chat with him, he explained how he was severely affected by the lockdown. Men like him, who have left their hometown and have shifted to big cities, hope to earn some money for his family. And since the transportation system is closed, they can’t even return back to their village also.
‍

This picture was shot in Kolkata. This man was selling toy parrots. I found it very interesting as the man was odd in that environment. So, I ducked in the road to take a low-angle shot of the man holding the birds, and luckily it was the time in the evening where all the birds (especially crows) were returning to their nests. That's how I got the shot. I have tried to juxtapose the real birds with those fake ones; this shot was taken during the six-month lockdown. Local vendors like this man were severely affected as they could not step outside the home. His business is falling due to the restrictions imposed by the government. However, this local vendor who has left his village and shifted to a big city in search of a decent income has anyhow stepped out of his house, risking his life to the virus and was selling toy parrots in the hope that someone would buy them.The reaction in the man's face shows it all that hope is a good thing, probably the best of all things, and no good thing ever dies. Apart from all the hardships and pain, this man believes that someday things will change and life will be better.

I believe all those people who have left their hometown and sacrificed their safety and life to work and to take care of their families are heroes. These people are just the representative of all those unsung heroes. In life we get in touch with so many people, people divided in their different worlds and only their stories stay in our hearts.

Shubhodeep Roy is a 20-year-old student photographer based in Kolkata, India. He is pursuing a Bachelor's Degree in Commerce from the University Of Calcutta. Photography is his hobby and he has started doing it from a very young age. Borrowing his uncle's Nikon D60 camera. For him, photography is all about living in the present moment, the candidness. He loves to try and explore various genres of this beautiful art. A few of his achievements in this field are. He is the winner of Commended prize in Siena Creative Photo Awards 2021 (ITALY), winner of the Best Photo Award in Welcome to Asia Photo Contest (JAPAN), winner of the 3rd Prize in Portrait Category in 2nd Life In Another Light Photo Contest (USA), winner of the 3rd Prize in Positive Photography Competition organized by the University Of Pécs (HUNGARY), winner of the 1st prize in Natural World category in Young Amateur Photographer Of The Year, 2021(UK). He is also a monthly award winner of the CEWE Photo Award (GERMANY). His shots have been exhibited in European Union Delegation to the Council of Europe in Strasbourg (FRANCE), VI International Festival of Photography in Vitebsk (BELARUS), Youth festival-photo competition "GENERATION" (RUSSIA), Islamic University (BANGLADESH), Kolkata International Photography Festival 2019, Chennai Photo Biennale's #My2020Hero Initiative, THC Chiiz World Photography Day Exhibition, and in The Lensation 2020. A few of his publications are in The Times (UK), Photo Weekly Magazine (GERMANY), Amateur Photographer (UK), Better Photography Magazine, The Live Wire, Asian Photography Magazine, Chiiz Photography Magazine, Indian Photo Arts, Progressive Street (ITALY), ProgressivE-zine Magazine (ITALY), Social Documentary Network (USA), Private Photo Review (FRANCE), Ei Samay Newspaper(Regional Bengali), and Vogue Italia. He was also featured in Leica India, Sony World Photography Awards, Picture Of The Year Asia, ABP Education, and an editorial by Wipplay (FRANCE) called "Weekly Talent Run #09.2021".
Title Photo Series: The Migrant Workers Of India